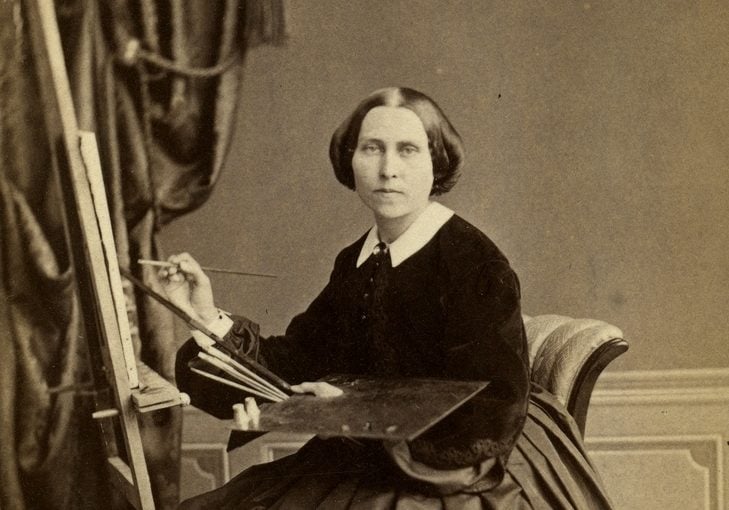 Mainstream history often overlooks women’s contributions. That’s why the fact that in Scandinavian countries, women took up photography as a profession from the early days, and were as successful as male photographers, remains unknown by most. Let’s change this and learn about five Swedish female photographers and their work.

Wilhelmina Catharina Lagerholm (1826–1917) was a Swedish painter, illustrator, and early professional female photographer. She studied art in Stockholm, Paris, and Düsseldorf and became skilled as a portrait painter.

She mainly devoted herself to portrait painting though. In 1862, she chose to put the brush aside and instead opened a photography studio in Örebro. From 1862 to 1871, she worked as a photographer in Örebro but moved to Stockholm. In 1871 she also became a member of the Academy of Fine Arts.

Aurora Valeria Albertina (Bertha) Valerius (1824–1895) was a Swedish portrait painter and portrait photographer. She studied art at the Academy of Fine Arts in 1849 and furthermore was one of the first women granted permission to study there. In 1852 she received a scholarship for an extended study trip to Düsseldorf, Dresden, and Paris.

When she returned to Sweden, she started portrait painting and participated in the Academy’s exhibitions in 1853 and 1856. Returning home, she opened a successful photo studio in Stockholm in 1862, and she thus became one of the very first female photographers in Sweden. In 1864, she became the first woman to be appointed royal portrait supplier. During this time, business cards were one of the most common assignments for a photographer and in 1865 she presented the royal family with 120 business cards.

Rosalie Sofia Sjöman (1833–1919) was one of the elite Swedish photographers from the 1860s and 1870s. She probably worked as an assistant to Carl Johan Malmberg, who in 1859 built one of Stockholm’s first photographic studios. After her husband’s death, she quickly became one of Stockholm’s most sought after photographers. She had about ten employees and later opened branches in Kalmar, Halmstad, and Vaxholm. Furthermore she was familiar with the most advanced techniques and coated her images with a thin film of collodion to obtain a luminous effect. She also made dye-colored portraits.

Selma Ida Jacobsson (1841–1899) was a Swedish court photographer. She trained with Bertha Valerius and then studied in Vienna and Ghent. Later she established a studio in Stockholm in 1872. She took over her first studio after Bertha Valerius. Among her clients were mainly diplomats and high society. In 1899 she became the official royal court photographer but died later that year. She was the sister of opera singer Agnes Jacobsson and architect Ernst Jacobsson.

Anna Charlotta Ollson (1841–1926) in Karlstad was a Swedish photographer and a well-known figure in Karlstad’s history. She worked as a photographer for 53 years and documented the city through almost 30,000 photographs. Her photos of the city gained much importance after Karlstad suffered a devastating fire in 1965. In 1872, the 31-year-old Ollson established her own Ateljé Anna Ollson. Among the people who ended up in front of Ollson’s camera are Gustaf Fröding and Selma Lagerlöf, members of parliament, and Karlstad residents.

For more photos by pioneering women photographs, visit this gallery on Europeana.