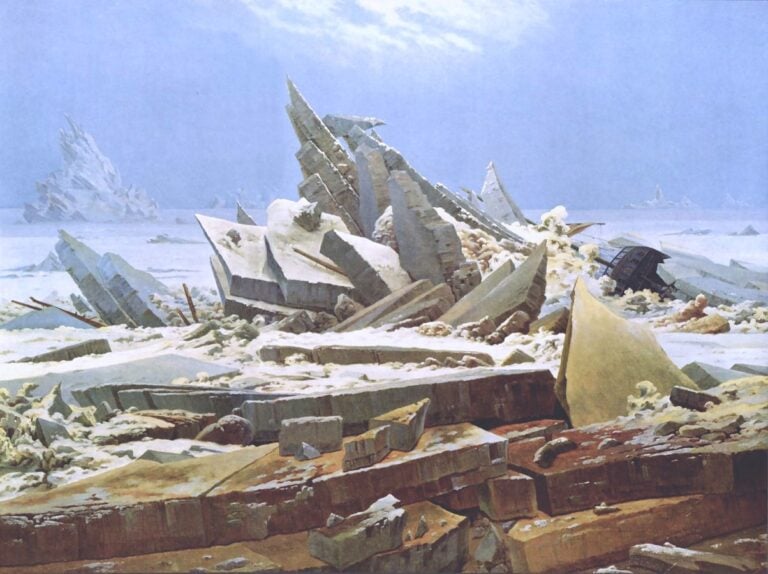 Caspar David Friedrich, one of the most important German artist of his generation, was born on this day in 1774. He is mostly known for his allegorical landscapes with contemplative figures silhouetted against night skies, morning mists, barren trees, or Gothic ruins. Mysterious and mystic atmosphere were his domain. Find out nine things you probably didn’t know about Caspar David Friedrich:

1. He Was the Son of a Candle-Maker and Soap Boiler

Friedrich was born in the Pomeranian town of Greifswald at the Baltic Sea. His father Adolf Gottlieb Friedrich was a strict Lutheran, a candle-maker and soap boiler. He was the sixth of ten children.

2. His Life Was Full of Personal Tragedies

His mother, Sophie, died when Friedrich was just seven. A year later, his sister Elisabeth died, while a second sister, Maria, died of typhus in 1791. But that was nothing comparing to the greatest tragedy of his childhood, when in 1787  his brother Johann Christoffer died at the age of 13. Caspar David witnessed his younger brother fall through the ice of a frozen lake and drown. Some accounts suggest that Johann Christoffer died while trying to rescue Caspar David, who was in danger playing on the ice.

3. He Experimented with Printmaking

During his early period, Friedrich experimented with making etchings and designs for woodcuts, which his furniture-maker brother cut. By 1804 he had produced 18 etchings and 4 woodcuts; they were apparently made in small numbers and only distributed to friends.

4. He Won a Competition Organized by Goethe

Friedrich became a famous artist when he won a prize in 1805, which established his reputation. It was a competition organised in Weimar by the writer, poet, and dramatist Johann Wolfgang von Goethe. Friedrich entered two sepia drawings – Procession at Dawn and Fisher-Folk by the Sea – the poet responded enthusiastically and wrote:

“We must praise the artist’s resourcefulness in this picture fairly. The drawing is well done, the procession is ingenious and appropriate… His treatment combines a great deal of firmness, diligence and neatness… The ingenious watercolour […] is also worthy of praise.”

5. He Was the Master of Symbolic Expression

In June 1835, Friedrich suffered his first stroke, which left him with minor limb paralysis and greatly reduced his ability to paint. He became limited to watercolour, sepia and reworking older compositions.

7. He Died Solitary and Sad

Friedrich’s reputation declined over the final 15 years of his life. Romanticism was not in fashion anymore. The artist came to be viewed as an eccentric and melancholy character, out of touch with his times. By 1820, he was living as a recluse and was described by friends as the “most solitary of the solitary.” He lived in poverty and was dependent on the charity of friends.

During the 1930s, Friedrich’s work was used in the promotion of Nazi ideology, which attempted to fit the Romantic artist within the nationalistic Blut und Boden. It took decades for Friedrich’s reputation to recover from this association with Nazism.

9. He Helped to Establish Landscape Painting