Why is St Sebastian a Gay Icon? 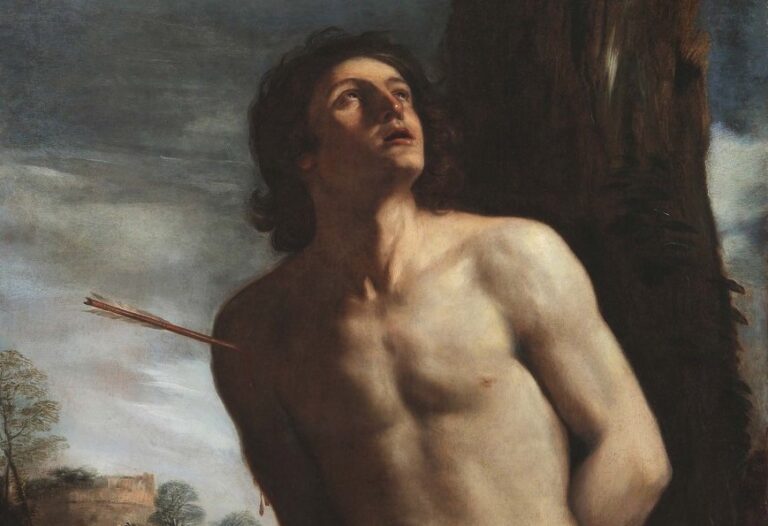 Pride in the Pandemic: Remembering Keith Haring, Our Rainbow Angel

One may think that Christian saints have little in common with gay culture, but there is an exception to every rule. If you see a handsome guy in his early twenties perforated by arrows, you know it’s St Sebastian, probably the earliest known gay icon. However, what does a captain in the Praetorian Guard, killed for converting Romans to Christianity, who is the patron saint of soldiers and athletes have to do with that?

First of all, Sebastian was not killed by arrows. He was rescued from the stake by St Irene of Rome to later harangue Diocletian for his paganism. Unmoved by his tenacity, the emperor had Sebastian clubbed to death and his body dumped in Rome’s sewers.

History, however, is far from the visual arts and iconography established by the painters of the Renaissance. St Sebastian is always shown at the stake, punctured by arrows, awaiting martyrdom with eyes raised to the heavens. His tense, naked body, covered only by a narrow loincloth, fueled the imagination of painters to such an extent that he might be the most frequently portrayed male saint in art history.

The paintings of St Sebastian, with their languid eroticism, made men see in him “at once a stunning advertisement for homosexual desire (indeed, a homoerotic ideal), and a prototypical portrait of a tortured closet case,” as journalist Richard A. Kaye wrote. Yukio Mishima, one of the most important Japanese writers of the 20th century, wrote in the autobiographical Confession of a Mask (1949), that a glimpse of a reproduction of Guido Reni’s painting (which is also the cover of this article) marked the beginning of the author’s sexual self-discovery.

Why St Sebastian and not any other saint? Susan Sontag, the novelist, pointed out that his face doesn’t register physical pain, that his beauty and his suffering are eternally divorced from one other. A moving reference to all suffering gays, isn’t it?