Leonor Fini: I’m Not a Muse, I’m an Artist 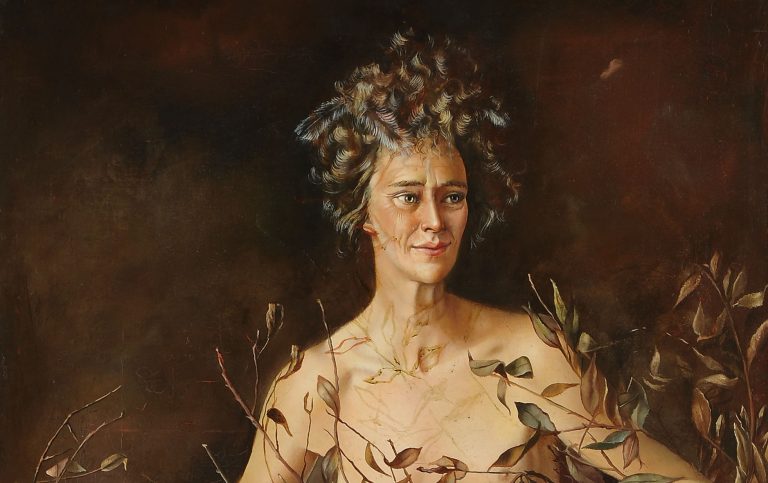 Leonor Fini didn’t agree with André Breton about the role of women in art: the father of Surrealism saw women solely as muses inspiring male genius, whereas Fini reckoned, and proved with her art, that women can become artists equal to men. Discover her art!

She was born in Buenos Aires in 1907 to an Italian mother and an Argentinian father. The parents separated early and Fini moved with her mother Malvina to Trieste, a city in the Austro-Hungarian Empire which at the beginning of the 20th century was a cosmopolitan pot of mixing ethnicities and cultures. This is how she met avant-garde writers James Joyce and Italo Svevo, who introduced her to modernist thought.

After her schooling in Trieste and Milan, Italy, she traveled to Paris in 1931 with her fiancé who also happened to be a prince… Yet, having met and developed close relationships with Henri Cartier-Bresson and many Surrealists such as Paul Éluard, Salvador Dali, Man Ray, and Max Ernst, who became her lover for a time (oh, Max, he had affairs with so many women!), she abandoned the idea of marrying the prince for the sake of art, especially that just a year later she had her first one-person-show at a gallery directed by Christian Dior.

Despite friendships with the Surrealists, she never stuck with the group, maybe because she couldn’t stand Breton’s misogynistic views, and she retained her own, original style which attracted a lot of interest also in the States, where she was invited to participate in the groundbreaking exhibition at MoMA Fantastic Art, Dada and Surrealism in 1936.

Quickly did she meet a new lover, the writer André Pieyre de Mandiargues, with whom in the summer of 1939 she traveled to Arcachon in the southwest of France to wait out the war. She spent there a year, mostly hanging out with Salvador and Gala Dali, before moving to Monte Carlo where she met Stanislao Lepri, the young Italian diplomat, who became the love of her life. They moved together to Rome, where Leonor met the Italian actress Anna Magnani and the neorealist director Luchino Visconti, yet as soon as he heard of the liberation of Paris in 1946, she returned to France.

She was a talented portraitist of her milieu, yet it was for the subjects of her narrative paintings that she became most famous. She treated in her painting the theme of a complex relationship between male and female, often presenting females as more powerful and dominant. Women often take the form of a sphinx, with whom she identified and often gifted it with her own face, while men are shown as weak and androgynous. Apart from sphinxes, other living creatures most popular in her work are cats, her real friends and life companions (Leonor never married and lived only with cats).

Moreover, around 1945 she turned to designing stage sets and costumes for the theater (La Scala in Milan), opera (Paris Opera and the Metropolitan Opera Association), ballet (Roland Petit’s company Ballets de Paris and George Balanchine’s ballet Le Palais de Cristal), and cinema (Federico Fellini’s 8 1/2, and John Huston’s A Walk with Love), which she did until 1969.

Erna Rosenstein was born Jewish. This fact weighed on her whole life because Rosenstein’s family lived in Lviv, Ukraine, and to complicate...