Global Landmarks Viewed from High in the Sky 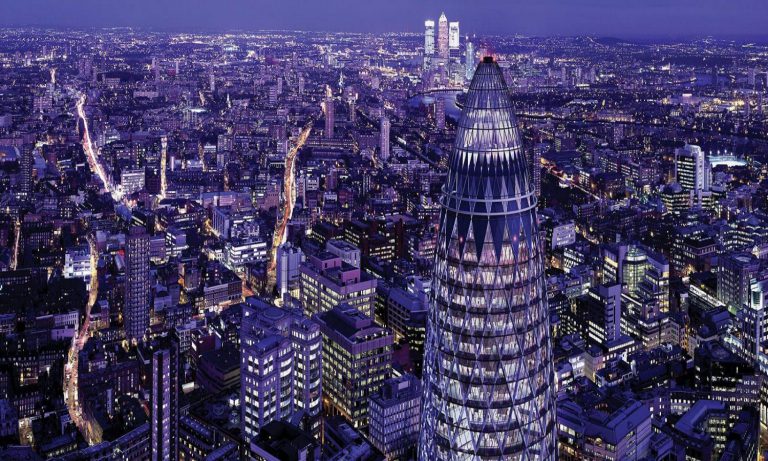 The Gherkin Building, London, England, UK. Searcys at the Gherkin.

Largest Religious Monument in the World: Angkor Wat in Cambodia

If you are someone who does not deal well with heights, perhaps proceed through this article with caution. Because even though they are only images on a computer screen, these depicted landmarks from around the world are still very much awe inspiring when seen from high in the sky.

Whether a naturally occurring landmark, the layout and design of a city, or a man-made architectural wonder from centuries past, the following images will leave you with a sense of wanderlust during these crazy times. Enjoy the colors, the shapes, the aesthetic, and the beauty of the following landmarks from around the world as viewed from above. Travel virtually from the comfort of your own home to a handful of these more well-known places. From all angles, they look much like works of art in their own right.

Asia from high in the sky

The landmarks below represent both a modern and ancient look at Asian landmarks: from the fast paced Bangkok’s relatively modern war memorial, to an ancient Buddhist temple held sacred in the hearts of Buddhist devotees.

No, you are not looking at a photograph of an eyeball. This photograph, capturing the fast-paced Bangkok, is of the city surrounding the Victory Monument as viewed from directly above. The obelisk-shaped monument sits in the middle of one of today’s busiest Bangkok intersections. Erected in 1941, the war monument pays tribute to those who fought in the Franco-Thai War (1940-1941).

The Shwe Dagon Pagoda, located on Singuttara Hill, is perhaps the most notable landmark in Yangon. The Buddhist temple complex consists of painted solid gold bricks. According to local legend, the Pagoda was constructed over 2000 years ago.

Though it looks rather one-dimensional on the screen, it rises 326 feet on Singuttara Hill, which is a further 168 feet above the city. It is one of the most important reliquary monuments in the world, believed to contain the bodily relics of Buddha (Gautama), as well as relics pertaining to more recent Buddhas.

Africa from high in the sky

National landmarks are oftentimes naturally occurring or formed, such as the following image of the Reggane rock formation in the Sahara Desert in Algeria.

Referred to as the “triangle of fire,” this excessively hot region sees very little rain. Viewed from above, it appears as an abstract painting with the natural swirls and colors in the rock formations.

The below image may look abstract from afar. However, it is in fact an aerial photograph from above Tsavo National Park. The lone Acacia tree is the focus of the photograph, which shows lines in the desert ground most likely from animals coming and going to that one spot.

North America from high in the sky

There are so many landmarks to see in North America that it is hard to narrow it down to one or two. Just like how individual countries have their specific places of cultural importance, each US state has its own National Landmark. Besides the Space Needle, the Golden Gate Bridge, or the Alamo, general lists include the following as well.

The Grand Prismatic Spring in Yellowstone National Park is the third largest spring in the world. At 121 feet deep and 370 feet in diameter, the naturally occurring spring gets its color from bacteria around the edges of the spring.

This symbol of freedom and democracy was dedicated in the United States in 1886. It was not until 1924 that the copper and steel statue was recognized as a National Monument. Lady Liberty was designed by French sculptor Frédéric Auguste Bartholdi and built by Gustave Eiffel (Ever hear of the Eiffel Tower?). From above, what captures the viewer’s eyes is the hendecagram shape with its 11 points. It is not symmetrical, but it comes close.

South America from high in the sky

Across the plains, mountains, ancient settlements, and forests of South America, there are several options to choose from when one wants to look at landmarks from high above in the air. Below are two we think you might find intriguing.

The City of Brasilia, Brazil

Do you often wonder how city planners think? Take a look at the image below and you might find yourself questioning why the city planner, Lucio Costa, alongside Brazilian architect Oscar Niemeyer, designed Brasilia to look like a plane when viewed from the air. Designed and built during the 1950s, when air travel was king, the city was divided up according to the layout of a “plane:” the wings are residential areas and the body of the airplane houses government and cultural buildings.

Overall, at the city center, the creators designed it to be a place where people went to work, not where they were meant to live fun and exciting lives. Because of this and other reasons, there are many question whether or not the design is aesthetically pleasing. However, there are those who argue that it’s still a relatively new city, in the whole scheme of the world’s timeline and that given time, it will gain more appreciation.

The below image looks more like an abstract painting than a photograph of sand patterns in Argentina. The colors vary depending on several factors: red from iron in the sand, black from volcanic activity, and the white, as seen below, is snow.

Europe from high in the sky

The following two landmarks in Europe are far apart in style and origin date. But both are memorable landmarks in their respective cities.

The 16th century centerpiece of Moscow’s Red Square is famous for its colorful domed towers. The array of colors and patterns causes the cathedral to look much more like candy than architectural pieces of history. Inside the whole cathedral, underneath the colorful domes, are 9 separate small chapels.

Ivan the Terrible commissioned the cathedral in the 1550s as a memorial to the assault in Kazan and today it is known as a UNESCO World Heritage Site. In the roughly five centuries since its conception, it has been the target of planned attacks and destruction. Despite this, the cathedral still stands today as a secular visiting point in the city.

The Gherkin building, also known as 30 St Mary Axe, is one of London’s most recognizable pieces of architecture; that is, besides Big Ben, the London Eye, or Buckingham Palace. The modern building, designed by British architect Sir Norman Foster, took two years to complete and ultimately opened in 2004. The multi-purpose building, home to offices, a restaurant, and a bar, rises 591 feet and 41 floors above the streets of London.

If you had not already guessed, it gets its name because it closely resembles the shape of a pickle. But from above, the circular building is a mind-bending, dome-shaped, work of art.

Australia/Oceania from high in the sky

The region(s) of Australia and Oceania cover 14 countries in total. While these countries include places such as Fiji, Papa New Guinea, and New Zealand, these Australian gems are worth a peek: Sydney and Canberra.

Perhaps one of the most recognizable architectural creations when viewed from the sides, the Sydney Opera House becomes something a little different when viewed from above. The land on which the Opera House sits is rich in history and culture, dating back thousands of years.

The construction took 14 years from start to finish. Interestingly, the original architect, Jørn Utzon, did not stick around Australia to see his design come to fruition. Said architect preferred to use function, shapes, and colors, which reflected those found in nature. That is to say, he took these aspects of design and combined them with the natural setting in the harbor to create something akin to sails or a bird’s wings.

Labeled as “a symbol of national identity,” the design of Canberra’s parliament building contains pride of where the land has come from and where it might go in the future.

Viewing it from high in the sky, boomerang shaped lines run through the campus built into, rather than on top of, where a hill originally sat. Canberra was much like Brasilia in its intended creation of a utopia in the middle of a vast land. While that plan may not have been successful, one thing remains true: the design of the newer Parliament building takes into consideration a sense of cultural pride that makes Australia what it is today.

The above images are merely a blip on the map of what there is to explore. For more information on some of the landmarks, check out Budget Direct Travel Insurance.