When The Days Get Too Sunny… 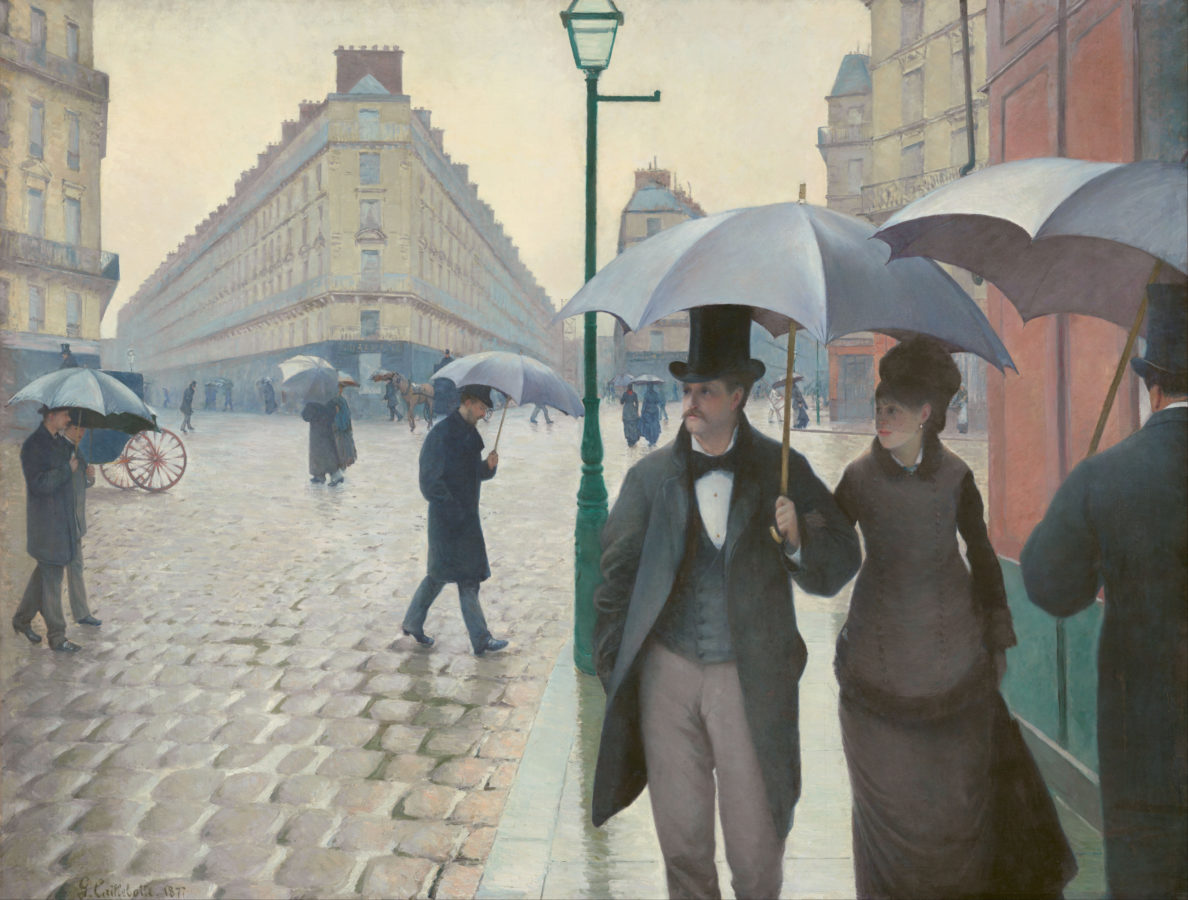 … it’s time for the umbrellas! Check out these 5 beautiful pieces of art that feature rain (and umbrellas occasionally). 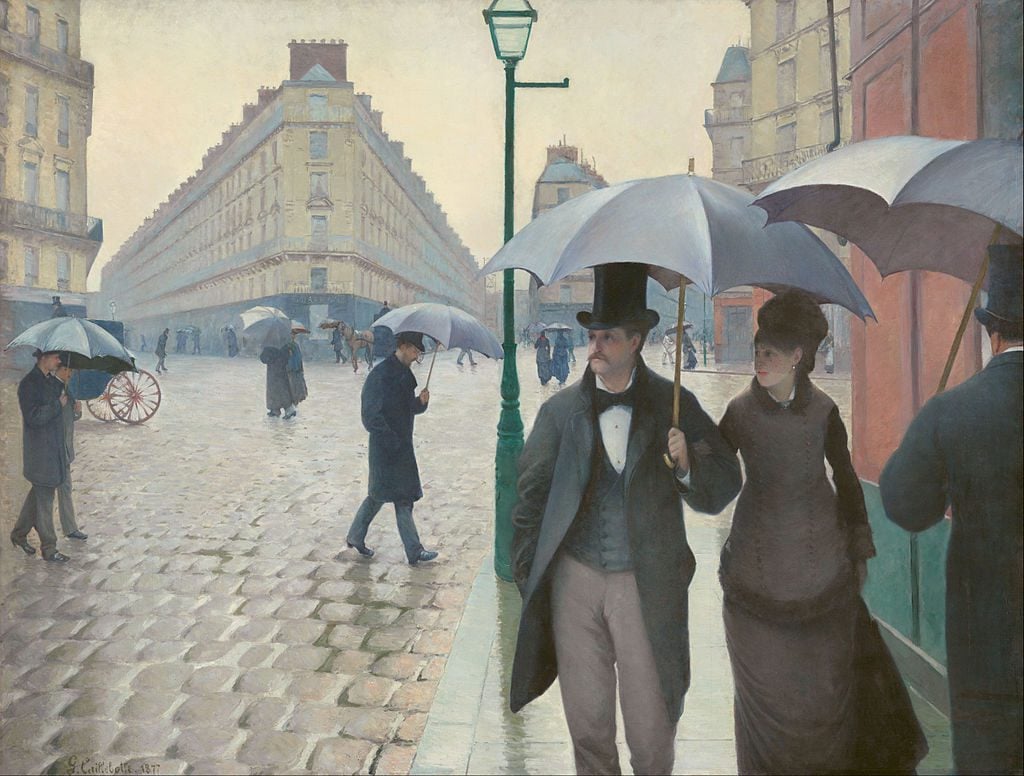 This is probably the most famous work of Caillebotte. He depicted a street, newly enlarged under the Haussmann’s remodernization of Paris, which would become filled with flâneurs and flâneuses that is the observers of modern life. Caillebotte’s symmetrical and extremely detailed technique made the street look almost choreographed, as if everything there was synchronized and uniformed, creating the atmosphere of anonymity. 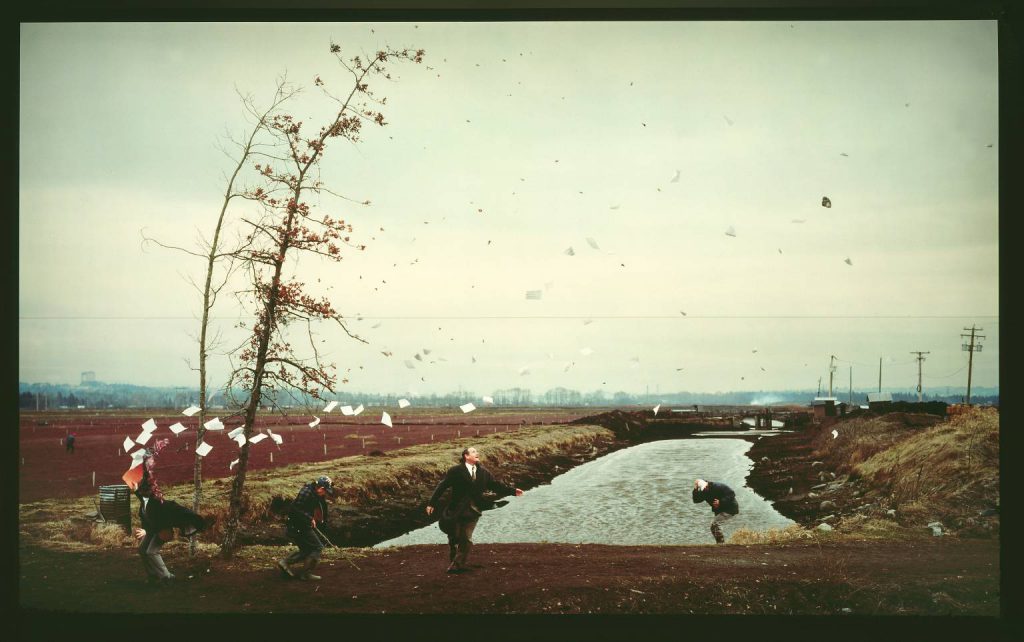 Jeff Wall’s photograph is staged to remind us of Hokusai’s beautiful woodblock print Yejiri Station, Province of Surug. Wall called it a ‘cinematographic photograph’ because he used actors, props, and special effects in order to achieve the wanted result. It took him over a year to produce this stunning recreation of a Japanese scene in British Columbia. 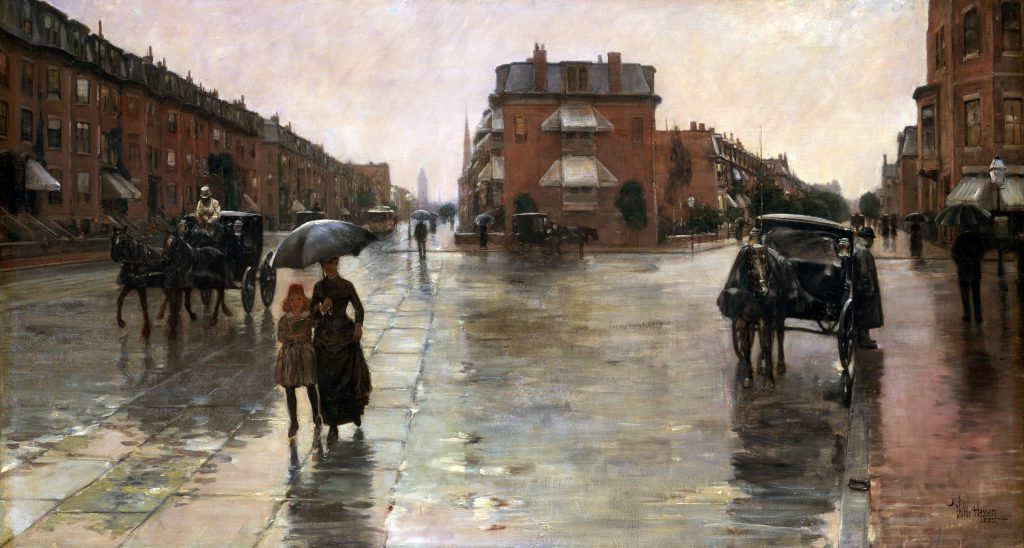 Childe Hassam was, together with Mary Cassatt and John Henry Twatchman, a main representative of the American Impressionism. In mid 1880’s he began painting cityscapes of his native city of Boston, despite the critics’ opinion that his works were ‘very pleasant but not art’. Soon after, he moved to Paris with his wife where he saw many Impressionist works, yet he didn’t meet any of the artists himself. However, I can see quite a few similarities to Caillebotte’s Paris street in here, can you?)

4. Utagawa Kuniyoshi, Nichiren Praying for Rain at Ryôzengasaki in Kamakura in 1271 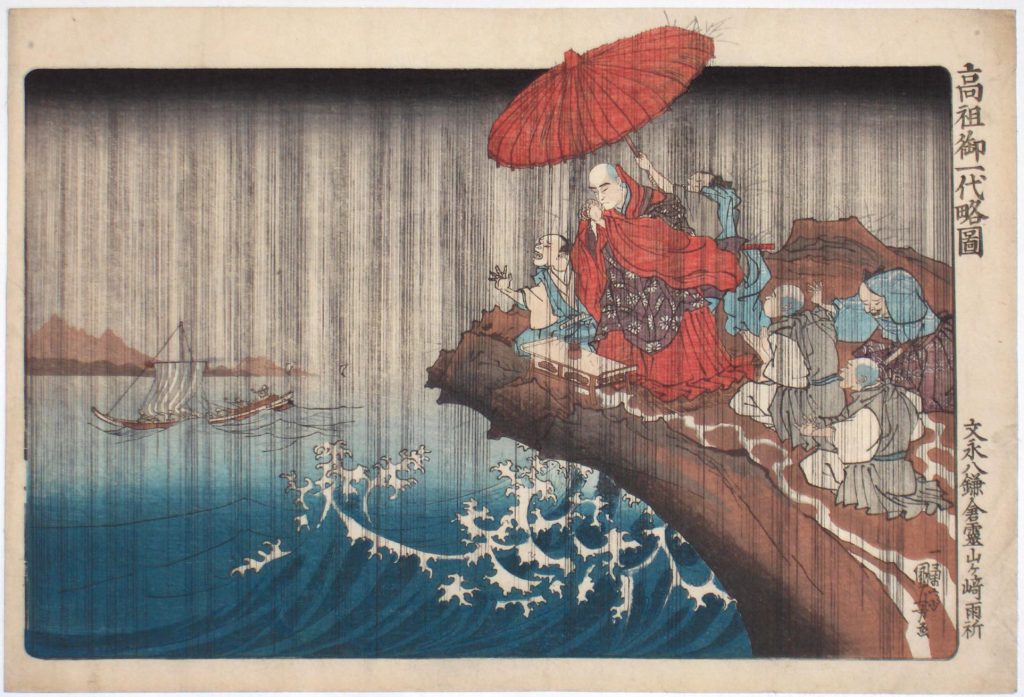 The most recognized woodblock prints were produced in Edo, Japan between the 17th and 18th centuries. Utagawa, together with Hokusai, was one of the most sold print makers. When in 1853 Japan opened for the international trade, Europe fell for many Japanese products, including the prints. The Impressionists loved them and Vincent van Gogh amassed quite a big collection for himself. He was also the one to coin the term japonaiserie which describes the style inspired by Japanese motifs and subjects. 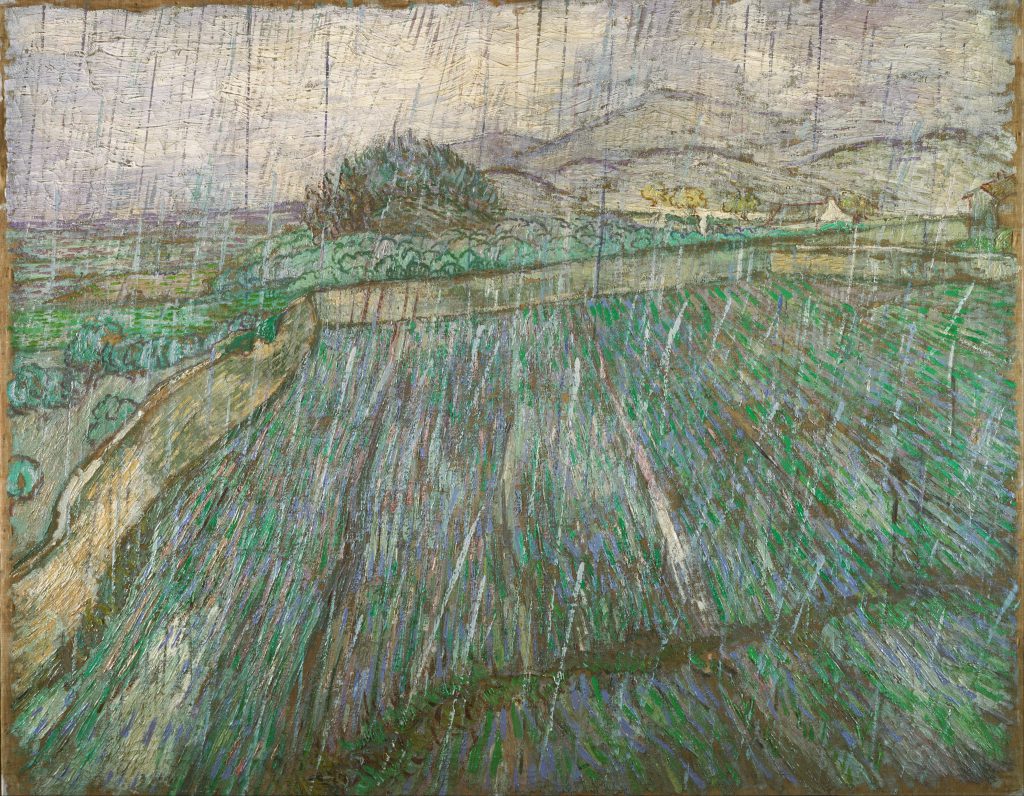 When Vincent was staying in a clinic of Saint-Paul-de-Mausolée in southern France, the view from his workroom was on a field of wheat, which Van Gogh would paint over twelve times. The rain scene, however, is the only of its kind and the diagonal lines representing rainfall refer closely to the Japanese prints which considerably influenced Vincent’s style.

If you find any joy and inspiration in our stories, PLEASE SUPPORT
DailyArt Magazine with modest donation. We love art history and we want to keep going with writing about it.
$5 $10 $25 $50 $100 MONTHLY
Related Topics:rain, weather