Feeling Under The Weather? This Post Full Of Art Is The Best Medicine 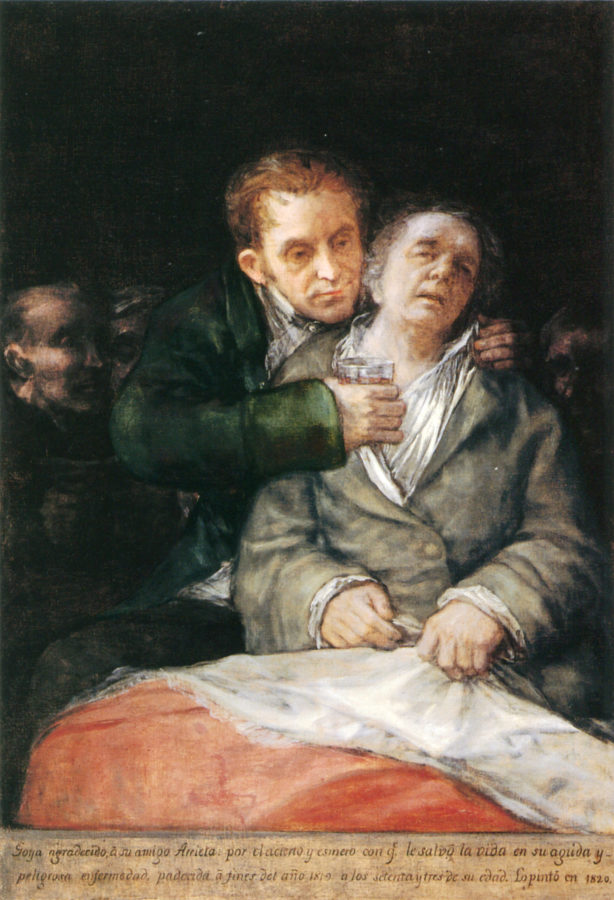 November is a month of runny noses, sniffing and coughing (at least in cold parts of Europe...). If you're lying in bed with a fever, we have the best medicine for you: art! These paintings will accompany you in your illness and show that you are not alone. 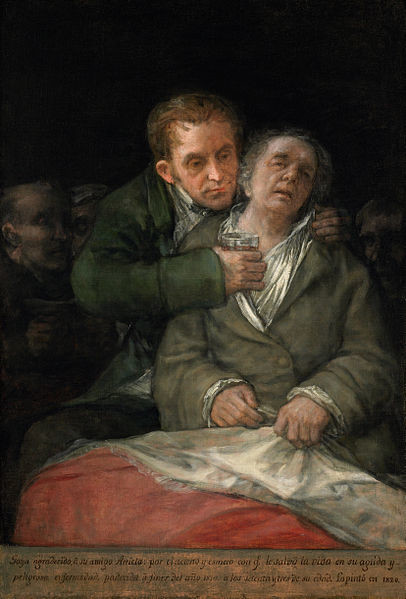 Francisco Goya, Self-Portrait with Dr. Arrieta, 1820, Minneapolis Institute of Art[/caption] Goya represents himself with his personal doctor, Mr Eugenio José García Arrieta, right after the second serious attack of his mysterious illness. In his dedication he writes: “Goya, in gratitude to his friend Arrieta: for the compassion and care with which he saved his life during the acute and dangerous illness he suffered towards the end of the year 1819 in his seventy-third year. He painted it in 1820". Goya suffered from dizziness, partial blindness, abdominal pains and deafness. By the end of his life, he turned completely deaf. 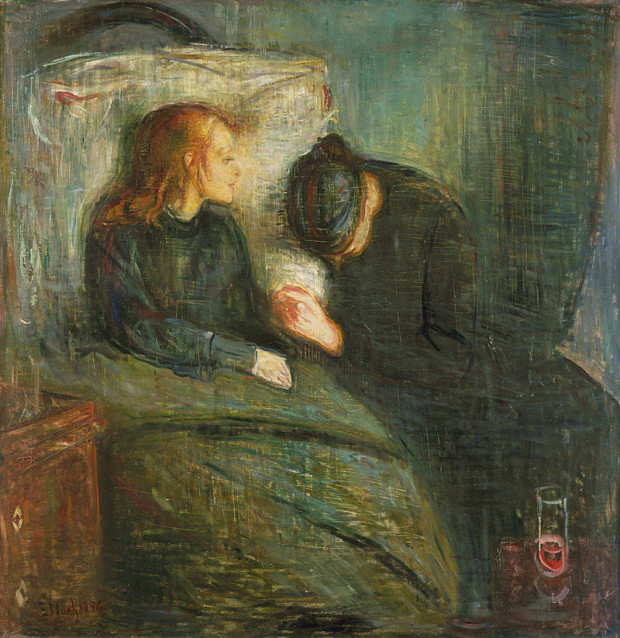 Edvard Munch, The Sick Child, 1896, Konstmuseet, Gothenburg[/caption] Illness was one of the key themes which recurred in Munch's art. he painted a series of six paintings and many lithographs entitled the "Sick Child" in which he painfully rendered a lethally ill child. Illness seriously marked Munch himself: he lost his mother to tuberculosis when he was only 5, and his sister died from the same illness 9 years later. He wrote in his diary that he lived with the dead and we can certainly see this in his works.

Claude Monet, Camille On Her Deathbed, 1879, Musee d'Orsay[/caption] Camille Doncieux was the first wife of Monet. She was mother to two sons by Monet but fell ill. Most of the money from Monet's sales would be dedicated to her treatment but unfortunately it didn't help and in 1879 she died. Most possibly she suffered from pelvic cancer or tuberculosis. She was the subject of many Monet's works right until the end of her life. 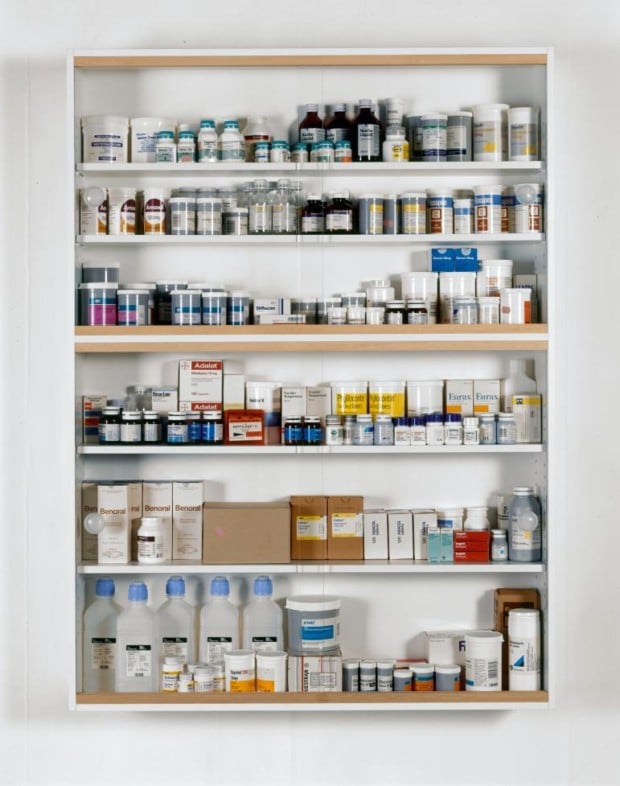 Damien Hirst, Holidays, 1989 , Image: Photographed by Joanna Fernandes © Damien Hirst and Science[/caption] Hirst, controversial and spooky as always. He asked his granny to leave him all empty packaging after used medicine after her death. The collection filled 12 collage works which Hirst described: “You can only cure people for so long and then they’re going to die anyway. You can’t arrest decay but these medicine cabinets suggest you can.”