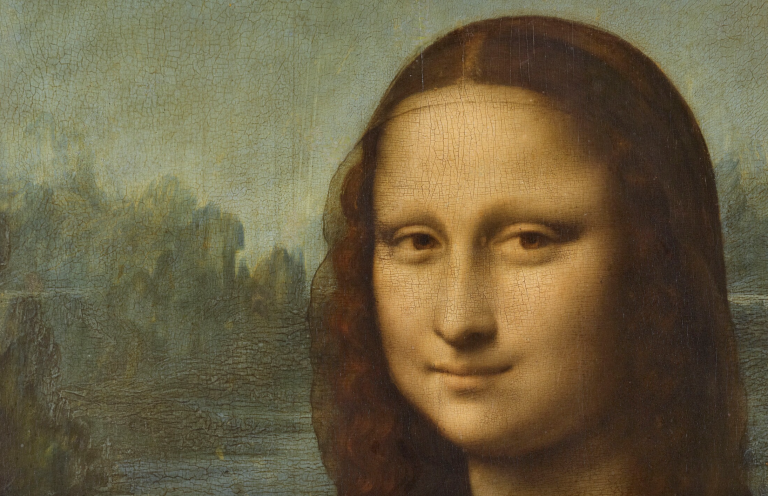 The Mona Lisa is an icon and masterpiece featured in numerous movies, television shows, and music videos. It is famous for being Leonardo da Vinci’s favorite painting that he carried until he died. However, this mysterious painting has taken 500 years and counting to decipher. Here is all you need to know about the Mona Lisa.

Although the 500-year-old portrait is known worldwide today, it wasn’t famous until stolen in 1911. In fact, the Louvre Museum did not notice its absence until an admirer discovered it missing on the walls 24 hours later. Because of the excessive media coverage, the Mona Lisa‘s disappearance captivated the world. It was Vincenzo Peruggia, a Louvre Museum worker, who stole the Mona Lisa on August 21st, 1911. Thankfully, the authorities recovered it in 1914, when Peruggia tried to sell it to an Italian art dealer.

Today, the Mona Lisa hangs in the largest room at the Louvre Museum in Paris, known as the Salle des États. That being said, the portrait is quite small, measuring 30 inches by 21 inches (76 x 53 cm). The renowned Renaissance painter Leonardo da Vinci created the portrait from 1503 to 1506 in Florence, Italy. It was made in Leonardo’s sfumato technique which means “to tone down” or “to evaporate like smoke.”

But who is this mysterious woman known forever as Mona Lisa?

While many may know her as Mona Lisa, her real name is either Lisa Maria Gherardini, Lisa del Giocondo or Monna Lisa. (Yes, you are reading that correctly.) Monna originates from the Italian word madonna, meaning “my lady.” Yet, in English, Monna is spelled as Mona. This spelling is not used in Italian since it carries a different impolite meaning. Therefore, due to the mystery of her name, the Mona Lisa is called La Gioconda in Italian, and La Joconde, in French.

What is known about Lisa Gherardini is that she was the wife of Francesco del Giocondo, a Florentine silk merchant. The couple married in 1495 when Lisa was 16 years old, and Francesco was nearly twice her age. According to historians, the Gherardinis were a prosperous family due to their estates in Chianti (the wine region in Tuscany). Because of her high status, Lisa likely knew the prominent painter Leonardo. Her presence in the portrait is confirmed through a written account by Leonardo in 1503. But, the reason for the portrait’s commission is still unknown today. It might have been commissioned to celebrate the birth of the couple’s third son.

Although the reason for the Mona Lisa‘s existence is a mystery, the enigmatic smile that Leonardo portrays has captivated viewers for centuries. Her daringly persuasive smirk and glowing eyes created an enticing woman that even King Francis I of France was eager to know. In 1516, Leonardo was invited by the King to work at the French court. He lived at court until he died in 1519, and as the legend goes, Francis I was by his side until the end.

According to the Louvre Museum, Francis I bought the painting from Leonardo in 1518. For the next 100 years, the Mona Lisa was exhibited at the Palace of Fontainebleau. Then, in the 1640s, King Louis XIV took it to the Palace of Versailles, where it stayed until after the French Revolution. Since the end of the French Revolution, the Mona Lisa has been in the Louvre Museum’s collection.

Leonardo’s Mona Lisa was considered a masterpiece to art historians way before its disappearance in 1911. Typically, Renaissance oil paintings were painted on canvas for easy transport between residences. Yet, the Mona Lisa is painted on extremely temperamental wood called poplar. Due to the delicate material, the panel has warped and caused the oil paint to crack over time. As a result, in 2005, the Louvre encased the portrait in a protective glass covering. The glass shields the precious work (even when a cake is thrown at it) and helps conserve the portrait. The Louvre has taken extra measures to preserve the work by regulating the temperature and humidity within the glass case.

However, the Mona Lisa has not always been protected by glass. In 1804, the Mona Lisa debuted to the public in the Louvre’s Grand Gallery. Samuel Morse’s painting of the gallery in 1833 shows the Mona Lisa hanging in a frame on the wall along with other known works of art.

You might not know that at the Prado Museum in Madrid, Spain, another version of the Mona Lisa is on view. For years, the painting was presumed to be a copy of the original, known as Mona Lisa‘s twin sister. However, in 2012, conservators at the Prado discovered the painting was made at the same time as Leonardo da Vinci’s Mona Lisa. Infrared technology (like an X-ray but for art) showed the preliminary changes for both works were identical. Not only that but the twin painting was made by a pupil working alongside Leonardo. The Prado Museum’s portrait is allegedly made by Leonardo’s main assistant Melzi or his rumored lover, Salai.

The figures are identical in shape, and both were transferred by tracing the same cartoon. It is crucial to understand that only someone working next to the master painter would have been able to witness these adjustments.

While the Mona Lisa‘s history is extensive, here are some extra fascinating facts about the mysterious portrait:

Giovanni Garcia-Fenech, “The Travels and Travails of the Mona Lisa,” Artstor, December 8, 2014.