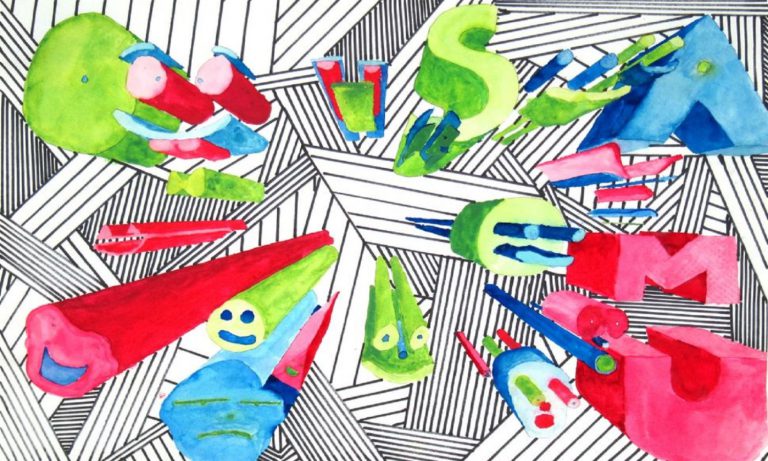 This week, here at DailyArt Magazine, the theme is children in art. Which is great because there are plenty of children in works of art throughout history. What if, instead of focusing on the portrayal of babies and children, we take a look at the childhood artwork of famous artists?

Artists like Picasso and Edward Hopper showed great promise from the very beginning. Likewise, there are children from the past 20 years that have proven themselves to be amazing artists in their own right, beginning at as young as 22 months of age.

Famous Artists and their Childhood Artwork

Work by artists from before their rise to 'fame' may not look like anything else in their oeuvre. They were, after all, learning the skills they would later need to create their more well-known master pieces.

One of Picasso's first paintings was of this matador in his native Spain.

This does not look much like a typical Dalí painting. However, even from a young age, the artist experimented with perspective and color.

This particular sketch was discovered on the back of one of Hopper's earliest report cards from school.

Kauffman traveled with her artist father throughout Europe as his assistant and was able to see and learn from the great Renaissance works. She later became one of the founding members of the Royal Academy of Arts in London.

The phrase ‘my kid could do that’ refers to the moment we see a piece of art that, to certain viewers, is not fully formed or is seen as juvenile; something achievable by a five year old. However, some artists produced works in their own childhood that tell a different story. Galleries around the world have spearheaded exhibitions with the early work of known, contemporary artists to promote the notion that "yes, your kid can do that". These exhibitions also focus on the importance of art education in child development.

Childhood Artwork from Prodigies of the 21st Century

The thirteen year old has already made a name for herself for her unique style of painting. Her 'living paintings' combine both paint and photography to make scenes similar to those of the great artists in history such as Degas or the Dutch masters.

The English artist was born in 2002. He began painting at an early age and attracted a lot of attention from the media for his prodigious work.

Aelita was born in 2007. She started experimenting with painting before her first birthday. Now, at thirteen, she has held exhibitions all over the world.

Halmshaw's paintings are ethereal and beautiful. The young artist, born in 2009, first began painting at two years old as a form of autistic therapy.

It can be argued that art is an important part of childhood development. It sparks creativity, problem solving, and imaginative thinking in young minds. As noted above, art is also a successful tool in various forms of therapy.

Read more about Children in Art: