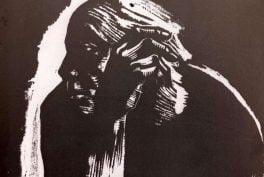 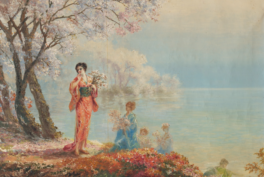 If you think your life is taking wrong turns and it feels like you’re sailing against the wind, read on. The story of artist Anna Bilińska, who seemed destined for success, will show you that life can always get worse.

Determined to Obtain the Best Education

When Anna Bilińska, born in the territory of today’s Ukraine, moved with her mother and siblings to Warsaw, she began attending private drawing lessons. Her talent let her contribute to the family income by selling little drawings and portraits. At age 28, she ventured with a friend on a tour around Europe, which could be considered her Grand Tour, visiting Vienna, Salzburg, Berlin, Rome, and Paris. Seeing Paris helped her understand that she wanted to pursue painting above all. So she moved there and stayed at the friend’s house. At the end of the 19th century women were still not allowed to attend public art academies, thus Anna joined the private but extremely prestigious Académie Julian in 1882. Women also couldn’t share workshops with men given the presence of nude models, Anna therefore practiced only with her other female colleagues.

Emmeline Dean and Bilińska most likely met in Paris in 1884, both studying in the same art course for women. Dean showed Bilińska typical mourning dress because in 1884 Anna’s father had died, leaving her without funds. In the same year, Bilińska’s friend with whom she had travelled around Europe died too. Yet, she secured a small allowance for her in her testament, so that Anna could continue living in Paris. Sadly, the mourning period did not end there. A year later, her fiancé Wojciech Grabowski also died. In deep despair, she travelled to Normandy in 1885 and 1886, sketching and painting landscapes.

Bilinska showed this work at the Paris Salon and won. This was a great success since at the time women rarely received any recognition at important exhibitions. The jury was impressed by the skill and the depth of emotion she presented here. The black dress suggests that Bilińska still mourns the loss of her loved ones. The victory at this prestigious competition opened up doors to an international career and Bilińska’s works started touring Europe, even reached the US. It also drew the attention of the Parisian creme-de-la-creme to her and gained her new clientele. In the period that followed, Bilińska had many commissions for portraits of higher social class representatives. At the same time she painted small-sized pastels of children from the Lyon area, as well as portraits of Polish immigrants to Paris, which she would later gift to the sitters or their families. Moreover, she worked as a guardian at the Académie Julian, ensuring the proper functioning of the women’s workshop and taking care of young students.

The dog featured in this painting also appears in another one, the Beach in Boyardville (1889), where the artist went for a holiday.

In 1892 Anna Bilińska married a Polish doctor Antoni Bohdanowicz and returned to Poland with him. She had ambitious plans to set up an art school for women in Warsaw but she suddenly died of heart disease, just a few months after her wedding, leaving this astounding portrait unfinished. In 1928, her husband published a memoir about her at his own expense containing press clippings, Bilińska’s letters, and archival photographs.

Even after her death her works were not left in peace. During WW2, two of her paintings went missing, one of them being the portrait above. Since 1945, the Polish department of culture and heritage has searched for both works. It was not until 2012 that this painting resurfaced at an auction in Villa Grisebach in Berlin and was bought by the Polish government. The other one, a portrait of an Italian woman, is still missing so keep your eyes peeled! Maybe you’ll be the one who finds it somewhere…

A true femme fatale in the art world, Amélie Beaury-Saurel was a French painter in the 19th century and a member of the Académie Julian. At the [...] 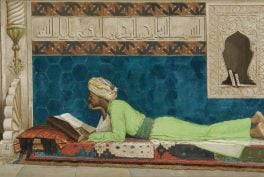 The first and last Orientalist painter of the Ottoman Empire is Osman Hamdi Bey. Born in modern day Turkey, educated in Paris, highly regarded as an [...] 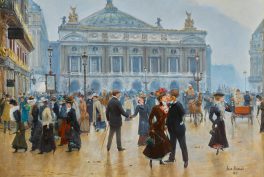 In the first quarter of the 20th century, Paris was the center of artistic and intellectual activity. Artists, actors, dancers, poets, writers, [...]

Wind gently blows on the water of the lapping shore, and light gently glows on the sailcloth of the floating boat. All is gentleness and harmony. All [...]