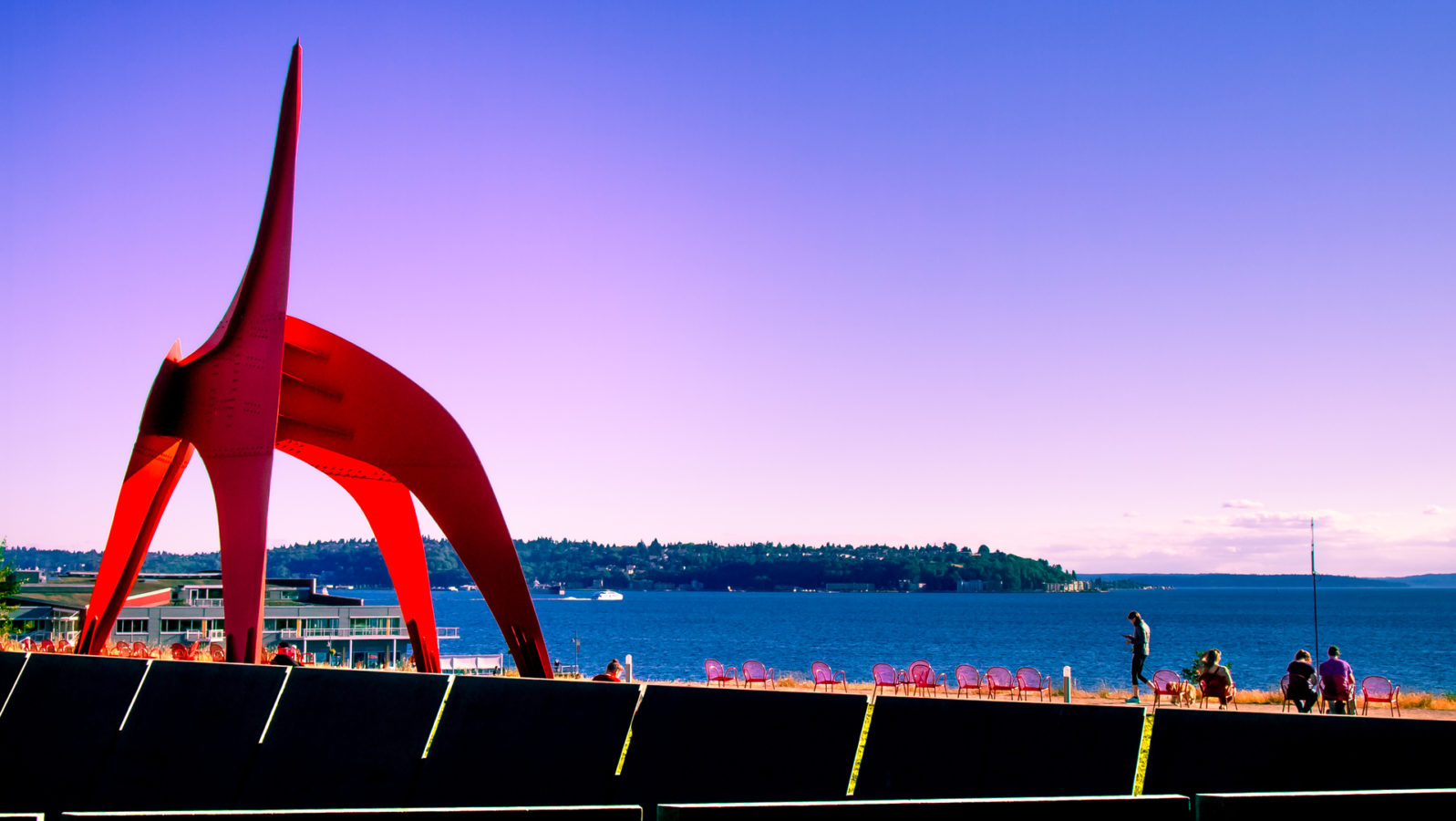 American sculptor, Alexander Calder, most famous for his kinetic moving, suspended mobile sculptures, also created a number of massive stationary works known as stabiles. One such sculpture is The Eagle. It is the centrepiece of the Olympic Sculpture Park located in Seattle, WA. At 12 meters tall (38 feet), it is the antithesis of the delicate, hanging mobiles, and provides a unique and powerful presence in the park. 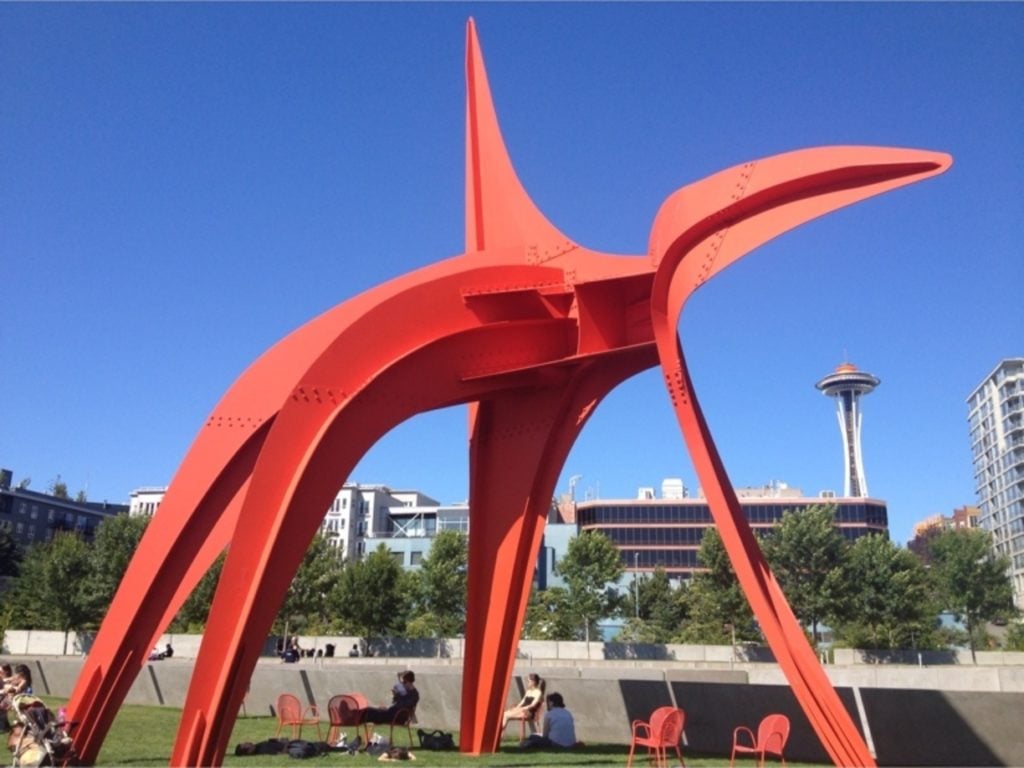 Calder (1898-1976) a third generation sculptor was born in Pennsylvania. Before heading to the Art Student League in New York in the 1920s, he studied mechanical engineering. His background in engineering clearly influenced his work. He spent much of his early art career in Paris garnering exposure to Abstract Art, Surrealism, Dada and artists such as Miró and Mondrian. It was his fellow artist, Marcel Duchamp, who gave the name “mobiles” to Calder’s iconic suspended, hanging sculptures. 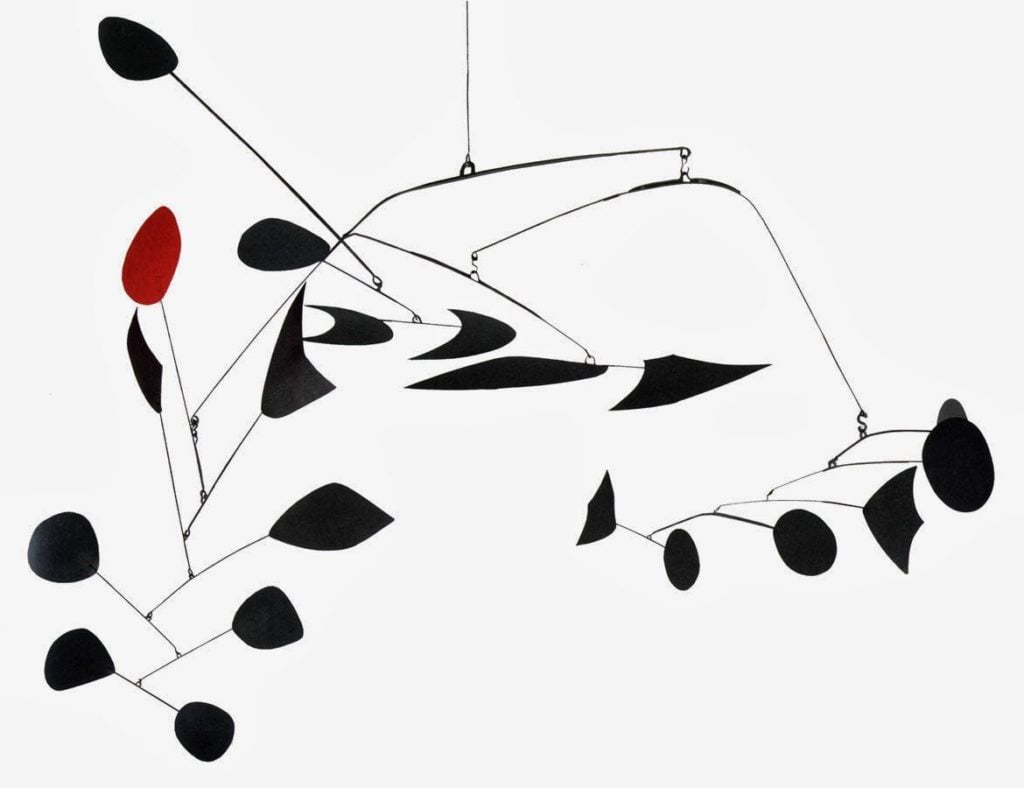 A classic example of a Calder mobile is Arc of Petals (1941). Flat pieces of hand-sculpted aluminium are connected by wires with petals and leaves budding along the spine. One leaf is left unpainted to expose the raw aluminium material. The pieces are set in motion by air, emphasizing natural movement, along with a sense of playfulness and grace. These aspects are contrasted strongly by the monumental stabiles. 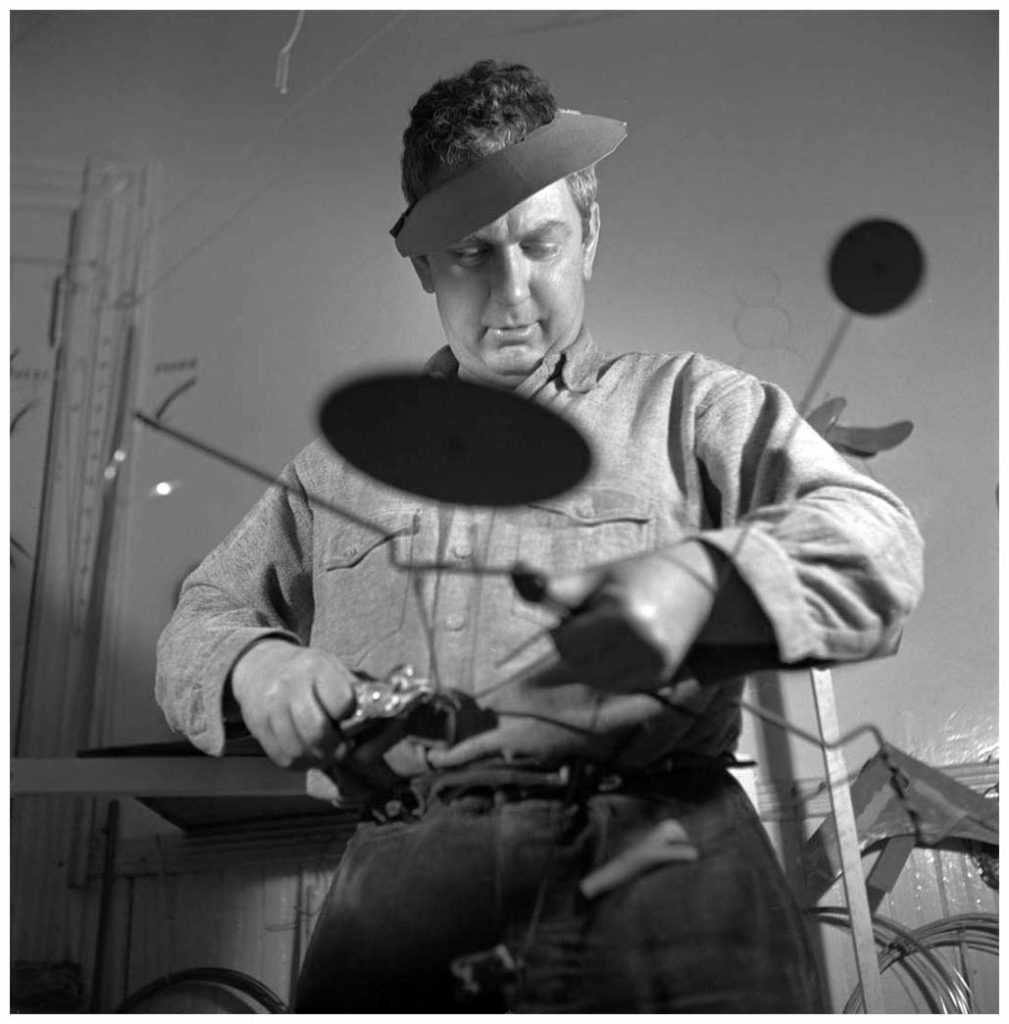 In the 1950s, Calder began creating stabiles. Gigantic, heavy, earthy and deeply symbolic of urbanism, they are the polar opposite of the light, ethereal, choreographed composition of mobiles. The Eagle was created in 1971. It was owned by the Fort Worth National Bank and housed in front of their headquarters in Texas.

The Eagle weighs over 6 tons. The red-painted steel is an abstract marvel. Its curves and spikes resemble origami. And it looks almost aeroplane-like with its rivets and 10-meter wingspan – hearkening to Seattle’s aviation history. Situated in the downtown area, the Olympic Sculpture Park is a six-acre site designed for the Seattle Art Museum. An urban park in a former industrial area compiling art, architecture, nature and landscapes. The Eagle was purchased by Seattle Art Museum in 2003 at a sum of $10 million. Located outside, the sculpture requires maintenance not needed in museums. Birds cause frequent damage and gardeners are required to use scissors to tend to the grass around it. 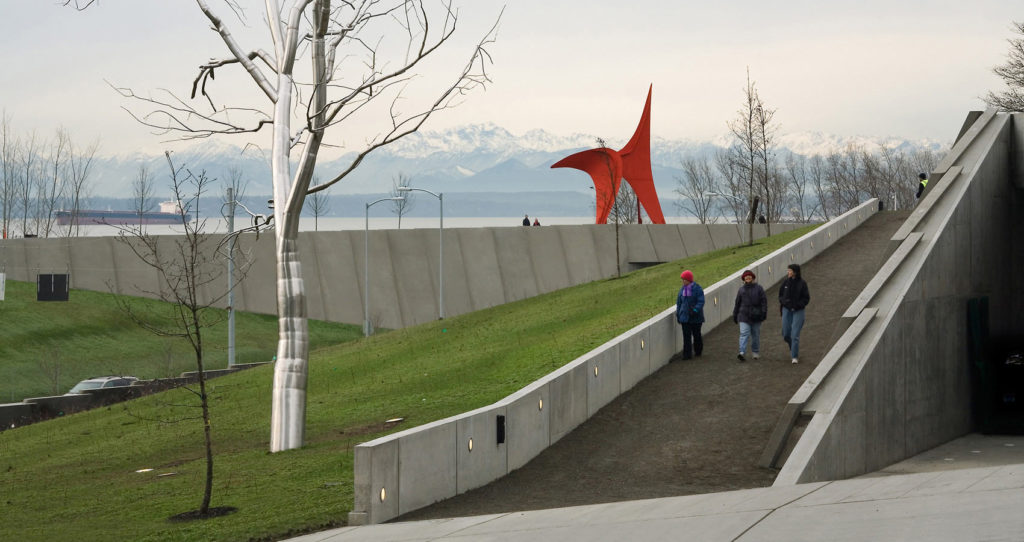 Eagles are a prominent bird in Washington State. The towering sculpture holds a specific location in this urban landscape. To one side are the high rises of downtown, and to the other, the Olympic Mountain Range and waters of the Puget Sound. As an artist, Calder was seen as down-to-earth and even described as jovial by his contemporaries. His work engages the themes of urbanism and nature. Sandwiching The Eagle between the various landscapes plays well into these sensibilities and designs.

If you find any joy and inspiration in our stories, PLEASE SUPPORT
DailyArt Magazine with modest donation. We love art history and we want to keep going with writing about it.
$5 $10 $25 $50 $100 MONTHLY
Related Topics:alexander calder, featured, olympic sculpture park, seattle art museum, the eagle