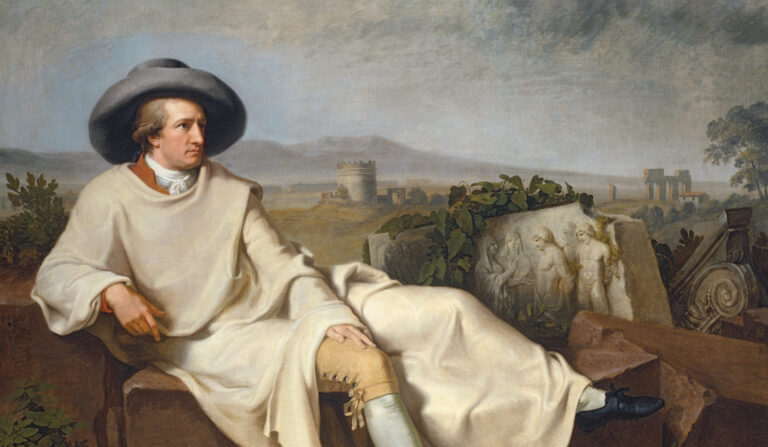 Last week the Städel Museum in Frankfurt posted on Instagram a painting from their collection with a funny quote: "Having a bad day? Always remember: someone painted a life-sized portrait of Goethe with two left feet." The someone was actually Johann Heinrich Wilhelm Tischbein and I decided to check what's wrong with Goethe's feet. 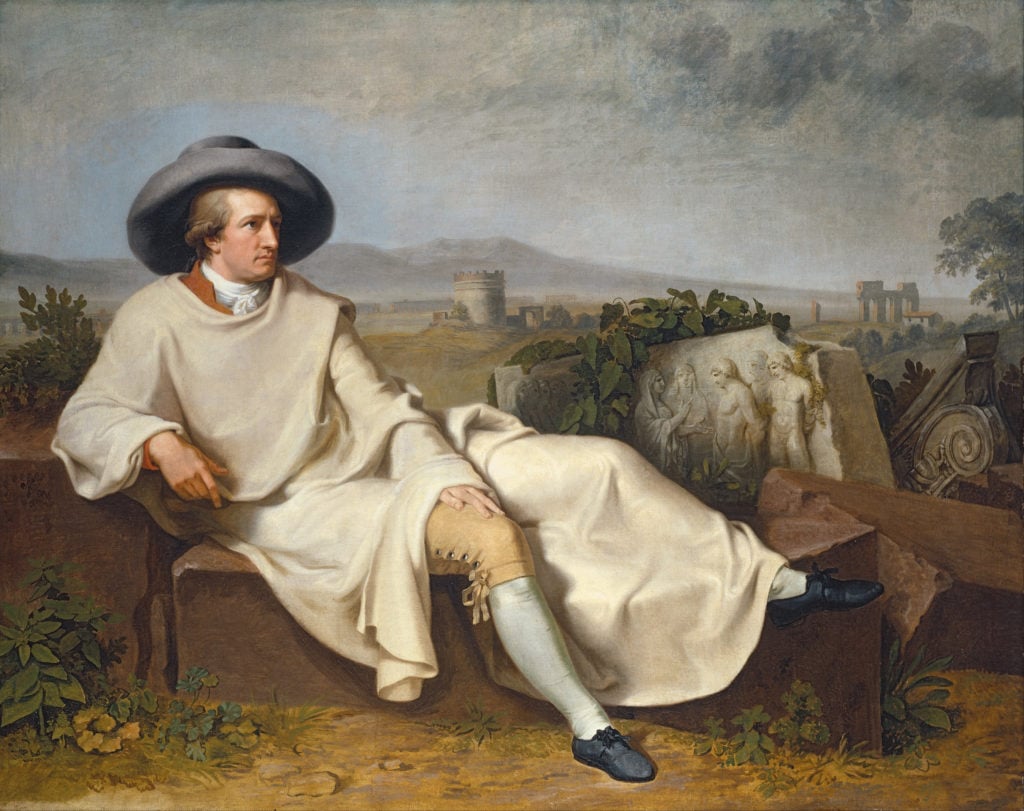 Johann Heinrich Wilhelm Tischbein, Goethe in the Roman Campagna, 1787, Städel Museum, Frankfurt, Germany. Wikimedia Commons[/caption] Tischbein (which means "table leg" by the way) was a German painter originated from an artistic family. Many of his relatives were also painters so he is often referred to as Goethe Tischbein to avoid confusion. The painter was educated in his home country and afterwards went to the Netherlands to study Old Masters there. As he lived in the Grand Tour era, his dream destination was definitely Italy. He managed to go there first in 1779 and during his stay in Rome he developed the Neoclassical style. The second chance came with Goethe - he got a recommendation from the writer for a Rome-stipend funded by Duke Ernest II. The painter remained in Italy until 1799 and became friends with Goethe, travelling with him to Naples in 1787. Johann Wolfgang von Goethe travelled to Italy to study the ancient world. The aesthetic appreciation of the antiquity was typical for classicism. The peace and serenity of the classical arts attracted him, they served as a counterbalance to such recent and dynamic cultural movements as the Baroque and Rococo. It was the neoclassical intellectual and spiritual movement of the time, which connected Goethe and Tischbein. Goethe wrote the Italian Journey, a book based on his Italian travel diaries, while Tischbein painted inspired by the ancient art. [caption id="attachment_18543" align="alignnone" width="1000"]

Johann Heinrich Wilhelm Tischbein, Goethe in the Roman Campagna, 1787, Städel Museum, Frankfurt, Germany. Wikimedia Commons. Detail[/caption] The painting is an idealized, full-length portrait. Goethe is gazing out through the landscape, wearing a typical traveller's costume. He is portrayed in a classical manner, sitting in the open air, surrounded by Roman ruins, with the Campagna di Roma in the background. At the time Goethe was preoccupied with his verse drama Iphigenia in Tauris, and he recited extracts to Tischbein who was very impressed by it and depicted the scene of Iphigenia meeting her brother in the painting, on the relief behind Goethe to his left. [caption id="attachment_18545" align="aligncenter" width="1000"] 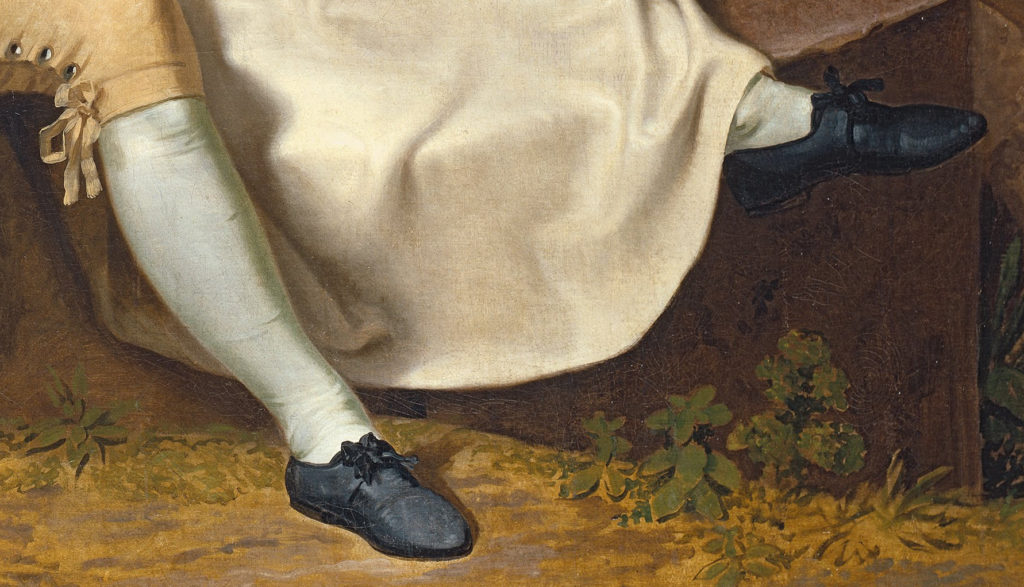 Johann Heinrich Wilhelm Tischbein, Goethe in the Roman Campagna, 1787, Städel Museum, Frankfurt, Germany. Wikimedia Commons. Detail[/caption] The very intense friendship between Tischbein and Goethe turned however to be a short one and came to an end after three months. The characters of the two artists differed too greatly to allow an enduring friendship. Yet it resulted with this well-known painting being a real sign of the times. Both creators, thanks to their oeuvre, earned long-term fame and appreciation. Goethe even with alleged two left feet.