Gluck And Her No Prefix, No Suffix Queer Art 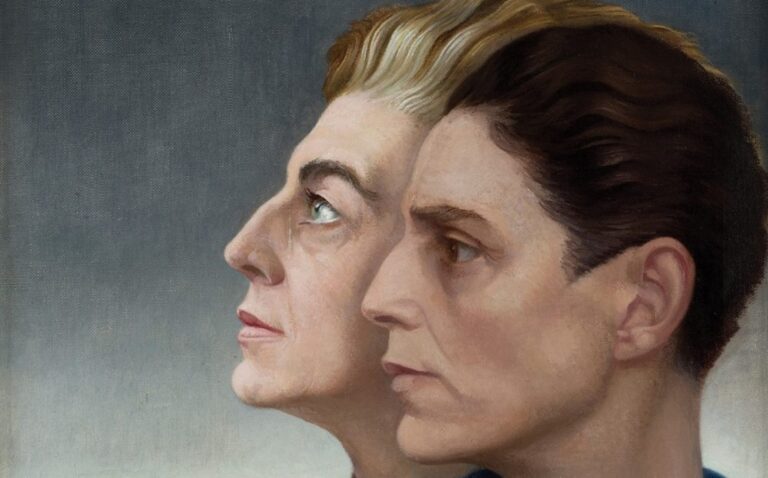 Since February is the LGBT history month in the UK where I live, I want to participate in the promotion of tolerance and raising awareness of the prejudices faced by LGBTQ+ people. This is why I would like to feature a queer British artist Gluck who chose to live the way she wanted with no compromise to social conventions.

Gluck was born as a woman Hannah Gluckstein in 1895. Her family was Jewish and owned the Lyons catering empire in London. Her parents were against her artistic dreams, but nevertheless, they trusted her a fund on her 21st birthday that allowed the young girl to make a life of her own. She attended St John's Wood School of Art between 1913 and 1916 before moving to west Cornwall and joining the artists' colony in Lamorna where she bought a studio. However, Gluck didn’t want to be a part of any movement and always insisted on one-man exhibitions working her way on her own.

To create Gluck, the young girl chose her own name and to her father's distress she began dressing androgynously in trousers and ties (she even posed to Tatler Society Magazine at the beginning of her career). However, Gluck didn’t chase fame, mostly painting flowers and portraits. No prefix, suffix, or quotes, wrote Gluck on the back of each of her prints to make obvious her choice.

It wasn’t that she didn’t want to be a woman, and it wasn’t that she wanted to be a man. She just wanted to be Gluck, said Cheska Hill-Wood, gallery manager of the Fine Art Society, with which Gluck was connected. (And this is why I will keep using a female pronoun, as the whole scholarship on Gluck does.)

In 1923, Gluck met an American painter Romaine Brooks, and the two painted portraits of one other.  Brooks’s painting of Gluck Peter (a Young English Girl) was very controversial because of the blatant androgyny of the sitter. Yet the most important woman in Gluck's life was Nesta Obermer, a socialite married to an American businessman. Nevertheless, both women symbolically married on May 25, 1936. Medallion celebrated the couple's outing to Fritz Busch's production of Mozart's Don Giovanni. As Gluck’s biographer wrote:

"They sat in the third row, and she felt [that] the intensity of the music fused them into one person and matched their love."

It was the first public declaration of Gluck's love and commitment. Now it is out, she wrote to Nesta, and to the rest of the Universe, I call Beware! Beware! We are not to be trifled with.

However, with time Gluck became very possessive and demanding with Nesta, who broke off their relationship in 1944. Moreover, she destroyed all evidence of their life together. So Gluck began a new relationship, as troubled as the one with Nesta, with Edith Shackleton Heald, the first female reporter in the House of Lords. Having moved into Healds’ house in Sussex, Gluck often argued with her and her sister Norma, and on top of that she retired from painting. However, in 1973 she organized an exhibition of fifty-two works at the Fine Arts Society which was really successful with critics and buyers.