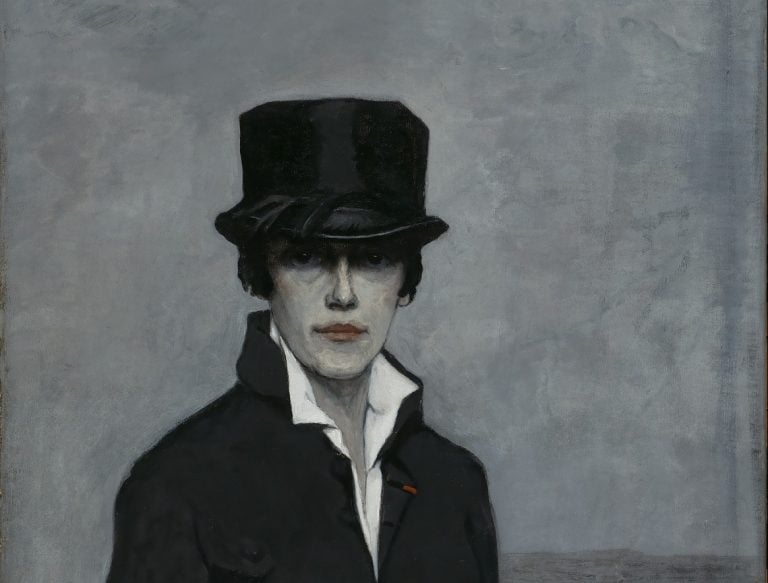 The story of Romaine Brooks could have been a story of success, luxury, and the easy life since she was born into a very wealthy American family (her grandfather was a multi-millionaire). Learn why it wasn’t the case.

Brooks’ parents divorced in the 1880s which, at the time, was still a big deal. Subsequently her father left her family when she was very small. Furthermore, her brother was mentally ill and had anger management issues. Also her mother was abusive and mistreated Brooks (while lovingly caring for her brother), and when the girl turned seven she was left with a foster family. Brooks’ mother didn’t send any money and seemed to have vanished.

When Brooks was nineteen she decided to leave school and move to Paris. She sang in a cabaret for a little bit and then moved to Rome, the city where she was born. She attended an art school where she was the only girl in her class. Boys harassed her sexually and laughed at her drawings. She moved to Capri because it was much cheaper to live there, but despite that, she nearly starved herself and suffered a physical breakdown.

In 1901 her brother died and so did her mother a year later. In 1903 Brooks married her close friend John Ellingham Brooks, a homosexual pianist and translator who was in financial trouble. They fought from the beginning because John didn’t approve of her masculine style (she cut her hair and dressed like a man), so she left him after a year and moved to London. Brooks herself was bisexual and had a love affair with the dancer Ida Rubinstein but they also broke up.

Not only were her looks controversial, but her painting style also didn’t suit the times. The beginning of the 20th century was the era of colorful Fauvists and geometric Cubists. There was no room for symbolic, grey, and gloomy paintings which were moreover painted by a woman! Beyond that, the kind of woman she depicted were strong, independent, and very masculine! She didn’t sell much.

Brooks never published her memoirs which she worked on for most of her adult life. She entitled them No Pleasant Memories. When she was 85 she admitted: “My dead mother gets between me and life”. With time, Brooks became paranoid about her drawings, thinking that somebody was going to poison her and steal them. She became reclusive, living in a darkened room for weeks. She died at the age of 96.