The Great Stanisław Wyspiański and His Many Talents 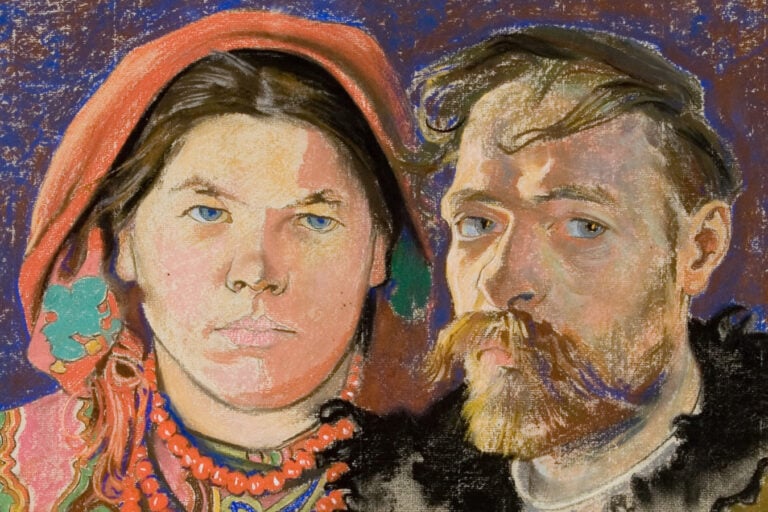 He is considered by many of his compatriots to have been something of a Leonardo da Vinci of the 19th century. Stanisław Wyspiański and his many talents encompassed not only painting and sculpting. He was also a significant, quoted and valued Polish writer who was deeply involved in the theatre, and worked fastidiously in architecture, renovating monuments and creating furnishings amongst other things. Read the story of this tremendously talented man from the secession times.

During his studies at the School of Fine Art in Cracow, Poland, the great painter Jan Matejko acknowledged Wyspiański’s talents and entrusted him to become involved in creating a polychrome together with him at the St. Mary’s Basilica. While studying art, he was already very keen on the theatre and began to write short plays and scripts.

Wyspiański couldn’t get enough of learning about the world, and after completing his studies he embarked upon a trip around Europe. He visited Switzerland, France, Italy, Prague and Germany. Staying in France for an extended period, he studied there as well, getting to know French art better. During that time, he became fascinated by Pierre Puvis de Chavannes’s symbolic art.

Although he continued painting, he became increasingly interested in the world of theatre, and especially the great works of Shakespeare. He watched plays – his favorite ones were performed by the Comédie Française – as well as operas and everything else that had to do with the stage and actors.

Stanisław Wyspiański was always working hard, intensively, leaving a significant legacy behind. He designed furniture, renovated monuments, painted and wrote, but none of these activities brought him profits until 1901, when he wrote the famous play “The Wedding.” The plot is based upon a true story about a wedding he attended himself, in which a poet marries a young peasant woman, and represents the challenges and pitfalls of the Polish nation in its quest for self-determination during his times. The play gave him wide recognition.

The artist painted a significant number of children’s portraits wanting to capture the moment in each one of them. This series is widely considered to include many of Wyspiański’s finest pieces.

There is a great deal of realism in them, as he strove to depict real people with real emotions. The little human beings in his pieces seem invariably pure and honest, which is the nature of a child that he wanted to portrait. Mainly he painted his beloved children in everyday situations.

Since he was keen on portraying his family, he also depicted him with his wife – Teodora Teofila Pytko. This Marriage still arises controversy- how such educated artist like Wyspiański could spend his life with a simple uneducated peasant woman? You can read more about it here.

Other paintings of note include Wyspiański’s self-portraits, which show him in different stages of life, at different ages.

He was also very keen on depicting Cracow – especially its beauty under the influence of weather or some details he found interesting.

Attention! Until 20.01.2019 you have the chance to see almost 900 of the artist’s pieces! The “Wyspiański” exhibition currently on display at the National Museum in Cracow features many of his great paintings, sculptures, and graphics, including some pieces endowed to the museum by the artist during his lifetime.