The Best of Leda and the Swan Paintings 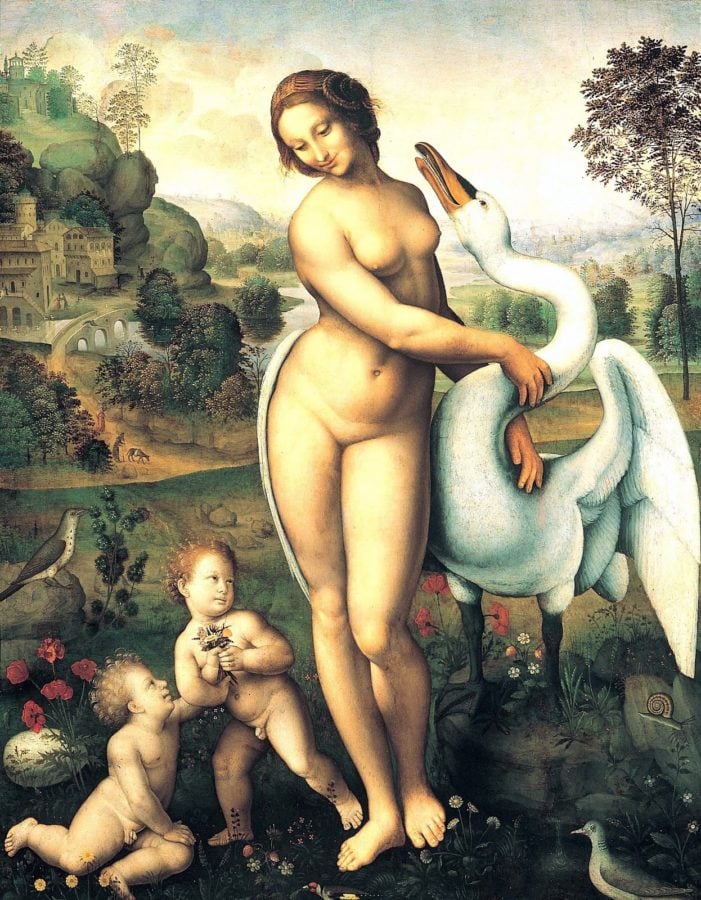 If you ever see a painting presenting a girl with a swan – it must be Leda. Leda and the Swan is a story from Greek mythology in which the god Zeus, in the form of a swan, seduces or rapes Leda. According to many versions of the story, Zeus did it on the same night she slept with her husband King Tyndareus. In the result of this “romance”, Leda bore Helen (yes, that Helen, the cause of the Trojan War) and Polydeuces, children of Zeus. At the same time, she was bearing Castor and Clytemnestra, children of her husband Tyndareus, the King of Sparta.

This motif also uncovers the twisted morality of the people of Renaissance who considered depicting a woman in the act of copulation with a swan as more acceptable than making love with a man .

Best of Leda and the Swan paintings