The Tragic Story of Jeanne Hébuterne and Modigliani 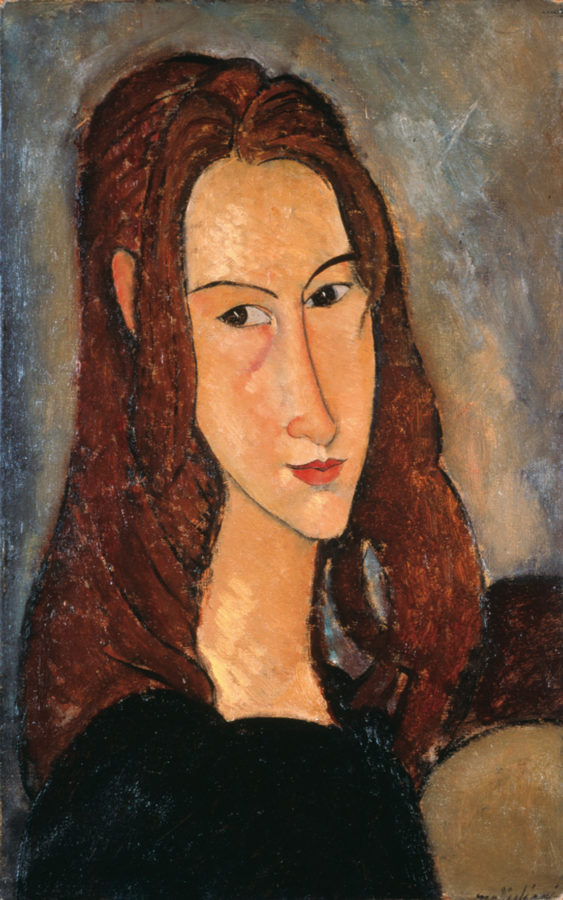 Jeanne Hébuterne is best known for being a the frequent subject and common-law wife of Amedeo Modigliani. But her story with the famous artist is one of the most tragic love stories of the art world.

Jeanne was a beautiful girl, famous of her long and thick her. She was introduced to the artistic community in Montparnasse by her brother André Hébuterne who wanted to become a painter. She met several of the then-starving artists including Tsuguharu Foujita for whom she modelled.

However, Jeanne with her talent for drawing wanted to become an artist too and chose to study at the Académie Colarossi. It was there in the spring of 1917 that Jeanne Hébuterne was introduced to Amedeo Modigliani. He was a handsome man, and attracted much female attention. Jeanne began an affair with him and the two fell deeply in love. She soon moved in with him, despite strong objection from her parents.

Life with Modigliani must have been hard. He was an alcoholic and a drug addict. His escalating intake of drugs and alcohol may have been a means by which Modigliani masked his tuberculosis from his acquaintances, few of whom knew of his condition. Tuberculosis—the leading cause of death in France by 1900—was a horrible sickness, there was no cure, and those who had it were feared, ostracized, and pitied.

The writer Charles-Albert Cingria described Jeanne as gentle, shy, quiet, and delicate. In the fall of 1918, the couple moved to the warmer climate of Nice on the French Riviera where Modigliani’s agent hoped he might raise his profile by selling some of his works to the wealthy art connoisseurs who wintered there. While they were in Nice, their daughter was born. The following spring, they returned to Paris and Jeanne became pregnant again.

On 24 January 1920 Amedeo Modigliani died of tuberculosis. Jeanne Hébuterne’s family brought her to their home but Jeanne threw herself out of the fifth-floor apartment window the day after Modigliani’s death, killing herself and her unborn child. Her family, blamed her demise on Modigliani and at the beginning interred her in the Cimetière de Bagneux. Nearly ten years later the family relented and allowed her remains to be transferred to Père Lachaise Cemetery to rest beside Modigliani. Her epitaph reads: “Devoted companion to the extreme sacrifice.”