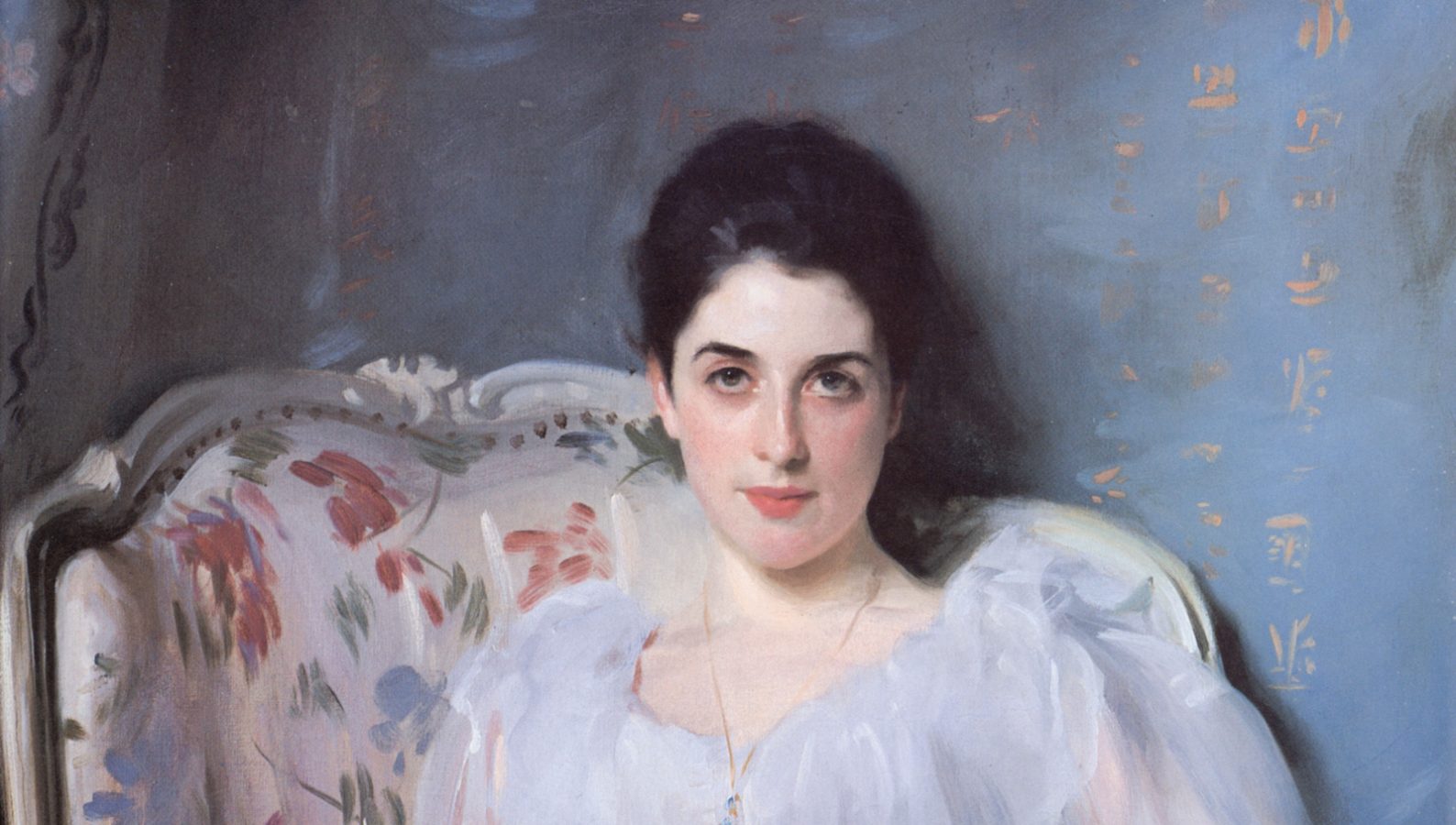 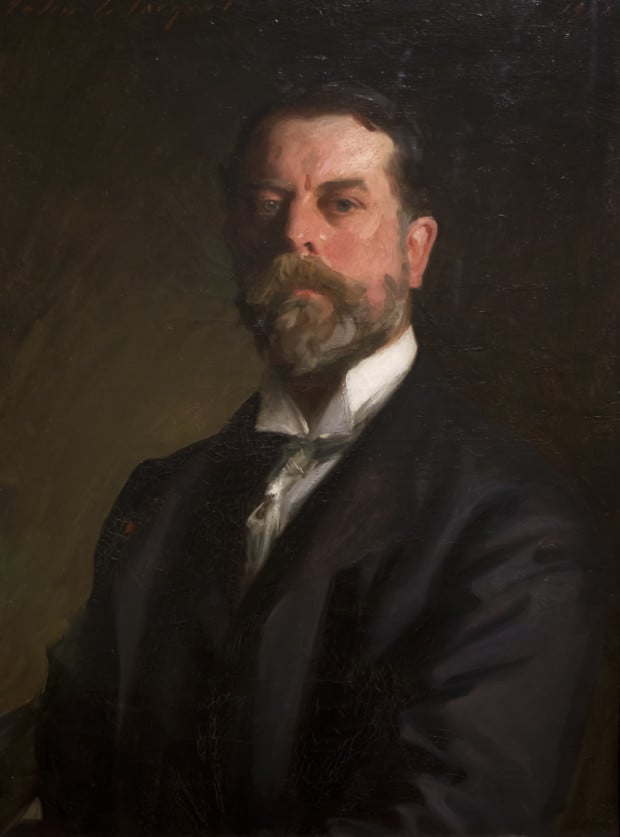 John Singer Sargent is one of art history’s most famous portrait painters. He was born in Italy to American parents and received his formal artistic training in Paris, where he quickly became successful at the all-important annual Salon. He soon began to receive commissions to paint socially important men, women, and families – first in France and later on in England and America. He also made oil and watercolor sketches of the people and places he encountered on his extensive, worldwide travels. 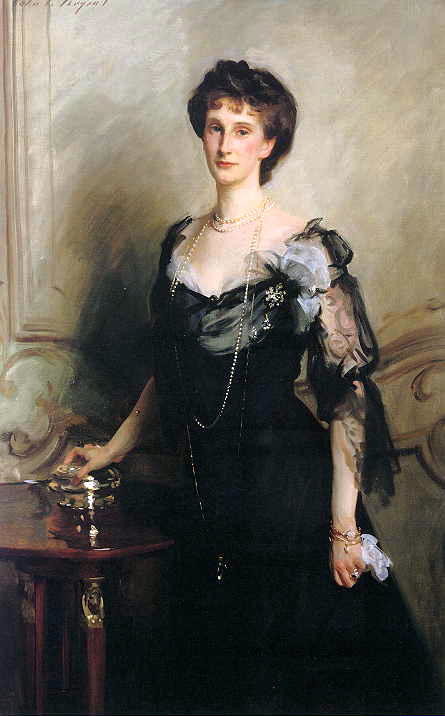 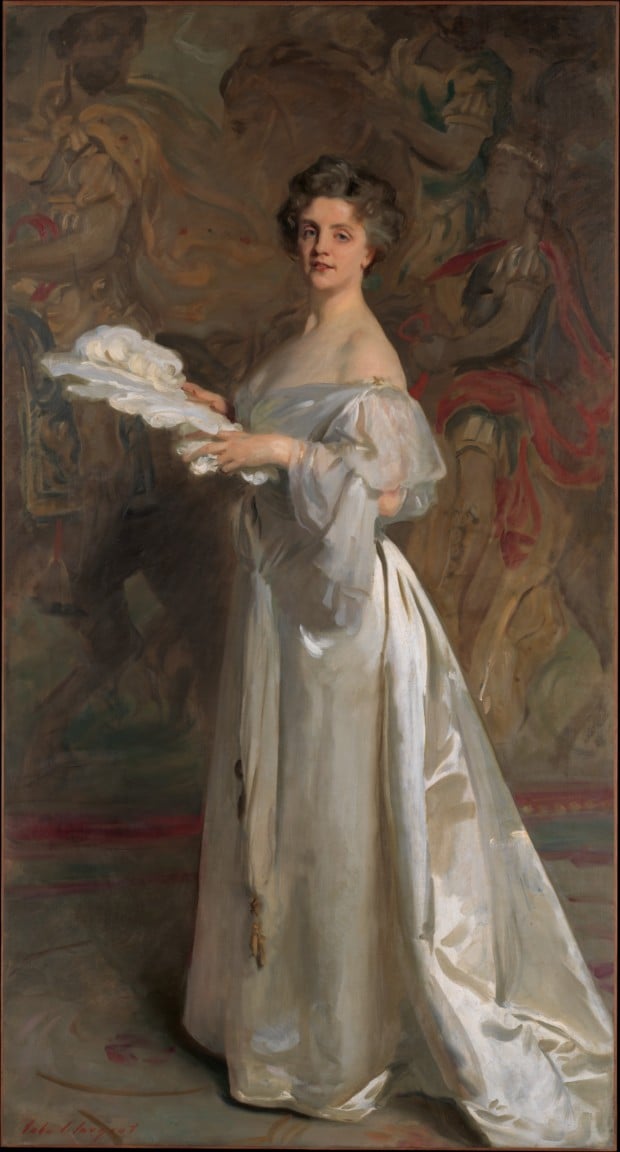 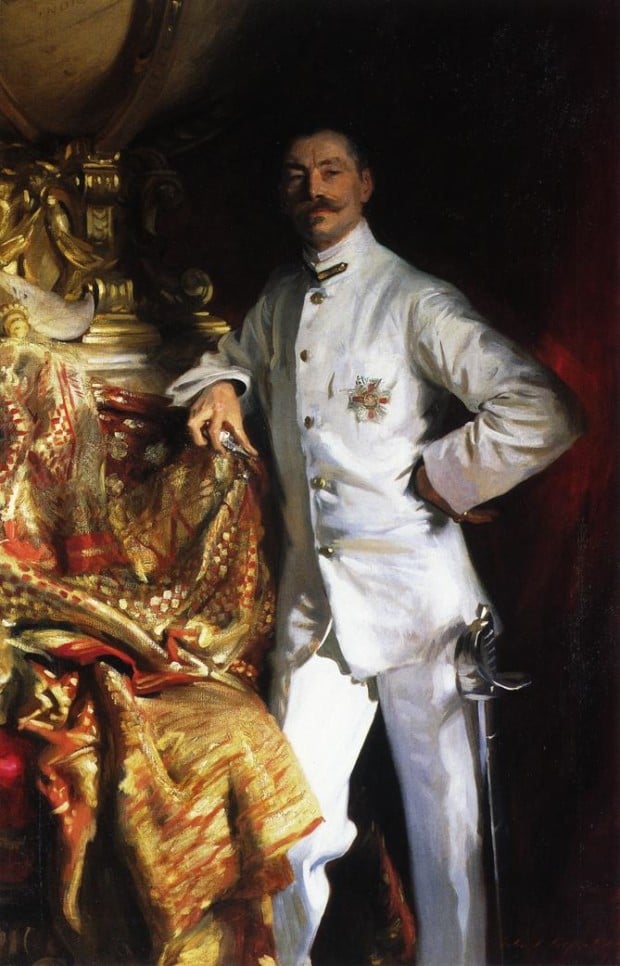 The glamorous portraits by John Singer Sargent are popular and easily recognizable today. His subjects look elegant and romantic thanks to his soft brushwork and his skill at depicting the beautiful fabrics that adorn his fashionable subjects. His works often have a subtle, yet powerful, psychological component to them. They always manage to convey a sense of the person beyond the painting.  In his many family portraits, he frequently used unusual compositions to hint at the relationships within the family. In all things, he was a master at striking a balance between innovation and tradition that satisfied his clients and the art establishment. His style sometimes seems to reflect the attitude of the sitter, with conservative subjects receiving the most conventional treatments. 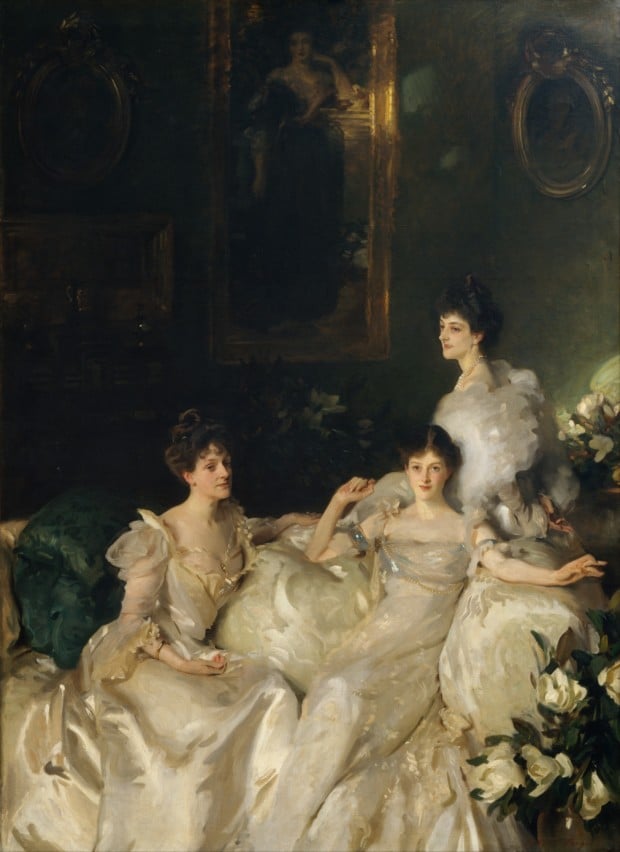 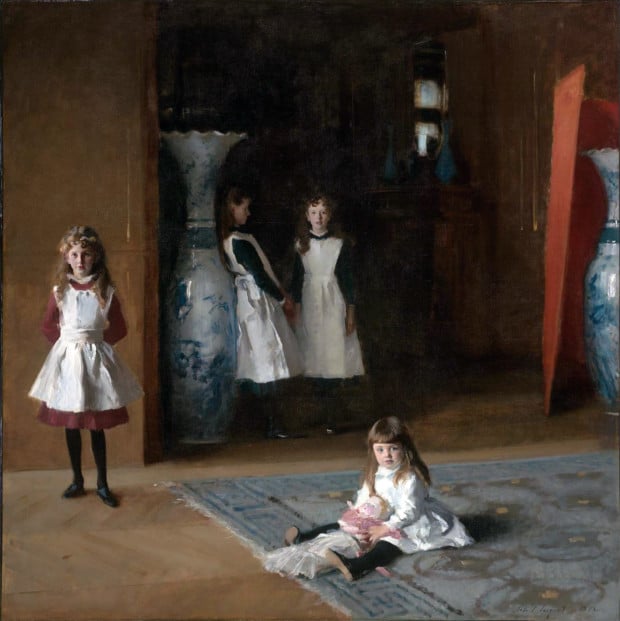 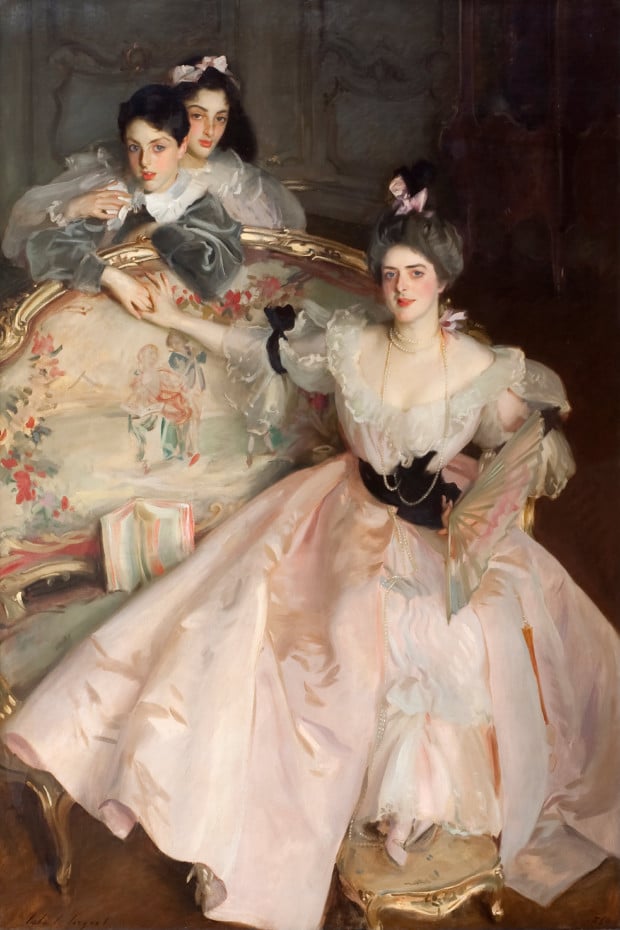 The steady stream of commissions from prominent families formed the basis of Sargent’s success, but he also painted non-commissioned images of turn-of-the-century society’s most fascinating characters. He actively sought out certain socialites, actresses, singers, and other celebrities and asked them to sit for a portrait. One such case was his famous Madame X, the elegant-but-aloof American-Parisian socialite named Amelie Gautreau. The work is widely admired today as a symbol of turn-of-the-century elegance and high society. However, it was very controversial in its time for being overly suggestive and unflattering to its subject. This was Sargent’s only work to receive such criticism, which has only enhanced his lasting fame today. It is now an icon of style that eclipses the scores of other beautiful ladies and handsome men he painted during his career. 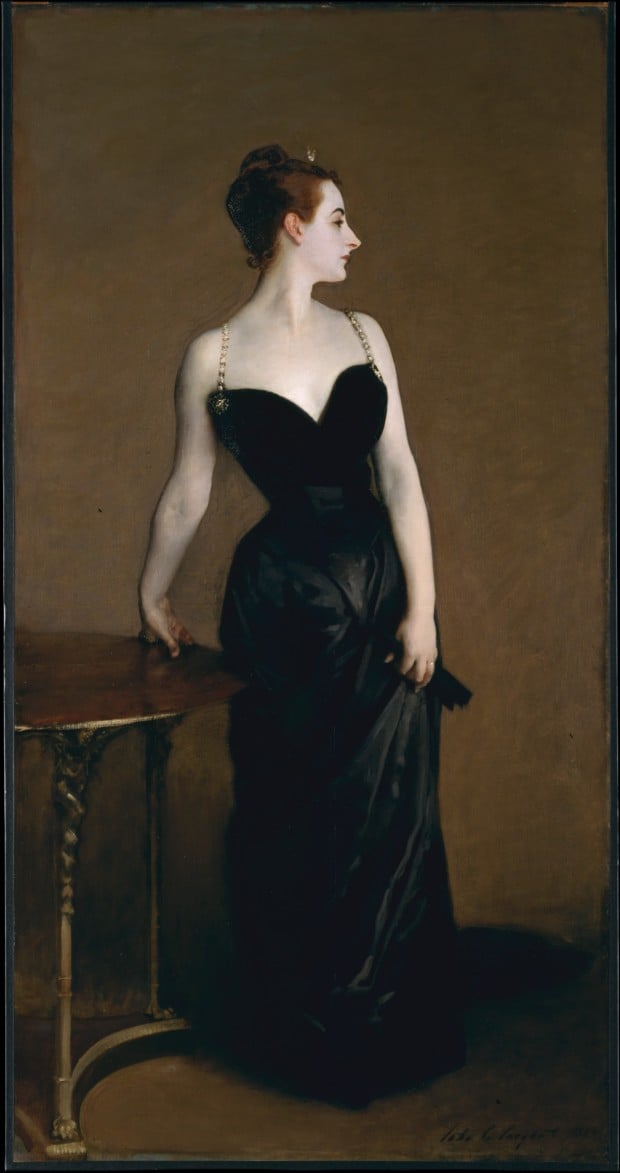 There’s no question that Madame X is a classic, but my favorite Sargent painting is of Scottish noblewoman Lady Gertrude Agnew of Lochnaw. In her portrait, Lady Agnew wears a pale purple dress with a big sash and sits in a floral chair with an Asian hanging on the wall behind her. She looks directly at the viewer.  In many ways she’s so demure. Her dress is modest and frilly, her dark hair is simply styled, and her posture is casual without being too relaxed. However, the way that she looks at her audience is strong and quietly assertive, and her facial expression is neutral, but far from passive. Unlike the brazen Madame X who looks away from the viewer, Lady Agnew shows her own confidence by looking directly at us. That’s what I find so compelling about this painting. 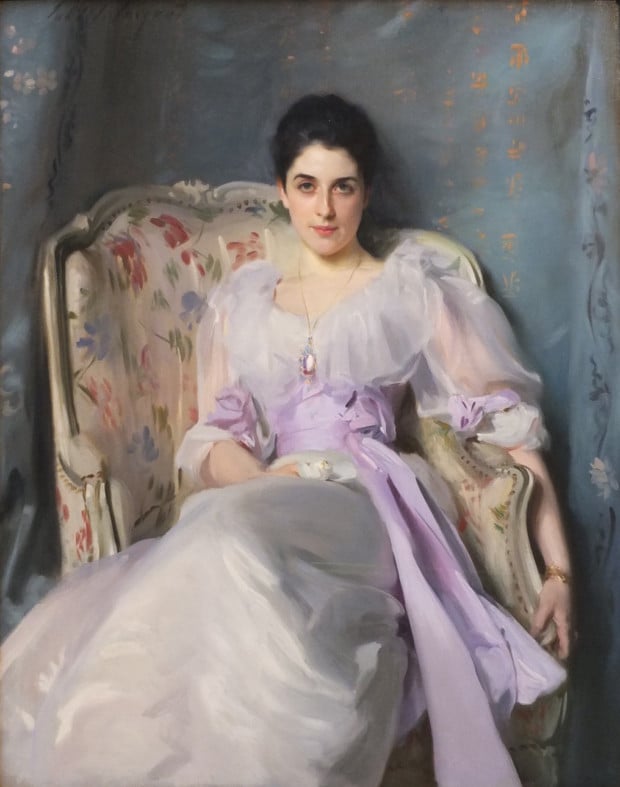 We encourage you to see portraits by John Singer Sargent reconstructed in photographs with Nicole Kidman!

If you find any joy and inspiration in our stories, PLEASE SUPPORT
DailyArt Magazine with modest donation. We love art history and we want to keep going with writing about it.
$5 $10 $25 $50 $100 MONTHLY
Related Topics:John Singer Sargent, Lady Agnew of Lochnaw, Madame X, portrait, portraits, society portrait