The ‘Degenerate’ World of Otto Dix 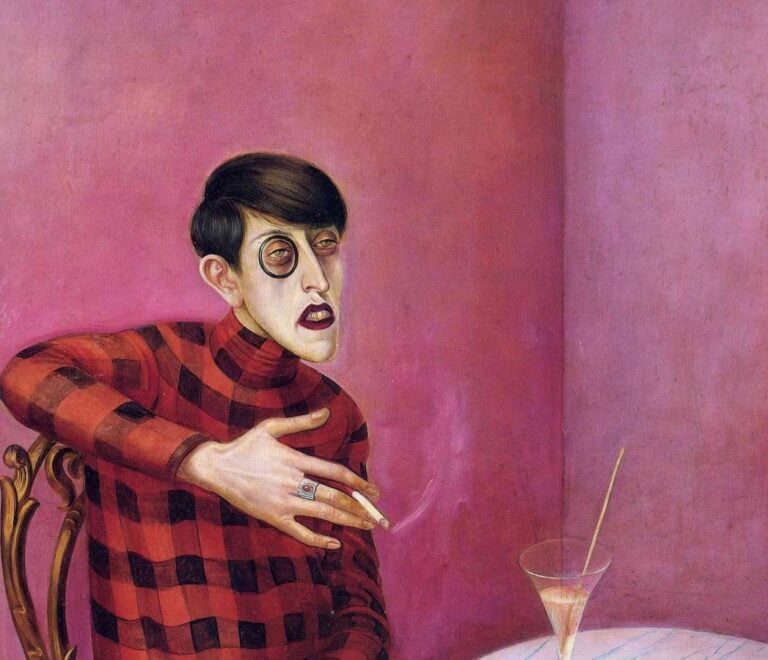 The dictionary definition of degenerate states it is “having lost the physical, mental, or moral qualities considered normal and desirable; showing evidence of decline.”  In the 1930s, Hitler and the National Socialist Party used the term to denounce modern art as “Entartete Kunst” in a bid to bring the ideas and concepts of the artists under state control.  What was needed, according to the party was the idea that all art should represent the German values of Kinder, Küche, Kirche’: family, home and church.

Otto Dix was one such artist deemed by the Nazis to be degenerate and who suffered as a consequence of being branded in this way.  Dix, who, by the 1930s, was well established as an artist and as a professor at the Kunstakademie in Dresden, was a natural target.  Dix had fought in the Great War and his paintings, drawings and etchings reflected the brutality of the war that, on several occasions, had almost taken his life.  But, not only did Dix wish to show the public the true face of what had occurred, he was also keen to show that the futility of the conflict was still going on.

The new ‘Weimar Republic’, while on the surface appearing to be a much better system for the people of Germany, with equality in law and vote for all Germans, was clearly not, with weaknesses in the laws, continued shortages, price increases and hyperinflation.  In the 1920s, Dix concentrated on revealing the hypocrisy of a society that was turning its back on what was really happening.  The irony is that the rise of the National Socialist Party was a direct consequence of what the Weimar Republic intended, and yet, many of Dix’s paintings were deemed to be ‘degenerate’ and were shown in the infamous 1937 exhibition in Munich, and were later destroyed.  The following are works that Dix produced during the chaotic 1920s and we can ask ourselves, is this ‘degenerate’ art, or is Dix holding up the mirror to a damaged society?

Dix depicts four ageing prostitutes in a brothel and was inspired by a visit to Hamburg in 1921.  The weary looks on the three seated at the table contrast with their naked colleague who caresses herself in front of a unseen client. All are past their prime, but are dressed in finery and makeup that are an attempt to reverse the ageing process.   Dix seems to be asking the question, what happens to these women as time passes?

A second painting, Salon II, later destroyed by the Nazis, was the subject of an obscenity charge.

The painting showed girls being examined by the client.  In court, Dix said, “The idea of the painting is to depict the whole ghastly, dehumanising effect of prostitution…The way the women are portrayed is intended to be revolting: to arouse exactly the opposite feeling to lust.”

Anita Berber (1899-1929) was a dancer, writer, actress from Dresden whose exotic looks won her many admirers in the cabarets of Berlin.  Her near naked performances became legendary, but it was her public appearances that made her name.  Her biographer, Leo Lania said of her, “Whether dancing, in front of the camera or intoxicated, the instrument of her art was her body.  She had nothing else,  It was her fate to obey it: urgently, passionately.” Berber’s drug taking and alcoholism was to be her downfall and she died in 1929 from tuberculosis.

After Dix and his wife had seen Berber perform, a friendship developed between the couple and the dancer.  In his portrait of her, Dix focuses on the sinuous sexuality that exudes from this woman from her shiny red bob, down through every curve and outline of her body; the red dress quivers and slide, creating the effect of movement.

The Portrait of the Journalist, Sylvia von Harden (1926)

Despite the hardships that came with the end of the war, the 1920s were a time where anything could and did happen. In Berlin, art, music, film, literature all reflected this desire to experience all that life could offer and nowhere was this decadence more apparent than in the nightclubs of Berlin.

Dix was now living in Berlin and frequenting the cafes and bars.  He met Von Harden (she adopted the name to give a more aristocratic slant to her writing) in the Romanisches Cafe.  This was one of the works deemed to be ‘entartete kunst’: degenerate art, and was exhibited in the infamous 1937 exhibition.

The androgynous portrait typified the way many women were dressing and behaving at this time.  Sylvia’s manly haircut, use of the monocle and lack of curves created an iconic image that was replicated in the film, Cabaret in 1972.

Our final painting is the triptych, Metropolis from 1928.  This was not the first time Dix used the compositional style of the triptych to put across his viewpoint.  The centre panel epitomises the glamour and decadence of Berlin in the 1920s. Dancing, particularly American jazz and ragtime, was the pastime of choice, symbolising the freedom people were feeling at the time.  The whole scene vibrates with activity; the transvestite dancer in the centre shimmers with her ‘wings’ and feathers; the jewel colours of the dresses glow and catch our eye as the band plays syncopated jazz. Life is good!

However, the wings of the triptych give a different story of Germany at this time. The war wounded struggling to live; the prostitutes lining the alleyway and, in the corner, peering round at them is the artist himself.  The outcasts turn away from him.  The right hand panel shows the hedonists leaving their cosseted world, passing by the war cripple, ignoring his upturned hat.