Die Brücke was a group of expressionist artists founded in 1905 in Dresden which were active until 1913. The art of Die Brücke confronted feelings of alienation from the modern world by reaching back to pre-academic forms of expression including woodcut prints, carved wooden sculptures, and "primitive" modes of painting. This was a huge quest for authentic emotion which led to heightened color and a direct, simplified approach to form. 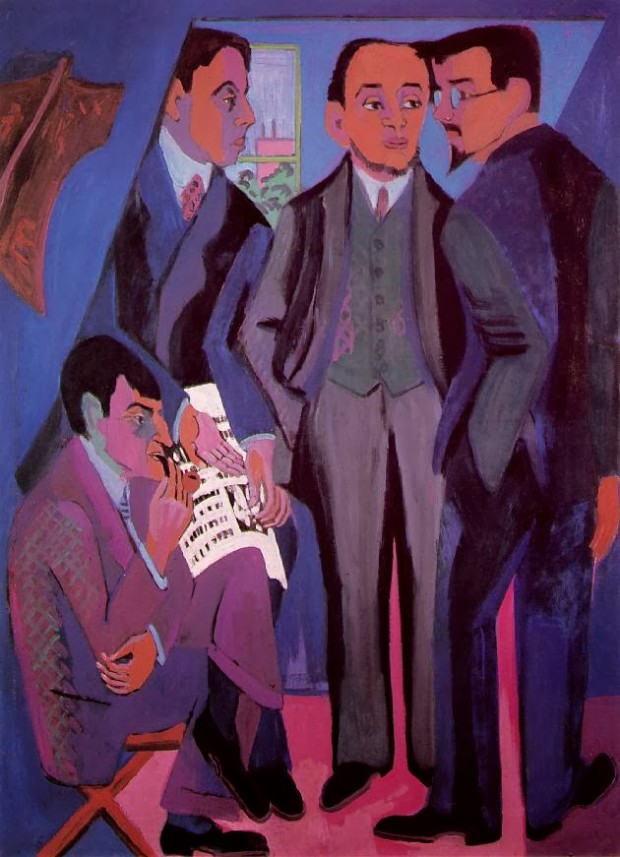 Ernst Ludwig Kirchner, Group of Artists (The Painters of the Brücke), 1926/27, Museum Ludwig, Köln[/caption] Among the founding members of the group were Jugendstil architecture students Fritz Bleyl, Erich Heckel, Ernst Ludwig Kirchner and Karl Schmidt-Rottluff. Later members were Emil Nolde, Max Pechstein and Otto Mueller. What's interesting, none of the founding members had received any formal education in the visual arts.

Ernst Ludwig Kirchner, Poster for the exhibition for the artists' group, 1910, Collection of Prints, Drawings and Photographs, Dresden State Art Collections[/caption] The word "Die Brücke" means "the bridge" in English.  It was intended to "symbolize the link, or bridge, they would form with art of the future". The artists wanted to find a new way of artistic expression, that will connect the past with the present. 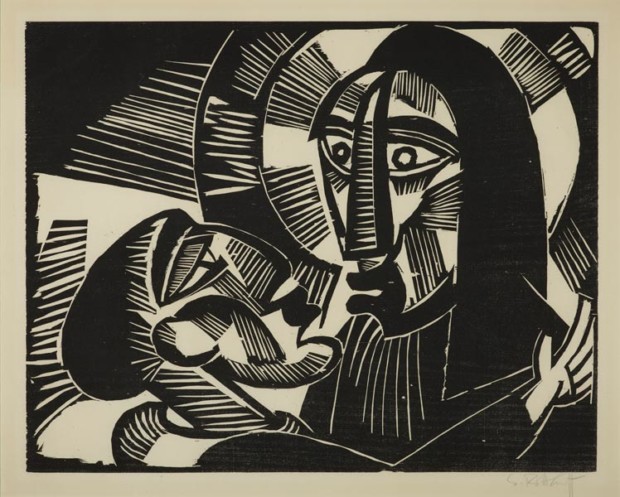 Karl Schmidt-Rottluff: Kristus and Judas, 1918. Woodcut; © VG Bild-Kunst Bonn, 2011[/caption] Die Brücke members loved the national heritage, so they revived older media, particularly woodcut prints. The group developed a common style based on vivid color, emotional tension, violent imagery, and an influence from primitivism. They invented the printmaking technique of linocut, although they at first described them as traditional woodcuts, which they also made. 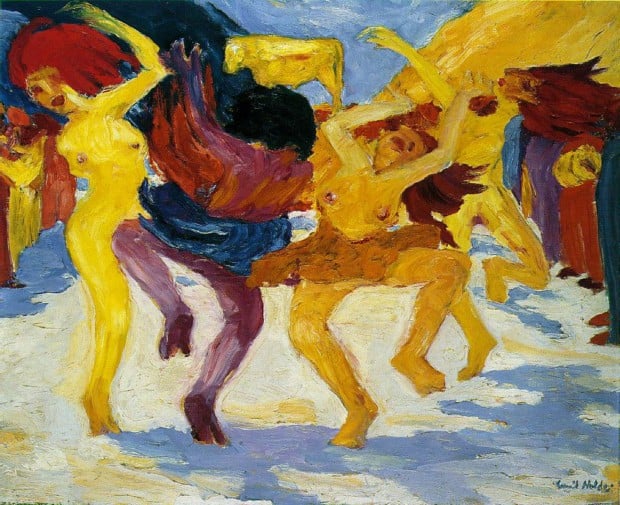 Emil Nolde, Dance Around Golden Calf, 1910, Staatsgemäldesammlungen, Munich[/caption] The members of Die Brücke, wanted to escape the Academy, traditional way of teaching and creating art, which for them, also meant the escape strictures of modern middle-class life. Nudity and explorations of free sexuality in their work (in domestic interiors and in nature) are often contrasted with images of the city, where human interaction is uncomfortably negotiated through prescribed social attitudes.