What is the most expensive painting of all times? Of course it is The Sistine Madonna by the Renaissance master, Raphael Santi. You’re shocked, aren’t you? Not a van Gogh? Not a Picasso, not a Gauguin? Some Madonna with Child? Why?

Well, for many the Sistine Madonna was hypnotising. Friedrich Nietzsche called her “the vision of the future wife” – that’s actually quite a funny one. Johann Wolfgang Goethe revered her as the “queen of all mankind.” Thomas Mann praised her as “my greatest experience in the art of painting.” She is the last Raphael work who died tragically at the age of 37 in the love bed of his mistress, La Fornarina – but it is not the story for today. 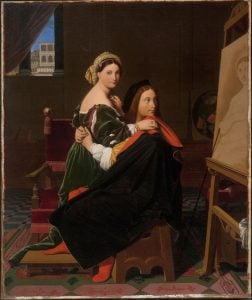 Let’s move to 1754, when the king Augustus III of Poland wanted to get The Sistine Madonna for Saxony. At the beginning of the year 1752, the court of Saxony began to negotiate with the Italian monks who owned the masterpiece to purchase the picture. The monks were suffering from financial difficulties so the whole operation should go easily. After some negotiations, the final agreement was reached and the picture was sold to the court of Saxony for the price of 25,000 scudi in the year 1754. 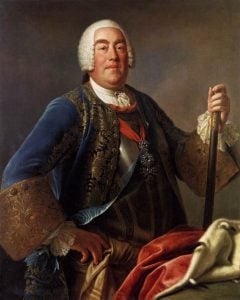 How much is it now? For 25,000 scudi in 1754 one could build a whole district of a town in that era. Even to this day such an exorbitant amount of money has never been paid for a picture. This is a true art devotion!

If you find any joy and inspiration in our stories, PLEASE SUPPORT
DailyArt Magazine with modest donation. We love art history and we want to keep going with writing about it.
$5 $10 $25 $50 $100 MONTHLY
Related Topics:raphael, renaissance