Genius of All the Art Forms: Mikhail Vrubel’s Fantastic Worlds 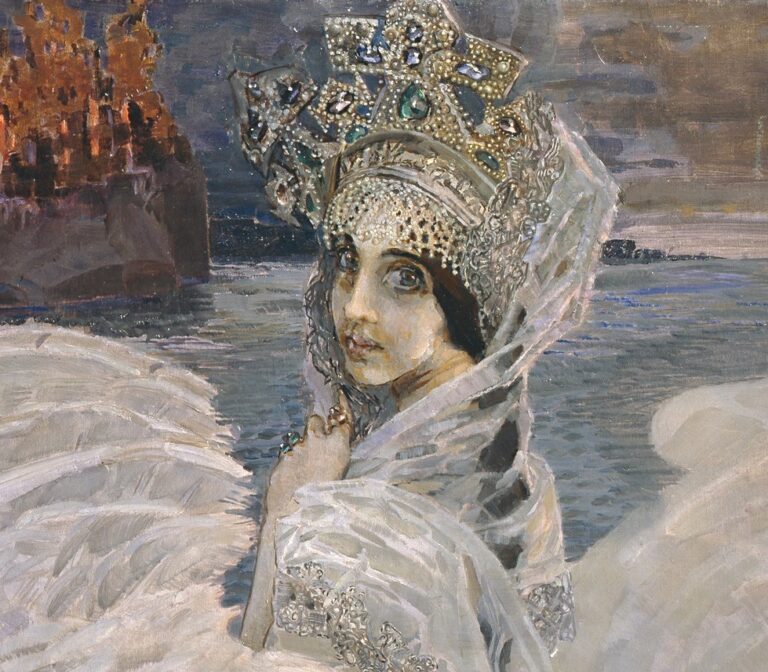 Alexandra Exter: From Russia to Paris with Art

The place of Mikhail Vrubel (1856-1910) in Russian art is exclusive and isolated. Legends already began to form around Vrubel during his lifetime. He was, and still is, unusual for his generation and time; a stranger standing alone on a mountain peak, like the demons he loved to paint.

Despite the mystical halo around Vrubel’s personality, there was nothing titanic in his everyday appearance. By nature, he was a rather sociable person. He discovered his artistic talent in his childhood, but decided to devote himself exclusively to art at the age of 24. By the time he entered the Academy of Arts, Vrubel had already graduated from the law faculty of St. Petersburg University.

Vrubel later recalled the years of studying art as the brightest in his life. He spent every free hour in the Hermitage, studying the works of the great masters. In the artistic circles of St. Petersburg, he instantly had a recognizable style. He managed to study not only in the academy classes, but also in the workshops of his artistic friends. Vrubel’s teachers noted his keen sense of form, color, and  ability to convey the most complex texture.

During his studies, Vrubel spent 6 years in Kyiv. He came there as an unknown artist, referred by his professor Pavel Chistyakov to restore the frescoes in the Church of St. Cyril. Vrubel also created a number of independent monumental paintings there. Having received an order for altar images, the artist went to Venice to thoroughly study the paintings of the famous Venetians of the Renaissance. Venice enriched Vrubel’s palette: there has never been such a rich, sonorous color on iconostasis images. The church did not like Vrubel’s work- it was too daring. Only after Vrubel’s death did they recognize his philosophical interpretation of church murals.

In the works from his period in Kyiv, we can already see the unique Vrubel style. It is based on the dominance of sculptural drawing, the originality of which lies in crushing the surface into sharp edges, similar to crystals. Vrubel views color as a kind of illumination that shines onto the crystal facets; that is why many of his paintings look like stained-glass windows.

The result of everything that Vrubel learned from his Kyiv period was the painting Demon Seated. It became Vrubel’s calling card and one of the central themes of his work.

Vrubel drew a cycle of illustrations for Mikhail Lermontov‘s poem The Demon, where he reproduced the key moments of the poem. But Demon Seated breaks away from its poetic prototype. There is no plot, but an eternal theme. The sculpturally painted body of the Demon resembles the titanic images of Michelangelo, and in the coloring we see the powerful chords of Venetian painting. The light here comes from within, recalling the stained glass effect so beloved by Vrubel.

Having started his independent career in art as a muralist, Vrubel also introduces the scale of the fresco and its characteristic symbolism into the easel painting. We see a new, fantastically transformed world.

Vrubel repeated the Demon’s image many times over the years. Stay tuned for the article about all Mikhail Vrubel’s demons!

After the Kyiv period, Vrubel moved to Moscow. But his works are not popular- he has no customers. Having plunged into the seething artistic life of Moscow after the relatively quiet Kyiv, Vrubel did not think that he would remain in Moscow forever. A lucky introduction (by the other genius Russian painter, Valentin Serov) to the famous philanthropist Savva Mamontov allowed Vrubel to partially solve his financial problems. Savva Mamontov immediately appreciated Vrubel’s talent and remained his main patron and defender for many years to come.

The portrait of Savva Mamontov, a man who played a huge role not only for Vrubel, but for Russian art in general, is one of Vrubel’s undoubted masterpieces. In this portrait, Vrubel stays true to the common theme of all the portraits he painted – the world experienced by man as a depressing, frightening mystery.

The canvas paints sound like a gloomy mourning chord. Behind Mamontov’s back is a miniature gravestone, a mourner, which gives the portrait the impression of a deliberate staging. Russian ”Lorenzo the Magnificent”, industrialist, philanthropist – Savva Mamontov, who also possessed an outstanding acting talent, seems to be playing one of the scenes with ghosts in front of the audience. Mental confusion, almost fright, is written on the face of Mamontov. However, he never loses his proud bearing. Vrubel leaves an alarming presentiment of danger in the portrait. In two years Savva Mamontov will go to prison and become broke.

Magical Is the Night

Vrubel was particularly smitten with nighttime colors. He created the cycle of 5 paintings called “the nocturnes”.  Twilight gives the paintings a special mysterious and fabulous flavor. In addition, night scenes allowed Vrubel to use all the possibilities from his favorite palette: any shade of blue and purple.

One of these paintings is called The Lilacs. The artist creates a mystical feeling, a natural phenomena intertwined into an extraordinary fantastic world. Heavy branches strewn with purple seem to be alive: if you look at the picture for a long time, you almost begin to smell the sweet scent of lilacs.

It is difficult to say for sure who is the main character of Vrubel’s painting. On the one hand, a luxurious flowering plant occupies almost the entire space of the canvas, leaving only a small corner for the night sky.

But unsteady, like a morning dream, the girl’s figure also attracts the eye. Her simple single color outfit and pale skin contrast with the excess luxury of the lilacs behind her. Some consider it the soul of a lilac, its reflection in human form, which manifested itself in the flickering of the moonlight.

Vrubel’s work of the 1890s is marked by close attention to folklore and fairy-tale images. This is largely due to the fact that the main female roles in Rimsky-Korsakov‘s fabulous operas, which Vrubel loved to listen to, were performed by his wife, Nadezhda Zabela. According to the sources, the artist fell in love with Nadezhda after hearing only her voice and immediately asked her to marry him. Nadezhda asked him to paint her portrait, which would determine her decision. They were together until the artist’s death, and it is the features of Nadezhda that we can see in all the faces in Vrubel’s paintings.

All the Art Worlds

Vrubel felt at home in any field of art: monumental panels, majolica sculpture, stained glass windows, architectural masks, and theatrical costumes. He loved to work in the art forms that became pushed to background by easel painting. Inspired by folk epics and ancient Greek mythology, the artist turns to majolica sculpture and strives to embrace with his creative imagination the whole world of beauty and all types of creativity.

Turn of the Century

The first signs of mental illness appeared in Vrubel in 1900. The 20th century brought the artist two great tragedies: his father died, and his long-awaited son is born with a serious defect – a cleft lip. The most severe creative depression is added to his personal struggles. Over the next 10 years, Vrubel spends a lot of time in psychiatric hospitals, but even there he does not stop painting – portraits of doctors, orderlies, patients, simple still lifes, and views from the window. Six years before his death, he paints the Angel of Death – Azrael.

In the last years of his life, Vrubel no longer worked. Eyes that had previously seen so supernaturally vigilantly saw nothing more; he was fully blind. Vrubel stood by the window all night and said that after 10 years of suffering he would regain his sight and would be given new eyes – made of emerald. Looking at the world of his paintings, his ingenious creativity, one can confirm that he did not need emerald eyes – he already saw our world in all its preciousness.