What Do Édouard Manet and Saint Francis Have in Common? 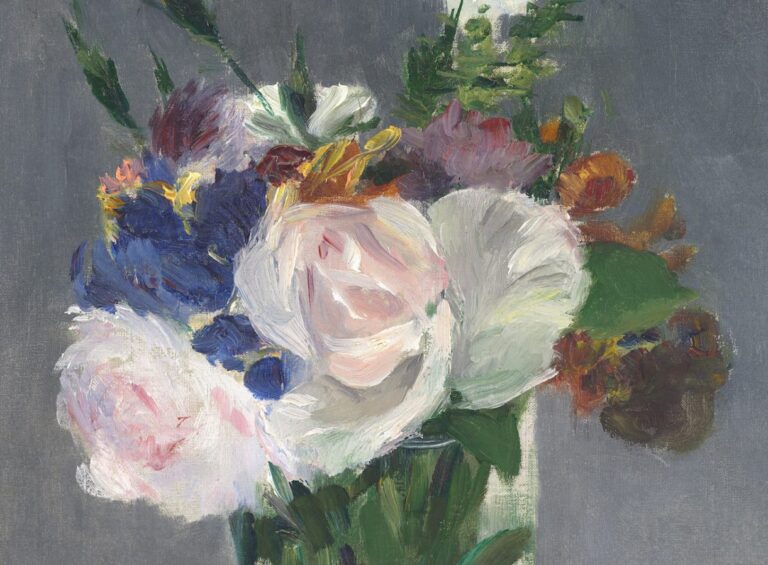 By founding an Order of Friars Minor, Saint Francis opposed the ideology of other orders of his time which aimed to accumulate power and wealth. In a similar break with orthodoxy, Manet introduced “pure color”, a collection of dashes of color, in opposition to classical paintings of the time with their flowing tones.

Both loved life and nature and managed to express this love through the smallest and simplest things. Saint Francis was known to give sermons to birds, fish, and flowers. Manet believed that “a painter can say anything he likes with fruit, flowers or even clouds”. At the end of his life, when advanced disease prevented him from painting large canvases, he created his most beautiful still lifes. He painted bouquets brought by his friends, or sometimes even single, common objects such as lemon or bunch of asparagus.

One of the bouquets created in that period stands out from the others – Carnations and Clematis, 1882. In its simplicity and modesty, it is the sweetest and most charming of Manet’s paintings.

What Manet and Saint Francis most have in common is that they were both remarkable people who were ahead of their times and made an extraordinary mark on the history of western culture.