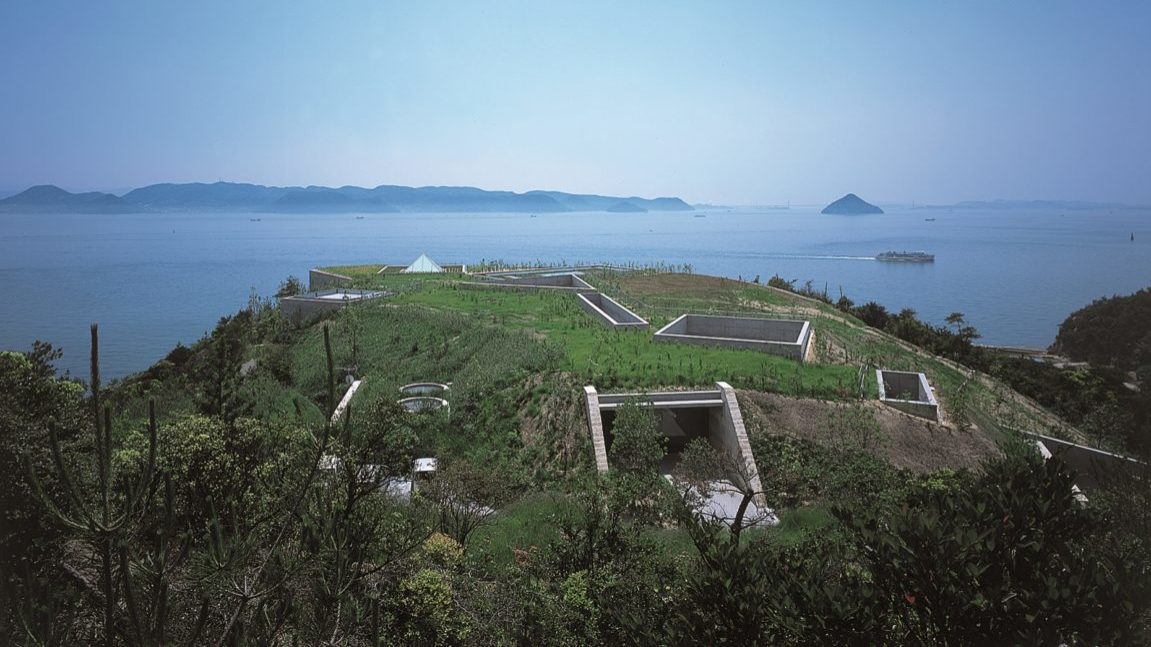 Over the next year Japan will be hosting the Rugby World Cup and the 2020 Olympics, expecting visitors from all over the world. If you’re an art lover, who is also planning a trip to Japan, you should add Naoshima to your itinerary.

Naoshima is a small island located roughly between Hiroshima and Osaka. It is one of over 3000 islands in the Seto Inland Sea. Among the many beautiful islands, Naoshima and its neighbours, Inujima and Teshima, have become well-known for their several excellent art museums; Naoshima has even gained the nickname “art island.”

In 1992 “Naoshima International Camp” metamorphosed into the luxurious Naoshima Contemporary Art Museum. Now known as Benesse House, this is an integrated museum and hotel. Between 1992 and 1995 there were many temporary exhibitions.

The 1994 “Out of Bounds” exhibition set the precedent for installations within the island’s natural environment rather than collecting artworks. Commissioned artworks are all over the island and are what make Naoshima so magical.

Artworks are everywhere within the space and also outside – in nearby forests and along the seashore. Over 30 internationally acclaimed artists, from all across the world, feature in their collection. If you visit in the morning you can have breakfast in their café under the auspices of Warhol’s Flowers (1967).

Yayoi Kasuma’s Pumpkin was part of Out of Bounds exhibition. Now, it is a symbol for the island. Yayoi Kusama (b. 1929) is one of the most important living Japanese artists. Her art is all encompassing, from sculpture and installation to fashion and poetry. Her art is instantly recognisable and invites viewers into her mind and experience. On Naoshima, her signature yellow pumpkin sculpture is on a jetty looking out to the Seto Inland Sea. In 2006 Red Pumpkin came into being on Naoshima and now welcomes visitors as they disembark the ferry from Uno port.

Art and the Local Community

The concept of making art a vital part of the island is vital. The Art House Project (1998 – ) came from this idea. In the Honmura district, a residential fishing area, artists convert the houses. The Art House Project is an opportunity for the art to expand out of the Benesse House Museum into the local community.

The Art House Project is a tangible example of the impact that art has on the local community. Special exhibitions in 2001 and 2006 expanded across the whole island (not just the Honmura area), and inspired other community-led projects such as the Naoshima Rice-Growing project (2006) and an art Sentō (Japanese public bath-house), “Naoshima Bath I♥︎︎湯 (I Love Yu).

Naoshima’s second museum, the Chichu Art Museum, opened in 2004. The Chichu Art Museum incorporates itself into the island’s natural landscape and creates unnatural spaces within it. It’s Japanese name 地中, chichu literally meaning underground. The museum blends inconspicuously into the landscape by being subterranean but also features copious amounts of natural light. Similarly, artworks and architecture also blend together.

Similarly, the gallery where the five Monet paintings (from his Water Lilies series) are hung was designed to unite the paintings with space. The Chichu Garden has nearly 200 kinds of flowers and trees which featured in Monet’s artworks. It is a small snapshot of the garden at Giverny.

Like all the museums on Naoshima, The Chichu Art Museum it is an artwork in itself. You must wear slippers to enter the gallery spaces, which along with the museum’s connection to nature, creates a very tranquil experience for guests.

A Brief Tangent about James Turrell

The James Turrell pieces on the island are particularly fantastic. Turrell (b. 1943) is a world-famous American artist who presents light as art itself. There are four pieces by Turrell on Naoshima. Three in the Chichu Art Museum and one as part of the Art House Project. The museum runs a night program so visitors can experience Open Sky at all times of the day. In Open Field visitors walk up steps and into the bright colors, allowing you to immerse yourself in the light created by Turrell.

Fans of Turrell can then have a contrasting experience at Minamidera, a building at the Art House Project. This name translates as “southern temple” because it is located in an area that once featured five sacred places. Here visitors can experience Backside of the Moon by Turrell. A guide leads you into darkness. Next, you spend fifteen minutes growing accustomed to Turrell’s light.

Another notable artist who is prominent on the island is Lee Ufan, a minimalist painter and sculptor. Six years after the Chichu Art Museum, Naoshima’s fourth art site opened – the Lee Ufan Museum. This museum was the first dedicated solely to Korean artist Lee Ufan. The Japanese government has acknowledged Ufan for having a particularly significant contribution to the development of contemporary art in Japan. During the late 1960s and 70s Ufan played a major role in the contemporary art movement known as Mono-ha.

Unlike the Chichu Art Museum, the architecture of the Lee Ufan Museum creates an intense atmosphere. It focuses on stark horizontal and vertical lines. There are 17 pieces by Ufan in the museum, including both sculpture and painting. The entrance to the gallery is a journey through a valley-like hall. Next visitors arrive in an intimidating triangular courtyard before entering the gallery.

The Influence of Tadao Ando

Naoshima is a  beautiful place, with cliffs that present sweeping views over surrounding seas. The architecture of Tadao Ando compliments the island’s beauty without taking anything from it. Tadao Ando (b. 1941), is a self-taught architect. Ando’s style is akin to Japanese haiku poetry – emphasising beauty through simplicity and experience. He mostly uses concrete in combination with natural light. Ando’s relationship with the island started at the very beginning, with his supervision of the 1989 campsite. The architecture of the sites provide spaces for people to reflect on the relationship between mankind and nature.

To learn more about Naoshima the Benesse Art Site Naoshima website is excellent. It can offer you full descriptions of anything mentioned in this article, images of the artworks discussed and access information.

Isla is a Classicist and lover of learning about art. She recently moved to London, having spent a year in Japan after graduating from the University of Cambridge.