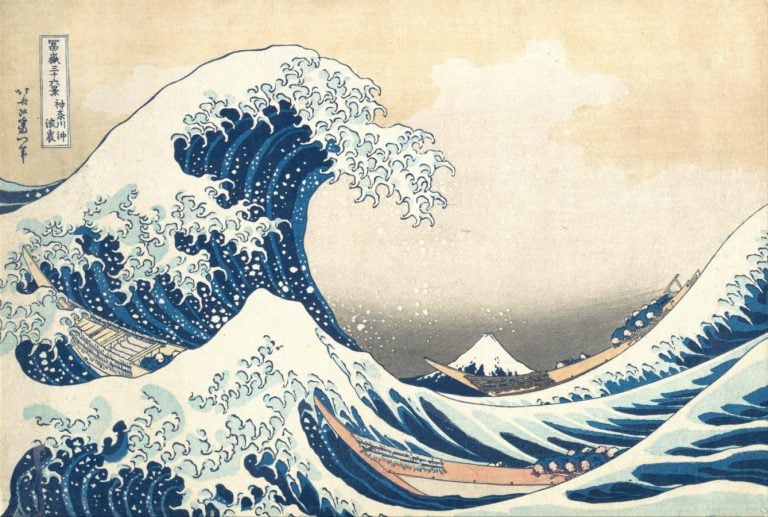 Printmaking, the art of printing artworks on paper, developed in the 15th century when paper became widely available in Europe. Gutenberg’s printing press revolutionized the availability of knowledge and the way it was shared. Artists all over Europe were suddenly able to study illustrated books- for example- on anatomy, know which artists were popular in other countries, and even study the antiquities of Rome through copies. Apart from copies, printmaking became an artistic medium in itself, with printing series that centered around a theme.

1. The Apocalypse by Albrecht Dürer

The series of The Apocalypse was the first to grant the German painter and printmaker fame. The series was first printed in 1498, when, as it often happens in the dawn of a new century, the theme was especially popular. From this series of 15 woodcuts, the most famous was and still is The Four Horsemen of the Apocalypse. The horsemen charge upon mankind, following the description in the Book of Revelations. First comes Conquest holding a sword, then War brandishing a sword, and followed by Famine which holds a scale. Last, comes Death with a trident, the weapon being the only deviation from the original text. In the left corner, just below Death, an apocalyptic monster is ready to devour a Catholic priest, showing the dissatisfaction of the Northern countries a few years before Martin Luther’s Reformation.

At the turn of the 18th century, Francisco Goya was the official painter of the Spanish court. In tandem with the royal commissions, he privately works on a series of 80 prints called Los Caprichos. The collection is published in 1799 and criticizes the faults in Spanish society, namely the great power of the church and people’s prejudice.

The print that sums up the entire collection is the one named The Sleep of Reason Produces Monsters. A man, who many believe is the artist himself, sleeps while being attacked by bats and owls. Next to him, a feline is keeping watch. These creatures represent the evil forces in Spanish folklore. The title of the print, inscribed in the front of the office, is often explained by Goya’s love for the values of the Enlightenment. However, the caption below the print tells another story.  There we read: “Imagination abandoned by reason produces impossible monsters; united with her, she is the mother of the arts and source of their wonders.” This shows that Goya believed imagination should be completely disregarded in favor of reason and logic.

Thirty-Six Views of Mount Fuji is a series of woodblock prints by Japanese artist, Katsushika Hokusai. The series was produced between 1830 and 1833 and follows the Ukiyo-e technique which means “floating world”. Ukiyo-e prints are recognized by their attention to pure color and clean lines. Traditionally, they feature themes with courtesans and actors but Hokusai changed that, emphasizing aspects in the lives of ordinary people.

Ordinary people also feature in the most famous print in the series, Under the Wave off Kanagawa. A huge wave is threatening the three fish boats in the foreground. In the distance, nestled between the frothing sea, we see Mount Fuji, the highest and most sacred mountain in Japan. Throughout the series, the mountain features prominently in all of the prints. Hokusai studied Dutch prints and was fascinated with linear perspective and the bright Prussian blue, then used only in Europe.

4. A Rake’s Progress by William Hogarth

A Rake’s Progress is a series of eight paintings and tells the story of Tom Rakewell as he squanders his father’s inheritance and descends into ruin and ultimately Bedlam. Hogarth, in his usual satirical way, comments on the problems of 18th century Britain. The series, before being put into print, was produced as a series of paintings.

According to the story, the rake, an old-fashioned term for an immoral person, returns from Oxford to collect and spend his father’s inheritance. At the same time, he rejects his pregnant fiancée, Sarah Young. Then, as the story progresses, we see Tom spend his money on prostitutes or gambling, being saved at the last moment by Young when he is arrested for debt, only to marry a wealthy heiress and then spend her fortune, to finally end up in debtors’ prison and Bedlam.

Apart from artistic print series, 15th-century prints were widely used as illustrations in works of literature. John Milton’s Paradise Lost is an epic poem arranged in 12 books recounting Lucifer’s rebellion and the Fall of Man. First published in 1667, it became immensely popular and inspired a new generation of poets like Keats and Byron and, much later, authors like J.R.R. Tolkien.

Gustave Doré was one of the most celebrated illustrators of the 19th century. He has illustrated a number of literary classics, among them Dante’s Inferno and Cervantes’ Don Quixote. For Paradise Lost, he created 50 prints, imbuing them with the grandiose feeling of Milton’s poem.