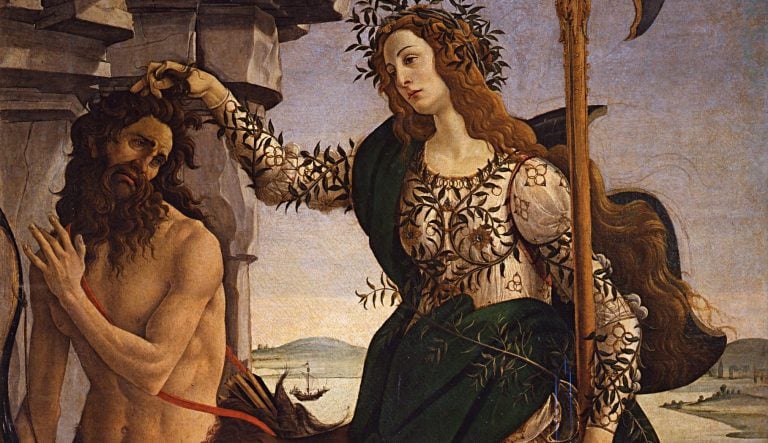 9 Creatures by Odilon Redon that Will Give You the Creeps

Centaurs are human-horse hybrid creatures composed of dualities: human and nature, chaos and neutrality, love and violence. From ancient Greece to present day, centaurs have inspired and intrigued artists. Across cultures, centaurs have been perceived and depicted as aggressive brutes, dedicated teachers, or fearless protectors. Did they actually exist or were they just imagined? We’ll take a look at the transformations of centaurs in art throughout the ages.

Legend of the Centaur

The existence of centaurs can be traced back as far as ancient Sumer. Centaurs of Sumeria were often depicted with wings and a scorpion’s tail. They were known as guardians of the underworld. In Greek mythology, centaurs—or kentauroi—were born from Nyphele, a nymph made of clouds by the almighty Zeus. Greek centaurs took on a more barbaric personality with a muscular physique. The most revered centaur was Chiron. Two characteristics set him apart from the rest of the centaurs.

One, his parents were the sea nymph Phyilra and the Titan Cronus (Saturn). During the conception of the yet unborn Chiron, Cronus took the form of a horse which led to his son’s hybrid appearance. Two, Chiron was an educated and enlightened centaur unlike his often rowdy counterparts. He was a great teacher and healer with limitless knowledge that he shared with others. It was said that Chiron dwelled in a cave at the top of Mount Pelion where heroes visited him to learn important life skills in regards to medicine, prophecy, archery, and music. After being wounded by Hercules, Chiron became known as ”the wounded healer” since he invented medicine in order to heal himself.

Centaurs were a popular motif in ancient Greece and appeared on all kinds of objects from pottery, jewelry, and coins to sarcophagi, monuments, and even architectural design. Greek centaurs were usually depicted as physically fit and bearded. Their hybrid form varied. Some centaurs were rendered with human forelegs and equine hindquarters. Others were human from the waist up with a horse body or human legs with hooves. Winged centaurs were rare but did appear from time to time. Centaurides, or female centaurs, surfaced during late antiquity. Although imagery and literature regarding this gender of centaurs is rare, a Greco-Roman mosaic depicting two centaurides with the goddess Aphrodite/Venus gives us a glimpse of these elusive beings.

Centaurs from the Medieval Ages to the Renaissance

Several illuminated manuscripts and texts from medieval times depict centaurs. They were a common creature in the medieval bestiary. Many people feared the centaur and believed it reflected the devil. On the other hand, centaurs also symbolized the astrological zodiac sign of Sagittarius. This gave the centaur the opposite role from the powerful protector. During the Renaissance, many artists chose to portray the centaur as a guardian, teacher, or aggressor. Michelangelo and Giambologna depicted centaurs in action, while Botticelli chose to imagine a passive and tamed being.

Artists of the 19th and 20th century greatly admired the versatility of the centaur. Far removed from the mentality of the ancients, artists of these centuries put a modern spin on the mythological creature. Picasso explored the personality of the centaur with drawings and sculpture. Dali’s soft and gestural drawings of a centaur emanated a tender sensuality not often associated with this untamed creature. Odilon Redon also depicted centaurs in quiet settings or in solitude. Perhaps these artists thought of the centaur as their spirit animal, a reflection of themselves or who they aspired to be.

Centaurs continue to fascinate and inspire artists even today. Most recently, Danish artist Uffe Isolotto features a family of three centaurs in his installation We Walked the Earth at the 2022 Venice Biennale. British-Nigerian artist Yinka Shonibare created various centaur sculptures from mixed media that explore cultural identity and reference art history. Overall, the centaur lives on and encourages us to find our balance with nature.