Arman And Six Works You Need to Know 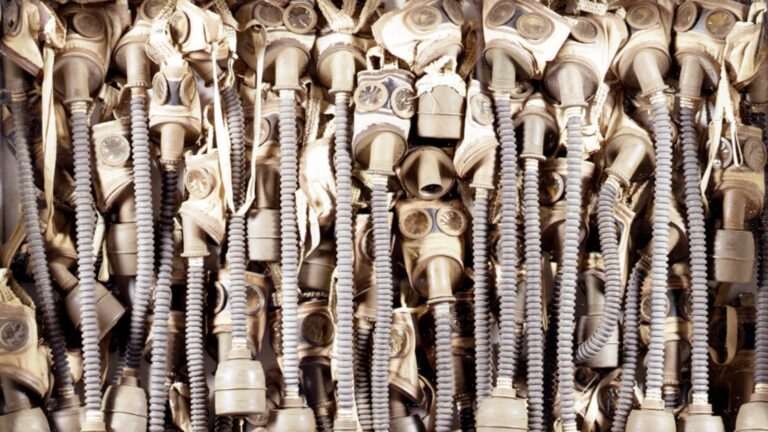 In a world where everything seems even more disposable as the days go by, it is interesting to look to what was consumed and thrown away in the 20th century. Arman works portray his society by showing what was left behind as garbage using different means to do so, all of them very interesting to analyze. So I give you Arman and six works you need to know.

When we talk about consumer society in art we usually think about Pop Art and, of course, Andy Warhol. But the 1960’s art scene saw a lot more than that. In France, there was the Nouveau Réalisme, founded by Yves Klein and the art critic Pierre Restany.

One of the most significant artists in that style was Arman (1928-2005) a Franc-American painter and sculptor. The main characters of his works were objects that he looked for in the garbage. He used what he found to show the society he lived in but also some of his friends. The garbage we left shows the person/society we are. This made him reformulate what portraits were.

The Accumulations are Arman’s best known works and he either did them in boxes, in Plexiglas or by simply attaching the objects together. He not only wanted to portray the society he lived in, but also show how an object is massively produced.

Here we have an example of an Accumulation of gas masks in a box. This is one of the earliest works Arman did and so it reflects the fear of immediate danger that the 20th century represented. Nowadays we probably would not find these many gas masks in the garbage, but this is how the society back then lived. He did three boxes just like this one.

With this type of work, Arman was like an archeologist that found evidence of an era. The objects show us the natural desire that people have to hoard and collect. But the viewer always has a sense of familiarity with the objects so the thought of “wow, how could people throw away so many of these things” is also accompanied with a physical and psychological connection.

Another type of work Arman used to do were de Poubelles (French for trash bin). In these, we can see a portrait of someone through the objects they had – a portrait of the 20th century.

In the image above you can see Yves Klein’s Robot Portrait (that’s how Arman named these works). There is a lot of blue, characteristic of Klein’s artwork, some clothes, books, photographs and even some pages from a newspaper.

Although those are the most known Poubelles, this type of work was not only dedicated to Arman’s friends and family. He also decided to do kind of the same thing with every type of family in New York, the city that he lived in at the time.

In Petits Déchets Bourgeois we can see the garbage of a middle-class family, which Arman would collect directly from the trash can outside. This way we could get to know the family a little bit better from the things they threw away, so we mostly see food leftovers and packages. Once again, everything is organized in a box and there are no blank spaces.

In October of 1960, Arman exhibited in the Iris Clert Gallery, in Paris. Here too he chose to use garbage as the main piece.

The whole gallery was full to the ceiling with trash and so the only option to see the exhibition was from the outside, through the windows. This was the opposite to what Yves Klein had done sometime before in the same space. Klein left the gallery completely empty and presented it as so. Arman and Klein were really close friends, and that’s how Arman had the chance to exhibit in the Iris Clert Gallery.

Klein thought that this reversal of his idea was something needed:

After my own emptiness comes Arman’s fullness. The universal memory of art was lacking his conclusive mummification of quantification.

With this exhibition, Arman wanted to show how society, in general, was producing so much unneeded things that would ultimately become garbage, taking all Man’s space. The world was getting full of objects that would occupy our home, streets and, in this case, even the art world. The gallery was full of mass production trash that took art’s place and also the public’s space.

The invitations were sent in tuna cans, as you can see above, that contained the main information on the outside and with some trash on the inside. You just needed to open it like you do to get your tuna.

Arman was also known for his public art, making works with big scales and each of them containing an object that repeats itself multiple times.

Long Term Parking is no exception and has some controversy attached, since the population of the area was not happy when they found that this work would stay there forever. In this piece, we can see 59 cars, most of them from French car companies, all agglomerated in a concrete block.

You may think this was some sort of a random gathering of objects, but in fact, Arman chose each and every one of these cars by himself. It is said that once Arman stood to watch the cars passing by and took some notes of the brands he saw. Later he would find the exact same models in a junkyard and used them in this work.

One of the main characteristics of Long Term Parking is how strong the colors look in comparison to the concrete. The cars were restored and painted so they could call all the attention to the piece. Regardless of all the restoration, the cars are deprived of their main function and assume a kind of static position, because they obviously can’t go anywhere.

After 36 years, there is a sight of degradation, mainly in the cars that have been losing its colours and some of the pieces. But this is exactly what Arman wanted, to the cars to fall down completely so their negative space in the concrete is visible.

Some of Arman’s last pieces contain paint, mainly acrylic, something he hadn’t use in his early works, including the ones we saw until now.

Of course, the objects are still present, and this work is part of a series Arman did with bicycles. Mixing the paint with the brushes and the bicycle, the artist has the intention of breaking the line that exists between painting and sculpture.

The bicycle is sliced, losing its tridimensional form, and covered in paint, merging itself on the canvas. We can see that the brushes are the final touch since they’re what spreads the paint. Certain brushes made only one stroke, while others work in circular forms. Some of them converge into the bicycle wheels, enhancing their shape with some kind of a rhythm, and others re-enact the process of painting. The color palette is small, with no more than 5 colours. All of the works in the series have names that take us to Arman’s inspiration behind them, something that also has a connection to the colours chosen by the artist. The bicycle gains a new symbolism while sliced and drenched in acrylic paint – a mundane object loses its original context and is re-appropriated in another way and for something completely different.

Arman made hundreds of works during his life and these are only some examples of all the paths he experimented with. The idea behind the works is always the representation of consumerism and the main object of the artworks is what the people that are part of that consumer society leave behind. What changes is the way of showing that.