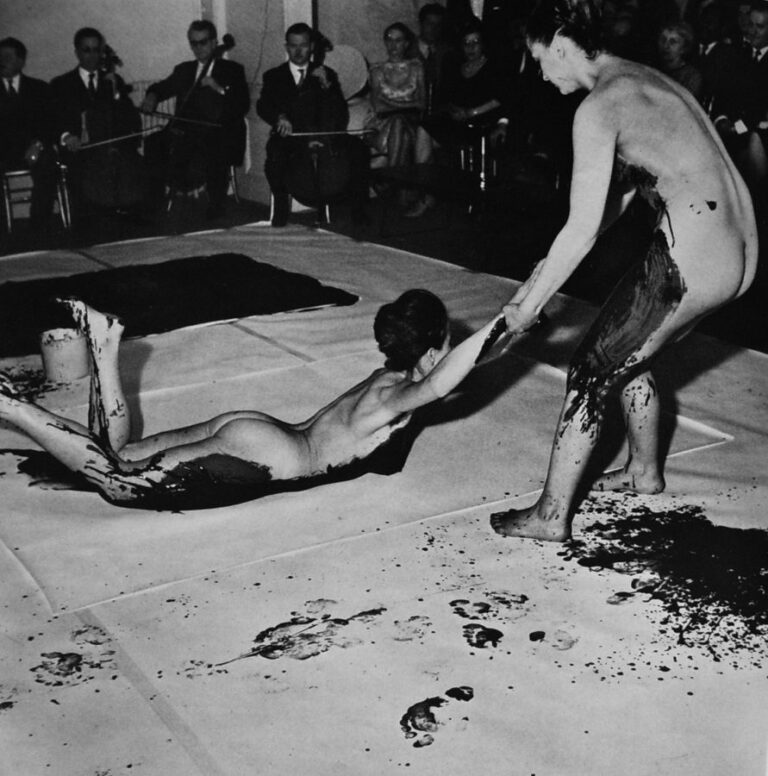 This week we have already mentioned this French artist in an article 10 Masterpieces By Yves Klein You Should Know. This time we want to share a rare footage of Yves Klein performance – Anthropométries. Klein used naked women as ‘human paintbrushes’ his paintings, which were produced as elaborate performances in front of an audience. Klein, in bow-tie and suit, would conduct the women as they covered themselves in paint, of course of a colour he patented as ‘International Klein Blue’ and made imprints of their bodies, whilst musicians played his ‘Monotone Symphony’ – a single note played for twenty minutes, followed by twenty minutes of silence.