Women in Kunstmuseum Bern: A Glimpse to the Collection 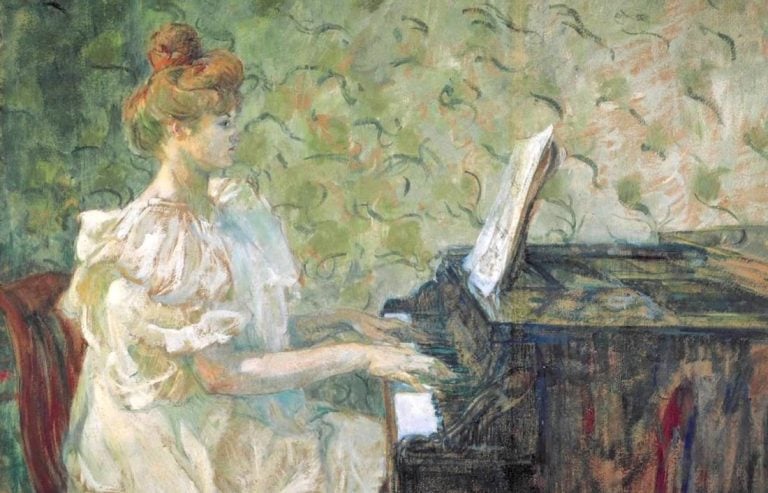 The collection of Kunstmuseum Bern ranges from the Gothic to the present and currently consists of more than 4,000 paintings and sculptures as well as 48,000 drawings, prints, photographs, videos and films, and it is really worth further exploring. So here, we would like to give you a little teaser and show you couple of other pearls that Kunstmuseum Bern owns. This is a short selection of our favorite paintings from Kunstmuseum Bern presenting women — enjoy!

When Amadeo Modigliani moved to Paris in 1906, his nudes were regarded as offensive, and his style was so unique it didn’t fit any established art movements. On this painting, inspired by the Italian Renaissance, Paul Cézanne, and African tribal art we see everything we know Modigliani for – fine black outlines and the elongated shapes, like the long neck and nose, and the oval face with almond-shaped, unseeing eyes, which is reminiscent of a mask. The stylized representation avoids detail and any other objects that would reveal more about the woman. The painting seems to be unfinished.

The painting is a late nude that was completed in Southern France, a little less than two years before the premature death of the artist. This is evident in the light shades of turquoise in the background, which are typical of these years. In earlier works, Modigliani predominantly used dark shades of red for his background.

Félix Vallotton is one of my favorite artists. Here, a young woman sits on a chair in a middle-class interior. She is absorbed in reading a book. The scene may appear austere and aloof at first glance, but it is not. Even though the woman is composed and has not really made herself comfortable, the picture allows the observer a view into her private life, and that was very typical for Vallotton. The handkerchief in her hand shows that she is moved by what she is reading. Maybe the book is a romantic novel that provides a stark contrast to her own life. Even into the 20th century, reading novels was considered to be a bad moral influence on middle-class women.

Incidentally, the artist was not only well-read but was active as a writer himself. He wrote three novels, several theater pieces, and essays.

Misia Sert was a pianist of Polish (yeey, you know that DailyArtMagazine is from Poland?) descent who hosted an artistic salon in Paris. She was a patron and friend of numerous artists, for whom she regularly posed — including Henri de Toulouse Lautrec. At age 21, Sert married her 20 year-old cousin Thadée Natanson, a Polish émigré.

This article was created with the help of Kunstmuseum Bern — thank you!