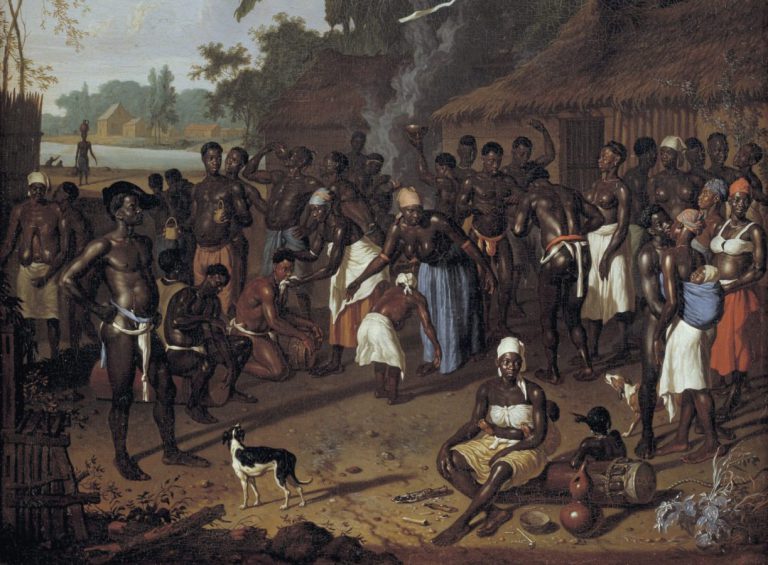 The Groundbreaking Slavery Exhibition at Rijksmuseum

The Slavery exhibition at Rijksmuseum is an innovative project. The subject of slavery itself is a rather controversial one, as it constitutes the black pages of a nation’s history. However, the Rijksmuseum, as the national museum of history and art of the Netherlands, decided to break the taboo of the topic. The museum is holding this exhibition as a means to embrace a complete view of the country’s history. It also aims to show how the slavery system of the colonial era of the Netherlands was interwoven with the slave trade, but also with the economy and social history up to today. Ten personal stories approach the issue from different points of view. The result is a complete and cohesive narrative of a rather dark subject. But the Rijksmuseum has succeeded in presenting it with respect and accuracy.

The Slavery exhibition is innovative because it is not just another historical exhibition on the subject. The focus is on people that were part of that history. Therefore it becomes more personal and sensitive, rather than just an impersonal data showcase. The exhibition demanded a new look at the museum’s collections. The curators studied them and discovered new details on artworks. So, not only do we see plantation owners, but also enslaved people producing coffee or sugar.

We can also observe an uncomfortable contrast between the idealized representation of the elite versus the harsh reality. Moreover, we see the stereotypical depictions of the enslaved people and the lack of real faces.

The Slavery exhibition consists of ten personal stories from people that were involved in the slavery system in one way or another. That is, people who were in power and people who suffered. There are stories of people who dared to rise against their slaveholders. The sources keep the narrative personal to tell personal stories, rather than stories about the people.

We learn about João Mina, a man who fled Portuguese territory in Brazil during the war in 1645 and got caught in Dutch territory. Another story talks about Tula, an enslaved man who tried to take advantage of the French control over the Netherlands and advocate for the legal freedom of the enslaved in the Dutch colonies. Dirk van Hongendorp was a man from a wealthy family. He criticized the system and fought really hard for its abolishment. However, he did not achieve his goal because he met resistance. So, disappointed, he moved to Brazil, where he became a plantation owner. Records show that he bought enslaved people from other plantations. When confronted, van Hongendorp claimed that “slaves” were necessary to maintain a household and that they were better than free men.

Images of resistance such as this print haunted the imaginations of many slaveholders in the 18th century.

The Overall Curation of the Slavery Exhibition

These are just three of the 10 interesting stories of the Slavery exhibition. They are all carefully curated to depict the true conditions and not to offend anyone. The overall language of the exhibition is also thought out. It speaks of enslaved people and not slaves, except for quoted texts or material that clearly state the slaveholders’ point of view. The enslaved people are seen fully as human beings, not just anonymous objects.

The Rijksmuseum speaks of this very sensitive issue in the best possible way. We learn what the slavery system truly was and its big part in the Dutch colonial era and history in general. This exhibition revealed the Rijksmuseum as a museum for everyone.

The Slavery exhibition was on view until the 29th August 2021 at the Rijksmuseum in Amsterdam. Luckily, for anyone who could not see the exhibit in person, it is also available online on the museum’s website.