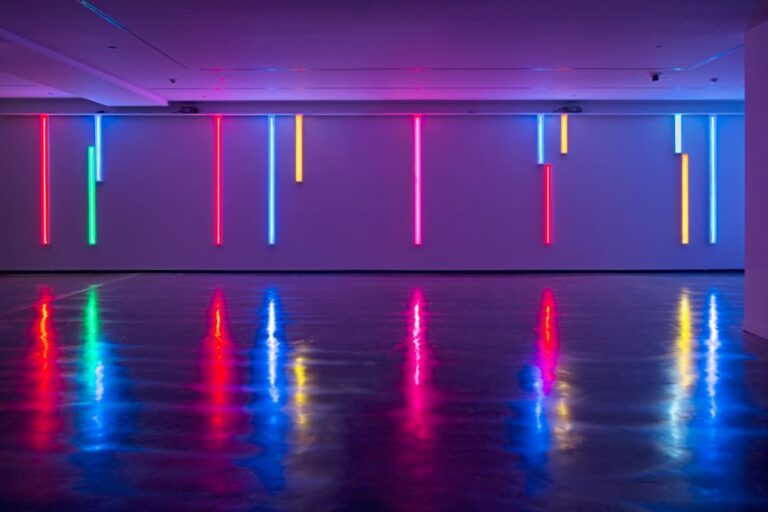 Minimalism: Space. Light. Object. is a new exhibition which showcases Minimalist art from its beginnings in the 1950s up to the 21st century.

For the first time ever a Minimalism exhibition is being held in Southeast Asia. Minimalism: Space. Light. Object opened in Singapore on November 16th, 2018 and runs until April 14th, 2019. Two of the biggest museums in Singapore, National Gallery Singapore and ArtScience Museum, have collaborated to curate and exhibit this Minimalist treat which features more than 150 artworks by over 100 artists.

Minimalism is a modern art movement which operated mainly between the 1960s and the 1970s and was centred in the US. Instead of focusing on the art piece, the movement sees the viewer and the surrounding environment as the main events. Minimalists believe that good art should be easy to understand (without prior information or explanation), constructed of basic shapes and colours, and produced using industrial materials. Works by a number of the movement’s famous members — Robert Morris, Frank Stella, Donald Judd and others — are on display in Minimalism.

The philosophy of Zen Buddhism, which originated in Asia, influenced some of the movement’s main concepts. Then, over the years the Minimalist ideology had crossed the borders of the US and became a global phenomenon, influencing not only today’s art, design, fashion and architecture, but also lifestyle. The exhibition hosts some of the biggest names in today’s contemporary art scene: Ai Weiwei, Olafur Eliasson, Anish Kapoor and Mona Hatum are all artists who are inspired by the aesthetics of Minimalism.

Artworks in Minimalism can be of small size, like Cuban artist Carmen Herrera’s (which recently celebrated her 103 birthday!) simple yet beautiful canvas paintings. On the contrary, others take up much bigger space, like the impressive installation Mega Death by contemporary Japanese artist Tatsuo Miyajima, which takes up an entire room with electric blue censors shaped as numbers. Visitors can walk around and become immersed in this neon spectacle.

Have you been to Minimalism: Space. Light. Object? Let us know what you thought of it! (and send some pics!).