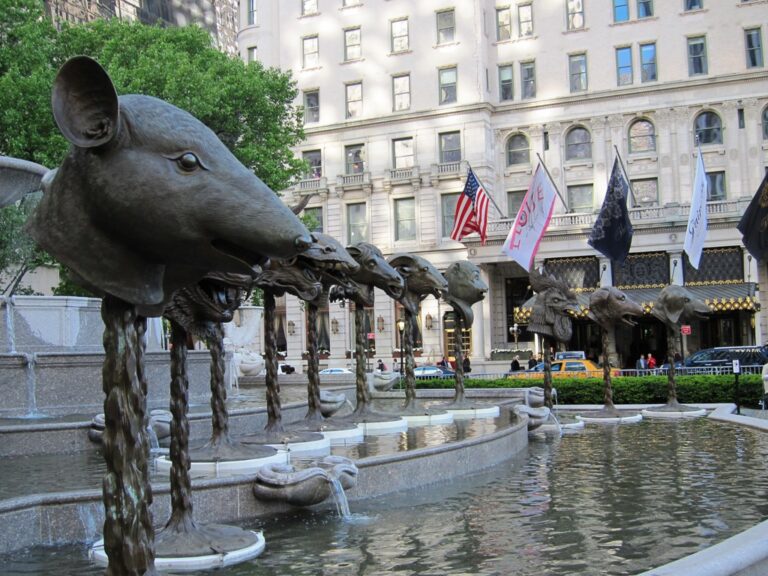 The heads were cast around 1750, they were designed by two European Jesuits serving in the court of the Qing dynasty Emperor Qianlong. The original heads were looted by Anglo-French troops who took part in the destruction of Yuan Ming Yuan in 1860 during the Second Opium War.

Whenever one of the original heads comes up at auction, the reclamation has become a Chinese nationalist priority. In 2009, the Chinese government tried to stop the auction of two of the heads, which had been part of the fashion designer Yves Saint Laurent’s personal collection. Eventually, at the sale, Cai Mingchao, the Chinese bidder who offered £14 million for each head, one of a rat and one of a rabbit, refused to pay for them and described his sabotage of the auction as a patriotic act.

The legend about the Chinese calendar has it that the animals of the zodiac were chosen by the Jade Emperor, the ruler of heaven, who according to Taoist mythology invited all creatures to join him for a New Year’s Day celebration. Only 12 showed up, and the years were named in the order they arrived. The bull would have arrived first, but the rat sat on his back, jumping off just before they arrived. The rabbit came in fourth, hopping on stones to cross a fast-flowing river.

But coming back to Ai Weiwei, he continues the exploration of the Chinese historical objects. With his subversive wit, the artist adapts objects from the Chinese material canon going back to antiquity, twisting traditional meanings toward new purposes. Ai Weiwei focuses attention on questions of looting and repatriation while extending his ongoing exploration of the “fake” and the copy in relation to the original. He states that each piece is

A copy of an original, but not an exact copy – something that has its own sensitive layer of languages, which are different, and that bears the mark of our time.

Seven out of the 12 animal heads in Weiwei’s piece are based on the original fountain works that have been discovered – rat, ox, tiger, rabbit, horse, monkey, and boar. The remaining five are the artist’s reimagining of the currently missing artifacts – dragon, snake, goat, rooster, and dog. The dual title of the work, Circle of Animals / Zodiac Heads, addresses the artist’s desire that the piece be relatable on many different levels and to people who may not know the original sculpture’s history.

The 12 bronze Zodiac Heads stand on bronze columns. Each animal head measures approximately 4 feet high and 3 feet wide. The animal heads on their columns reach between 9.8 and 12 feet high, with each one weighing approximately 800 lbs. Circle of Animals / Zodiac Heads is the centerpiece of a global, multi-year touring exhibition that was presented in the United States, Europe, and Asia. The artist also created a smaller copy of the heads in gold which also travels around the world. They have been shown at nearly 40 sites, and together they are Weiwei’s most viewed work of art.