Watch Frank Stella Commenting On His Art in 1972 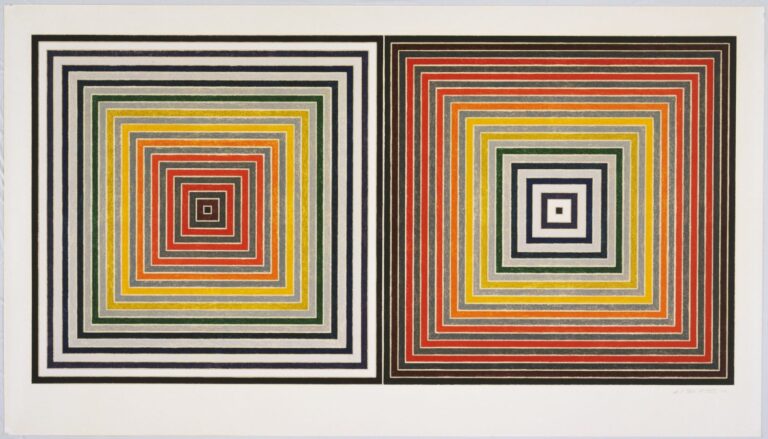 Frank Stella (born May 12, 1936) is an American painter and printmaker. He is a significant figure in minimalism and post-painterly abstraction. He is one the most well-regarded postwar American painters who still works today.

Frank Stella has reinvented himself in consecutive bodies of work over the course of his five-decade career. After moving to New York City, he reacted against the expressive use of paint by most painters of the abstract expressionist movement, instead of finding himself drawn towards the “flatter” surfaces of Barnett Newman’s work and the “target” paintings of Jasper Johns. He began to produce works which emphasized the picture-as-object, rather than the picture as a representation of something, be it something in the physical world, or something in the artist’s emotional world.

Stella’s art was recognized for its innovations before he was twenty-five. In 1959, several of his paintings were included in “Three Young Americans” at the Allen Memorial Art Museum at Oberlin College, as well as in “Sixteen Americans” at the Museum of Modern Art in New York (60).

The Museum of Modern Art in New York presented a retrospective of Stella’s work in 1970, making him the youngest artist to receive one. During the following decade, Stella introduced relief into his art, which he came to call “maximalist” painting for its sculptural qualities. Ironically, the paintings that had brought him fame before 1960 had eliminated all such depth. After introducing wood and other materials in the Polish Village series, created in high relief, he began to use aluminum as the primary support for his paintings. As the 1970s and 1980s progressed, these became more elaborate and exuberant. Indeed, his earlier Minimalism became baroque, marked by curving forms, Day-Glo colors, and scrawled brushstrokes. Similarly, his prints of these decades combined various printmaking and drawing techniques. In 1973, he had a print studio installed in his New York house.

Here you can watch a footage from 1972 where Stella comments on his art: worth seeing!