A Painterly Look Into Sculptors’ Studios 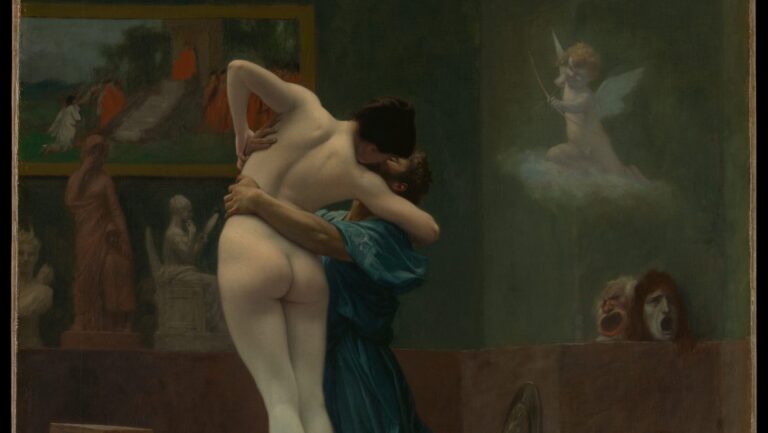 Painting and sculpture have always had a rather complicated relationship, with artists arguing for the superiority of one or the other. Yet, in the 19th century, it appears that many painters were fascinated by sculptors, their studios and the process of sculpture-making. Would you like to have a look at sculptors’ studios?

The tale about Pygmalion and Galatea can be considered a foundation of the high esteem for sculptors. It was recounted by Ovid in Metamorphoses and talks about Pygmalion, a genius sculptor who fell in love with his own creation and thus asked Venus to bring her to life.
Between 1890 and 1892, Gérôme both painted and sculpted variations on this theme and this one is closely related to a polychrome marble sculpture.

Thorvaldsen was a prodigy child who at the age 11 was admitted to the Royal Danish Academy of Art. He won many medals and prizes and achieved international fame, being considered a successor to Antonio Canova. Although he was born in Denmark, he spent most of his life in Italy where he established a huge workshop. That didn’t stop Denmark to consider him a national hero and he had his own museum built in Copenhagen.

Sculptor in the 19th century was considered as geniuses who were able to mould a thought, a concept into a real form. The fact that sculptors usually had many assistants who executed their works was brushed off because it was the thought that mattered. This is why so many painters depicted sculptors as these majestic men pondering over a new sculpture, as we can see here.

This French classical painter very often painted sculptors at work. Here we see how two of them make a plaster cast in preparation for the final sculpture. Dantan, who was widely recognized in his day, winks at the fans of sculpture in this painting: look at the left side of the work, can you recognize a small plaster cast that’s there? Yes, it’s Michelangelo’s “Dying Slave”!