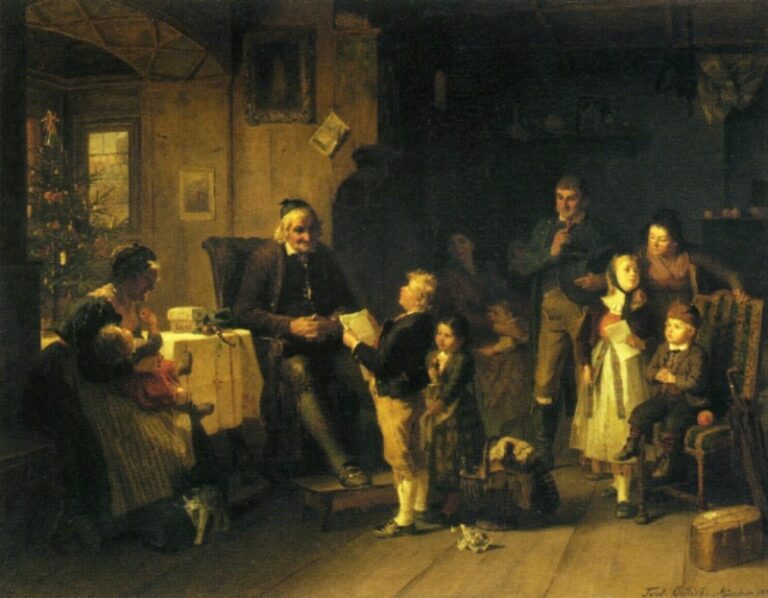 New Year’s is the last holiday of the old year, the first holiday of the new year and, as such, humans have been marking it for longer than we remember. Here’s “Cheers!” and counting down to midnight with fun, cool, and sometimes quirky New Year’s traditions around the world!

The ending of a year, and the beginning of a new one, is a time for anticipation, celebration, and reflection. Humans have been marking the turn of the year for at least 4 millennia. It was the Babylonians who hosted the first new year’s celebrations of which we have a record. They took place on the first full moon following the vernal equinox. The celebration had ties with a religious festival called Akitu, the festival of the sowing of barley, or the beginning of the year. The feast involved different rituals and festivities, and it lasted for 11 days!

New Year’s Traditions around the World

Nowadays, our New Year’s festivities do not get that complex. But, depending on our culture and location, our traditions for bidding farewell to the old year, and welcoming in the new one, can get pretty interesting. Read on for 10 New Year’s traditions that will be sure to put a smile on your face and make you stay up until midnight for sure.

The Japanese practice of ōsōji refers to cleaning one’s space and living areas in preparation for the new year. This custom stems from an older tradition called Susuharai, which means ‘cleaning the soot.’ In older times, it was important to periodically clean the soot that would accumulate in homes due to burning candles, fireplaces, and cooking on stoves. In modern times, it stands for cleaning one’s house, getting rid of old or broken things, and removing dirt so you don’t carry it into the new year.

2. Hanging an Onion at Your Door, Greece

Onions are a symbol of rebirth and, in Greece, a big part of the New Year’s festivities. Families would usually attend the New Year’s Day church service. On their return, they should find an onion, and at home,  a good place to hang it. Since onions represent longevity, fertility, and good health, the ritual ensures that the new year will be filled with blessings.

One fun tradition from South America is to take a stroll around your block while carrying a suitcase, at midnight. In Colombia, people believe that this will attract a year full of travel and adventures. Some people think that the suitcase does not need to be packed for it to work, others advise to be sure and pack for the kind of travel you want to do in the new year—if you want to go to the mountains, pack a suitcase full of sweaters.

In the Netherlands, New Year’s Eve is the only night in the year fireworks are allowed, between 6:00 p.m. on December 31, through 2:00 a.m. on January 1. This rule is strictly monitored, with fireworks only on sale during the last three days of the year. It might seem like only once a year is not fireworks enough, but the Dutch sure make up for it, and the rockets are loud and plentiful. Some people describe the evening as “… if someone tosses a lit match into the country’s entire supply of fireworks…”. Others describe it as sparkly chaos. This tradition seems to have originated in the old pagan customs of driving away demons with loud noises, so that the year could begin without their evil influence.

In Denmark, it is good luck to smash plates on New Year’s Eve. People save their chipped china throughout the year, and even buy plates and cups for the purpose of smashing them at their neighbors’ doors. Danes believe that this will attract good luck for the new year, and it is a good sign to greet the new year on January 1st with a pile of broken china at your door. This just means that many people love you and wish you well.

If you don’t want to break your beloved plates, jumping off a chair at the stroke of midnight is a great alternative. This is another tradition associated with leaving behind evil spirits and leaping into the new year with gusto.

It is not clear when this tradition originated, but it seems to be gaining popularity in recent years. To make sure New Year’s wishes come true, you have to drink them. In this way, Russians take wishes to a whole new level by writing them on a piece of paper, burning the paper, then putting the ashes into a glass of champagne and drinking that.

In Brazilian culture, wearing white to welcome the new year helps attract peace, luck, and prosperity—warding off evil spirits as well as . To celebrate, revelers gather on the beaches in their white clothing, jump seven waves for good fortune, and some throw flowers into the water as an offering to Lemanjá, goddess of the sea.

From the land of “Auld Lang Syne” we get another wonderful tradition. In Scotland, the first guest of the new year can bring good luck or be a harbinger of ill fate. The first footer should be a person who was not already in the house when midnight rang. So, one of the party guests usually leaves just before the bells ring, so they can be the first to enter in the new year.

A good first footer should bring a gift. Traditional gifts are coins, bread, salt, whisky, a lump of coal, and objects that represent what you would like to receive during the new year such as prosperity, food, warmth, wealth. Some people don’t put too much stock on who the first footer is. Others, however, claim that first footers that bring good luck are usually dark-haired men. Light-haired men, redheads, women, doctors, and ministers are not considered so lucky.

This tradition is very popular throughout Latin America. The idea is that, by wearing new, yellow underwear, the person will attract good luck, money, and happiness in the new year, since yellow signifies wealth. Some people even go so far as to wear them inside-out and flip them in the new year.

Several countries throughout Latin America follow this tradition, which originated in Spain. There it is called “The Twelve Lucky Grapes,” though in Venezuela it is known as “The Grapes of Time” or “The Grapes of Midnight.” To ensure good luck in the new year, people eat one grape and make a wish per month, so twelve grapes total. Some people wait until the first stroke of midnight and begin eating then. Others eat their grapes on the countdown to midnight, so when the new year arrives, everyone is ready with their wishes.

No matter how you bid farewell to the year and welcome in the new one—whether you enjoy old family traditions, or try new ones, we would love to wish you a new year filled with peace, prosperity, love, and all good things to you and yours.

Art creates emotions and, generally, you either like a certain piece of art or you don’t. But despite that, what is valid for everything else is...