The End of Lone Genius – Modern Couples: Art, Intimacy and the Avant-garde 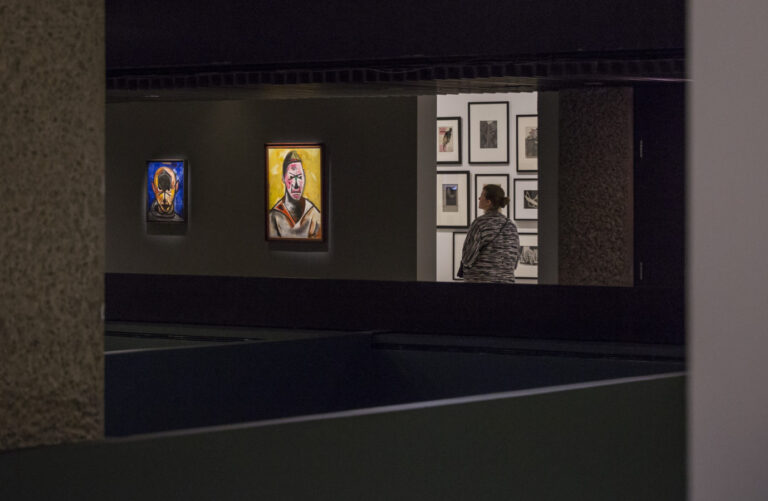 The Modern Couples exhibition at the Barbican focuses on creative relationships in modern art. How the relation affected the art of both involved individuals, and vice versa. It is an exploration of modern art, modern love and modern life. A homage to the couples that created the 20th-century art as we know it and as we now take it for granted.

I'll start by coming clean: I was dreading going to the Modern Couples exhibition (hence I am reviewing it in its last weeks, apologies). Being at multiple exhibitions at the Barbican before, I know the space well enough to expect a monster of a show, in terms of size, not content, of course.

On the other hand, what a fantastic idea for an exhibition! To finally explore the wider context of art creation, to do away with the myth of solitary genius (usually male). Instead, why not show that artists lived in relationships with other people, not in a bubble, and those relationships impacted them personally and influenced their art. I love everything about the premise of this show, the wider context, the equality, the fact that it aims to create a new ground for discussion about artists that we thought we know everything about. [caption id="attachment_18414" align="aligncenter" width="1000"] 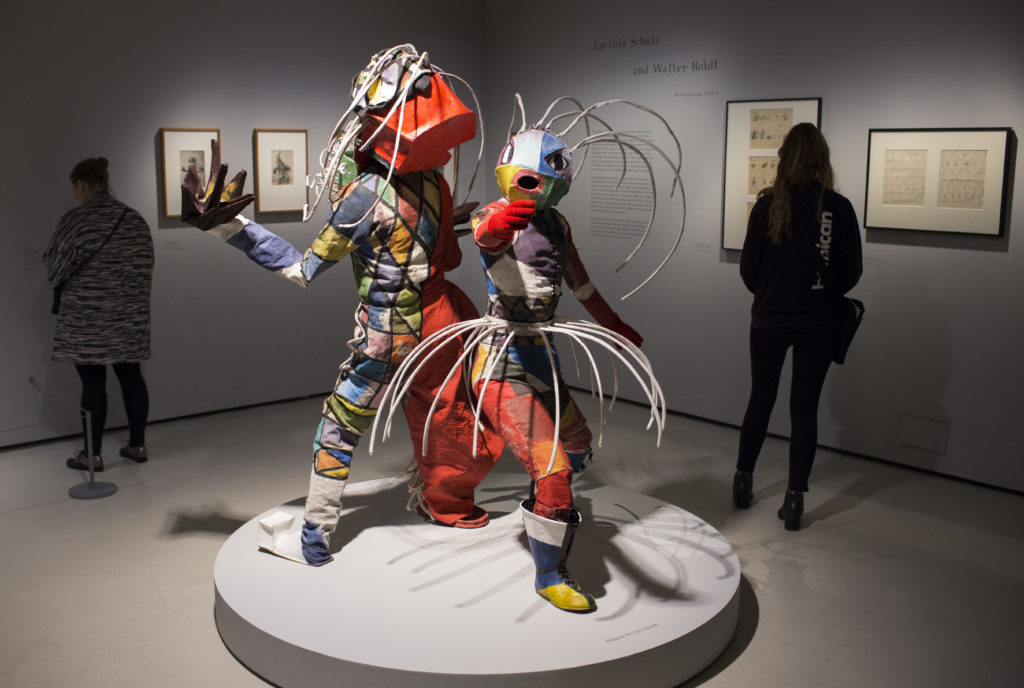 Now, let's move on to the execution. As we enter we get a booklet with a glossary that accompanies the text about every couple that can be found on the walls of each room. It also contains a map showing us which couples can be found in which room, this is exactly the point where my heart sank... Barbican decided to use all of its exhibition space. Giving us over 40 couples across the 23 rooms, adding to that the stairwell and corridors. It is a monster of an exhibition. It also includes two 'sub-exhibitions': Chloe liked Olivia focusing on relationships between women, and Mad Love exploring the surrealist idea of love. [caption id="attachment_18412" align="aligncenter" width="664"] 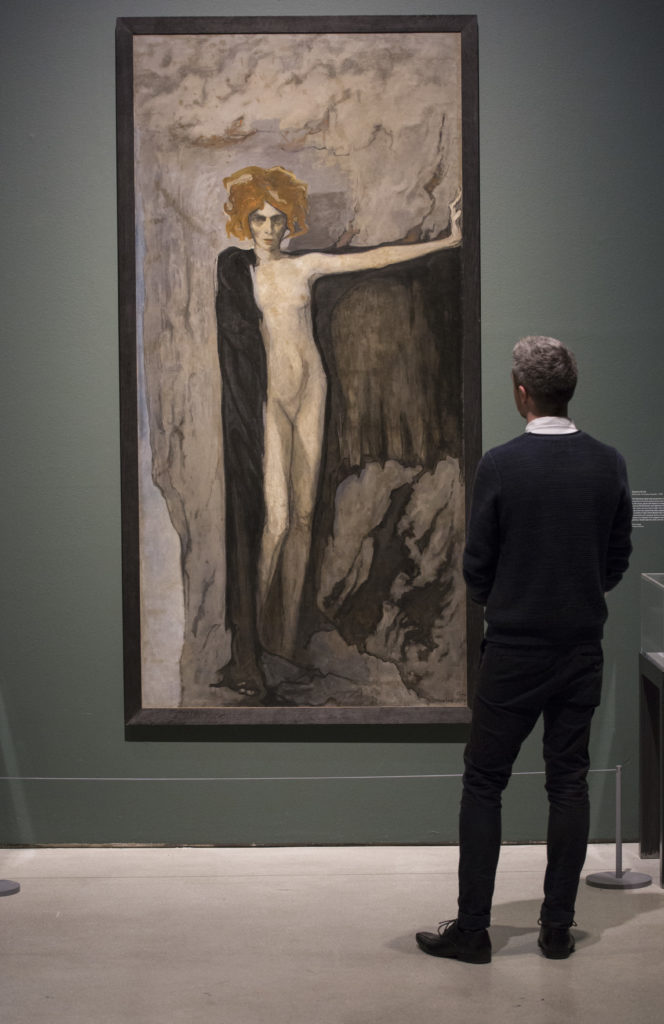 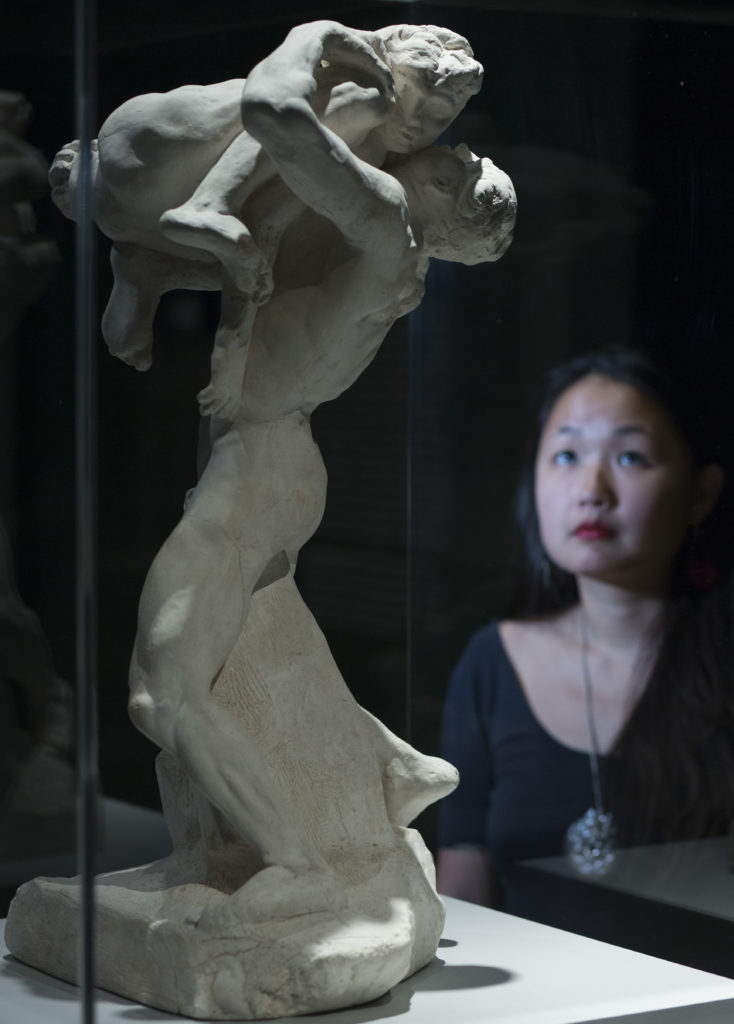 installation view featuring Auguste Rodin, Je suis belle, 1882 © John Phillips / Getty Images[/caption] The second room is dedicated to the marriages and affairs of the powerful Alma Mahler, it changes the perspective completely. This also is an aspect of this show we have to be ready for, there is no one way to talk about love, there are as many ways as there are couples. The following rooms are each dedicated to two couples, which does not give much space for the deep exploration of the relationships, it gives us a snippet, a quick look. The show relies heavily on the text accompanying the works, without it a lot of the concepts would be lost.

Not only we get to see the works of over 40 couples, but the main goal is to also touch on many of the idea crucial for modern art. Hence the glossary. It helps to discover the second layer of the exhibition, ideas such as activism, agency, clandestine, co-authored, desire, feminism, intimacy, liberation, love, publishing, reinvention, revolution and utopia to name just a few. The spirit of Virginia Woolf is also very present across the show. She is mentioned and quoted in some of the texts about couples, and her presence culminates in a room dedicated to her and Leonard Woolf. [caption id="attachment_18415" align="aligncenter" width="1000"] 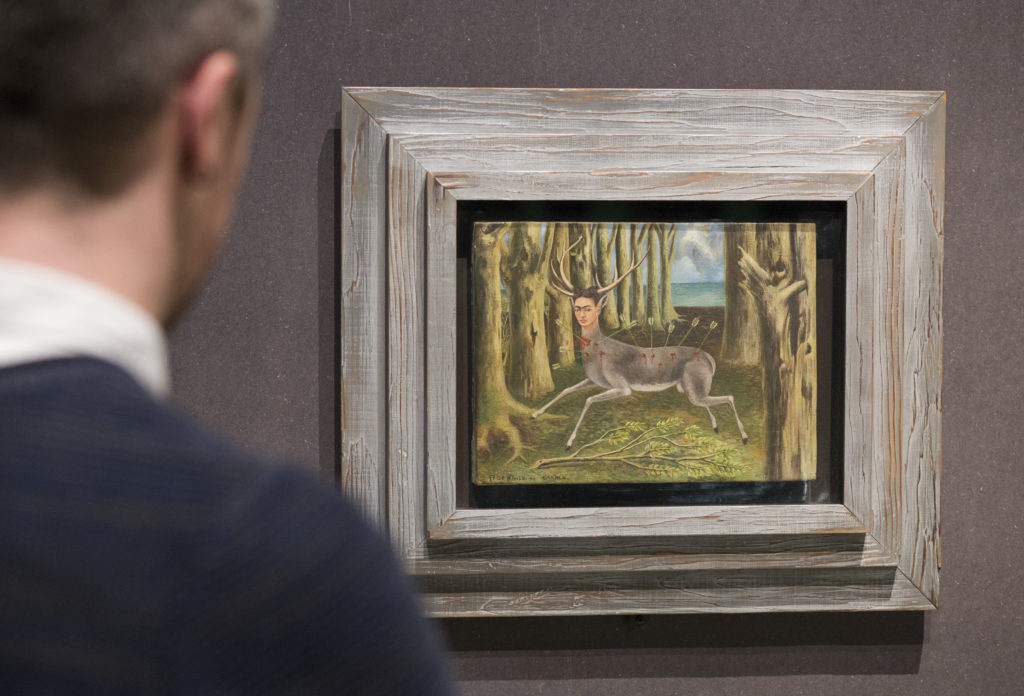 Installation view featuring Frida Kahlo, Le Venadita (little deer), 1946 © John Philips / Getty Images[/caption] With such a vast amount of couples, artworks and concepts the viewer has to feel overwhelmed. And insatiate, because none of the couples or ideas has enough space to be explored fully. We are getting only a sneak-peek into each aspect. These series of vignettes come together only to show an endless variety of art and relationships, leaving us to make sense of it. It is an ambitious attempt, whether it succeeded or not judge for yourself, I think you know where I stand. It is an attempt that was necessary, sooner rather than later and for that, hats off to the Barbican. All those couples and all those ideas deserve to be explored deeper, to the understood and brought to the wider audience. I hope the show at the Barbican is only the first step of the journey. [caption id="attachment_18413" align="aligncenter" width="1000"] 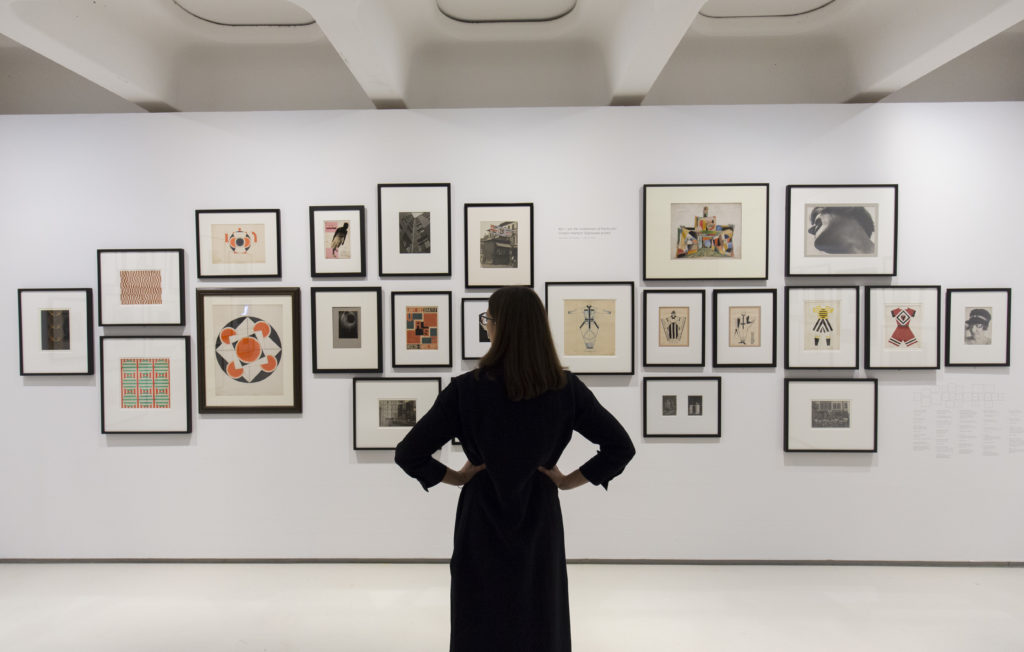 You can visit the show until 27th January, so grab your overdose of caffeine and go. It is important. I will finish, if you allow, with a plebeian request to the Barbican: please make a small coffee station in the middle of the exhibition space. People need support to go through exhibitions this big and fully appreciate them, to take them in as they deserve.

Additional reading: A Room of One's Own - Virginia Woolf Camille Claudel – Love, Despair and Auguste Rodin Watch Georgia O’Keeffe Talking About Her Life Lee Miller And Surrealism In Britain Leonora Carrington And Her Surrealist Life In Her Own Words