Do You Watch ‘Love Island’? See This Art Special 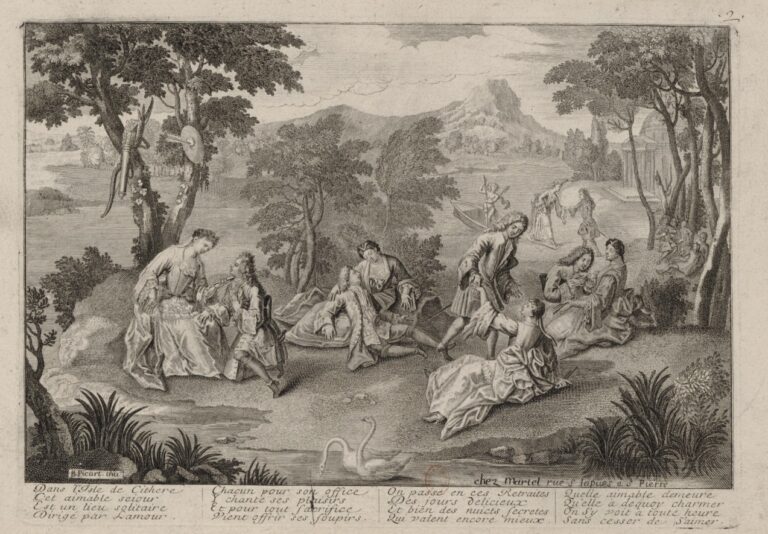 At the moment, the annual summer show ‘Love Island’ on ITV is a top topic in the UK where I live. If you don’t know what I’m talking about, imagine a group of bikini-clad young girls and lads with sculpted torsos talking about love, relationships, having sex with one another and yada yada yada… Every year columnists and critics try to find literary comparisons and sophisticated connections to the show, for example making out of it a modern version of Boccaccio’s ‘Decameron’. Nobody, however, has yet made an art historical one…

It’s called Cythera (its modern name is Kíthira), the southernmost and easternmost of the Ionian Islands. In both French and Italian cultures, it was associated with a mythical island of love since the ancient inhabitants of the island dedicated themselves to worshiping Aphrodite who had been born there. According to the legend, it was very difficult to reach it and the pilgrims searching for love who would embark on a quest, never arrived there (is that a metaphor for the impossibility of finding real love? I HOPE NOT).

But It’s Quite Ephemeral

Its most famous depiction is by Antoine Watteau (have a look at this article to investigate some sexual misconduct in the Rococo high society depicted by him) who painted three different versions of the same painting. The first one here is the second, embellished version of the Louvre one (below). I picked it as first because here it is obvious that the pilgrims are just embarking to cruise towards the island. With the Louvre version, it’s not so certain anymore…

Some critics argue that this version shows the pilgrims departing FROM the island back to their ordinary lives. Although the composition is almost the same, the natural landscape is slightly different, more hazy, more dreamy, more detached, which may suggest that this ever-green land is in fact Cythera.

Find Your Own Love Island

Another take at Cythera was presented by the British painter George Warner Allan. It is an obvious homage to Watteau as the composition mimics the one from the Louvre. The landscape, however, is rather different as it depicts the countryside near Allen’s home in Wallingford, Oxfordshire, where he painted this picture (in the far distance you can see the cooling towers of Didcot power station which Allen despised because he associated them with the commercial nature of modernity).

Always Drawing On the Old Masters

Both Watteau and Allen referenced in their paintings this exact work by Titian. Do you see why? We have again a crowded composition, figures in varying dynamic poses, a similar green setting, and of course a blue-pink-yellow colour scheme. And, last but not least, the theme of love (Bacchus has instantly fallen in love with Ariadne who had been abandoned by her previous lover, Theseus).