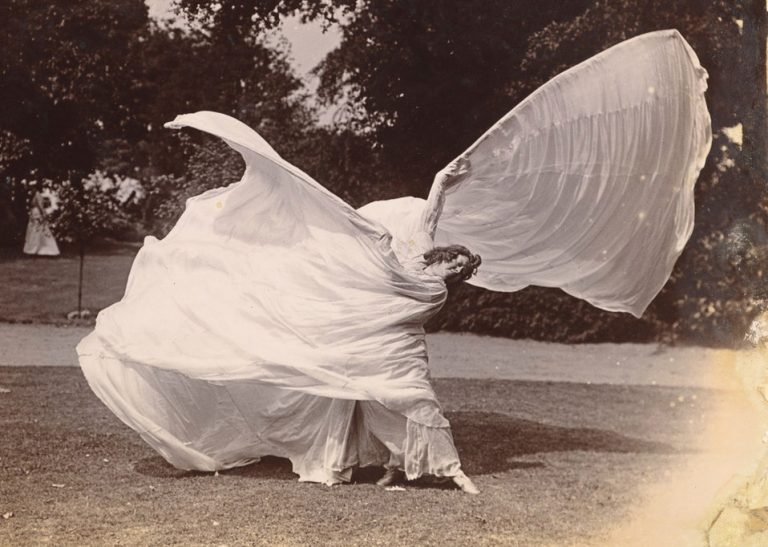 Khon – The Art of Thai Dance

Today we meet the performer Loïe Fuller, one of Art Nouveau’s most celebrated performers. She was a dancer and actress best known for her incredible dance performances called “Serpentine Dance,” which incorporated her impressive dresses. Read her story!

In the heyday of Art Nouveau, female celebrities like the actress Sarah Bernhardt, the nightclub performer Jane Avril and the American dancer Loïe Fuller were important muses for many artists. Fuller was admired by Auguste Rodin, Jules Chéret and Henri Toulouse-Lautrec, among others.

Regarded by many as the personification of Art Nouveau, Loïe Fuller was born in a suburb of Chicago, Illinois in 1862. She was a professional child performer who worked the vaudeville and burlesque circuit before making her Paris stage debut in 1892 on the stage of Folies Bergère. Fuller was warmly received by Parisian audiences and she decided to remain in Europe.

An early free dance practitioner, Loïe Fuller developed a series of routines in which she whirled around the stage to the music of Debussy, Chopin and Schubert. Her shows were illuminated by vivid and innovative lighting effects, many of which she created herself. Fuller held a number of US patents for chemical compounds related to stage lighting, and for color gels and chemical salts used to make luminescent garments.

Here is a short film of Fuller’s famous Danse Serpentine, 1891, made by the Lumière Brothers in 1896. It is the performance that made her so famous! Isn’t it absolutely incredible? See for yourself!