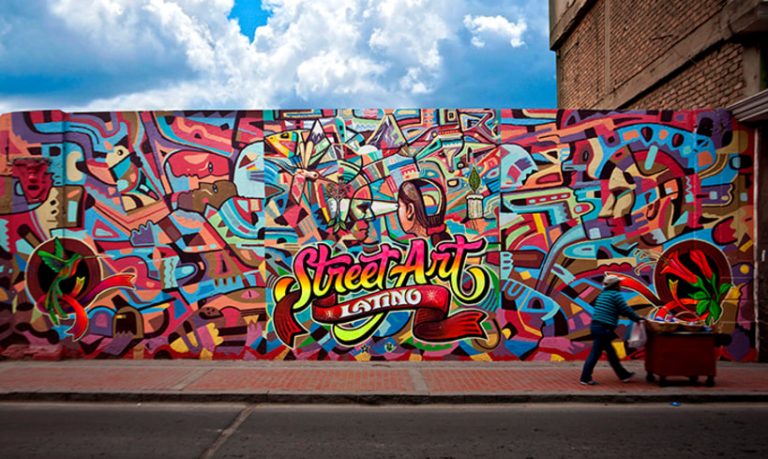 Latin American lettering is a legacy of craft-based traditions with a strong design and vibrant colors enhanced by an aesthetic with a rich Indigenous identity and history.

Craft in the USA and Europe are different than in Latin America. In northern countries, usually, craft techniques are learned in academic courses and are practiced by professionals who see in this activity a form of self-expression. In Latin America, it is a socio-cultural activity disseminated mainly throughout the countryside or peripheral areas of the cities and performed by artisans who haven’t professionalized their practice.

It’s all about the experiences accumulated over years of practice and learning the tricks of the trade, as well as design fundamentals learned over time that transform an artist from someone who just wants to paint signs into a representative of the local culture.

“Cartelismo” is the craft of sign painting, a combination of hand-lettering, calligraphy and illustration, as well as borders and other decorative elements, created with brushes, pens, and vibrant colors inspired by the earth and natural pigments. Because the skill of these craftsmen is not learned academically, but self-taught through practice and gaining experience in workshops, each of these artists develops their own style using certain colors, letters, and design elements. Signs with this style of lettering identify the spirit of the neighborhood, brand identity or even the routes of buses.

These eye-popping designs are all about process and communication. There is an equilibrium between the messages, colors, and forms, because hand lettering is an art form which can powerfully evoke emotions and bring strong meaning to words.

Almost all the typography used in sign painting has its origin in classical sources. Through the drawing and coloring with a brush, the original typographic letters are modified so strongly that they create a new type of letter, like a signature of the artist. The characteristics of this popular graphic expression are spontaneity, vitality, improvisation and the “imperfection” that accompanies them (according to the usual academic aesthetic rules).

The Future of the Lettering Tradition

Like many skilled trades, this craft has been displaced progressively by the quicker and cheaper digital printing or LED signs. However, this art form is fighting back in order to survive and some artists have taken an interest in preserving this legacy.

Zenen Vargas is one of the most renowned Chilean letreristas (sign painters). He once used to paint the signs for buses when drivers had a lot of pride for their vehicles and liked to give their route its own look. With the new public transportation system and LED signs era, he was forced to reinvent himself and take his art to different scenes.

The Peruvian artist Elliot Tupac is another great example. He’s a hand letterer and muralist who creates large-scale lettering projects with an ethnic vibe and strong conscience-oriented messages with a much more urban style.

These artisans are real living legends, icons who represent the local culture and ethnic spirit through their brushes, but most importantly keep alive the craft of Latin American lettering.