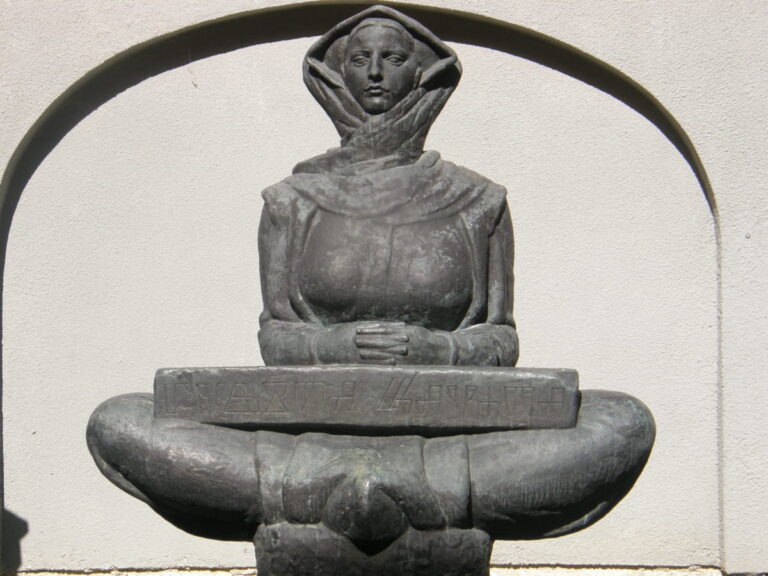 My favorite thing about Instagram is coming across new art and artists - scrolling and finding things that excite you and catch your eye. A page I follow posted a photo of Ivan Mestrovic's Vestalka (Vestil Virgin) and I immediately had to ask who the artist was. I had never heard of him and was intrigued when the poster called him "Croatia's Rodin". I began researching him and came across unique sites sharing his work.

The Vestalka (1917, bronze) is a beautiful exemplification of Mestrovic’s work. This very earthy, tranquil, solid form, steeped in mythology with elements of his Art Deco and Art Nouveau influences, but overall simplified. This version lives at the Mestrovic Galerija in Split, Croatia. [caption id="attachment_20600" align="aligncenter" width="558"] 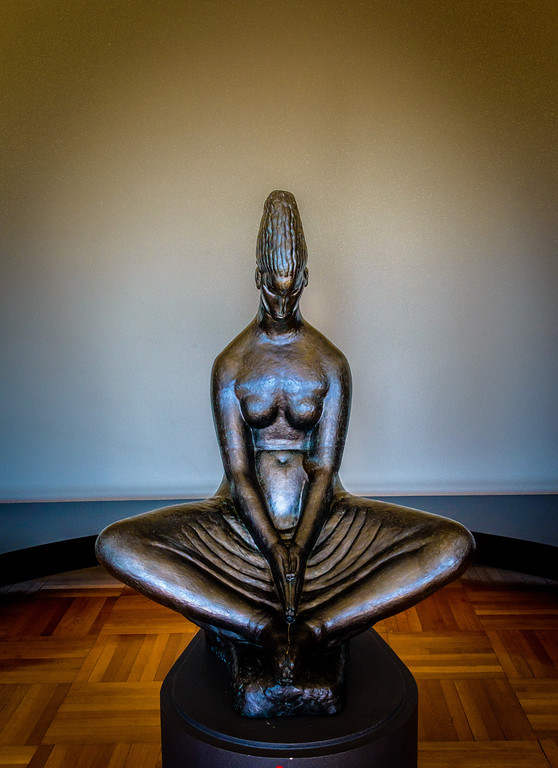 Ivan Mestrovic, Vestal Virgin - Circa 1917, bronze. Source: Martin LaVenture[/caption] Mestrovic is Croatia’s most famous sculptor. Blogs and sites express their love and admiration for him and his work. His deep patriotism, love of his country’s history, myth, stories and religion forever formed the basis of his passion and work. To this day, Croatia’s capital, Zagreb is defined by his work – sculptures sprinkled throughout the city, decorating parks and squares and unexpected corners. Ivan Mestrovic was born in 1883 in the Dalmatia area. Living through a number of tumultuous periods, his sculptures emerged during the Russian Revolution, Balkan War, and both World Wars. The tragedies he experienced added to the depth of his work. He was imprisoned during World War II for his active political stances, going so far as to refuse a meeting with Hitler. In his own words, he lamented, "The need to overcome one particular evil, our evil, widened into need to overcome evil in general wherever it was and whosoever it was". Eventually, he was forced to leave in 1946 and ended up in America teaching at Syracuse and Notre Dame Universities. [caption id="attachment_20602" align="aligncenter" width="768"] 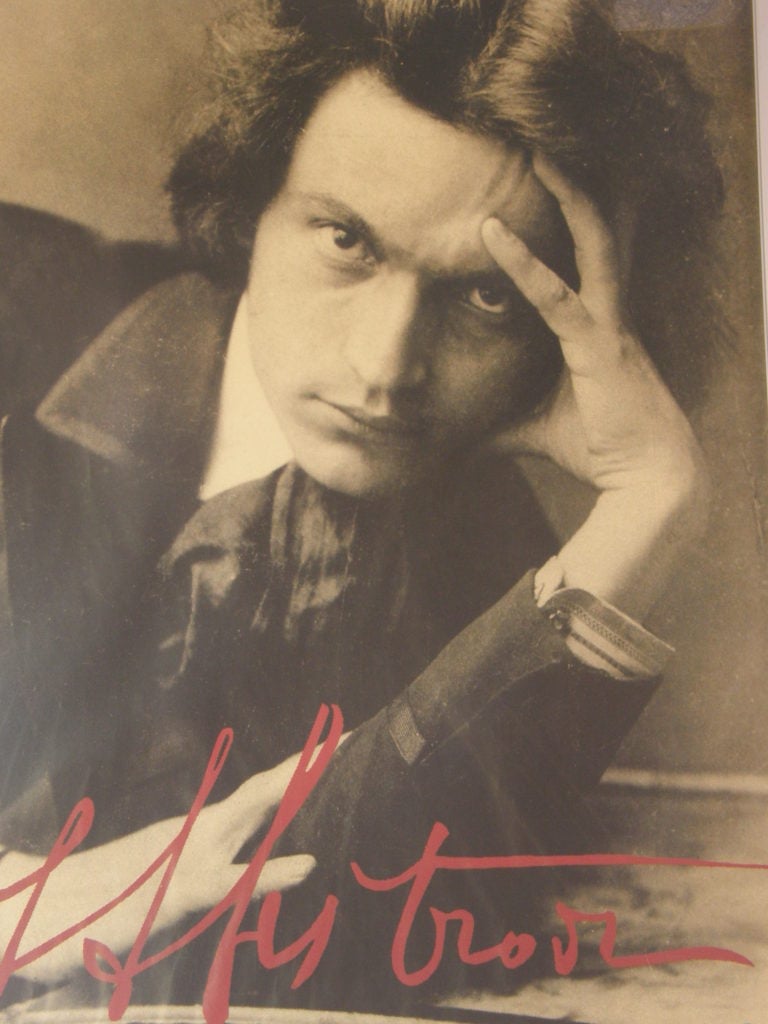 Ivan Mestrovic. Source: My Hidden Croatia.[/caption] Exhibiting talent from such a young age, he began copying ancient sculpture as a youth. He was exposed to the ancient Greek and Roman art that was abundant in the city. At 17 he went to study sculpture at the Vienna Academy. These Classical and expressive styles continued to influence his work, along with religious and patriotic themes. He revived and celebrated Slavic culture – the history, literature, architecture- in ways no other artist was doing. He exhibited all over Europe, including having the first solo exhibition at the Victoria and Albert Museum in London in 1915. At the time was hailed as the “greatest sculptor since the Renaissance”. Contemplation is another wonderful example of Mestrovic's handling of female subjects. This meditative pose with soft forms is characteristic of how he depicts female sensuality. His second wife, Olga Meštrović, was the model for this work carved in Carrara marble. Mestrovic said, "Art is a song and a prayer at the same time", and this particular image evokes that sentiment perfectly. [caption id="attachment_20645" align="aligncenter" width="701"] 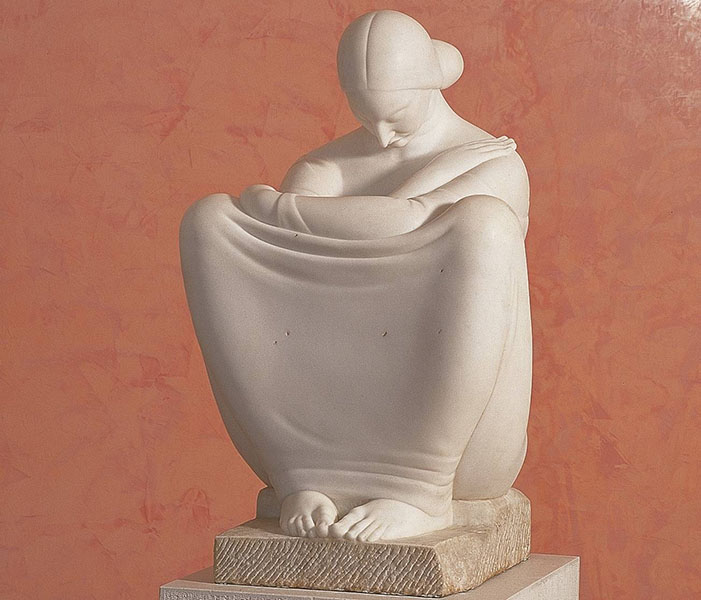 Ivan Mestrovic, Contemplation, Carrara marble, 1924, Source: ArtSchaft[/caption] The Old Woman (1908) shows a great contrast of his skills and interpretations. Compared to the stylized Vestalka, this is naturalistic and raw. Even in this early work, his immense emotionality and variety of styles are evident. [caption id="attachment_20644" align="aligncenter" width="664"] 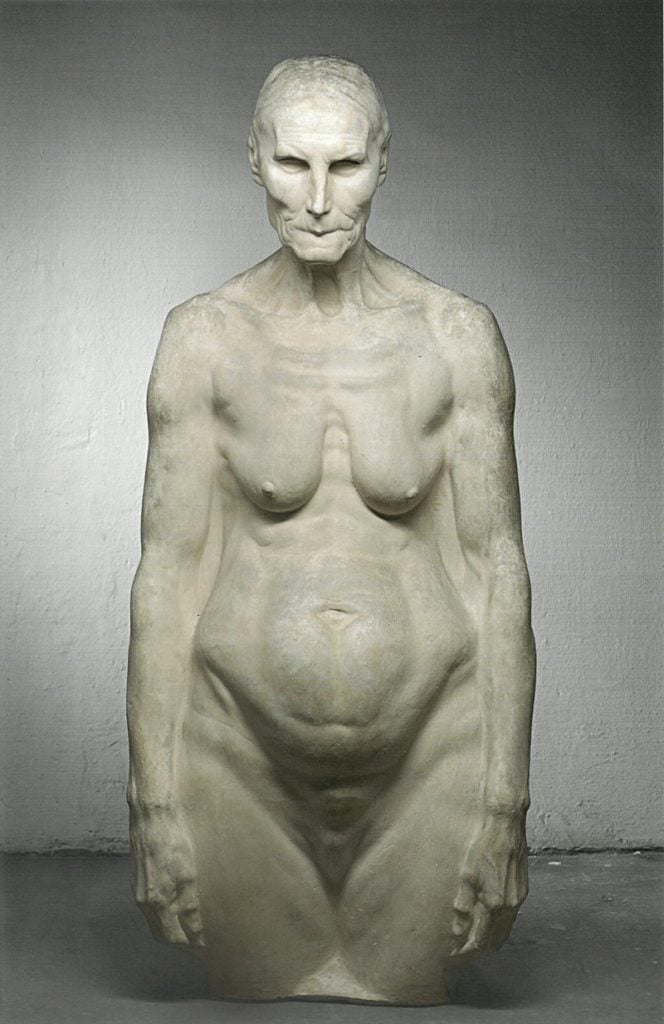 Ivan Mestrovic, Old Woman, marble, 1908. Source: ArtStack[/caption] Living all over Europe and then in America, Mestrovic met many contemporaries such as Rodin, Klimt, Otto Wagner and also became friends with Nikola Tesla. Four years before his death, Tesla asked Mestrovic to create a statue of him. Created in 1952, it can now be seen near Flower Square in Zagreb. [caption id="attachment_20643" align="aligncenter" width="1000"] 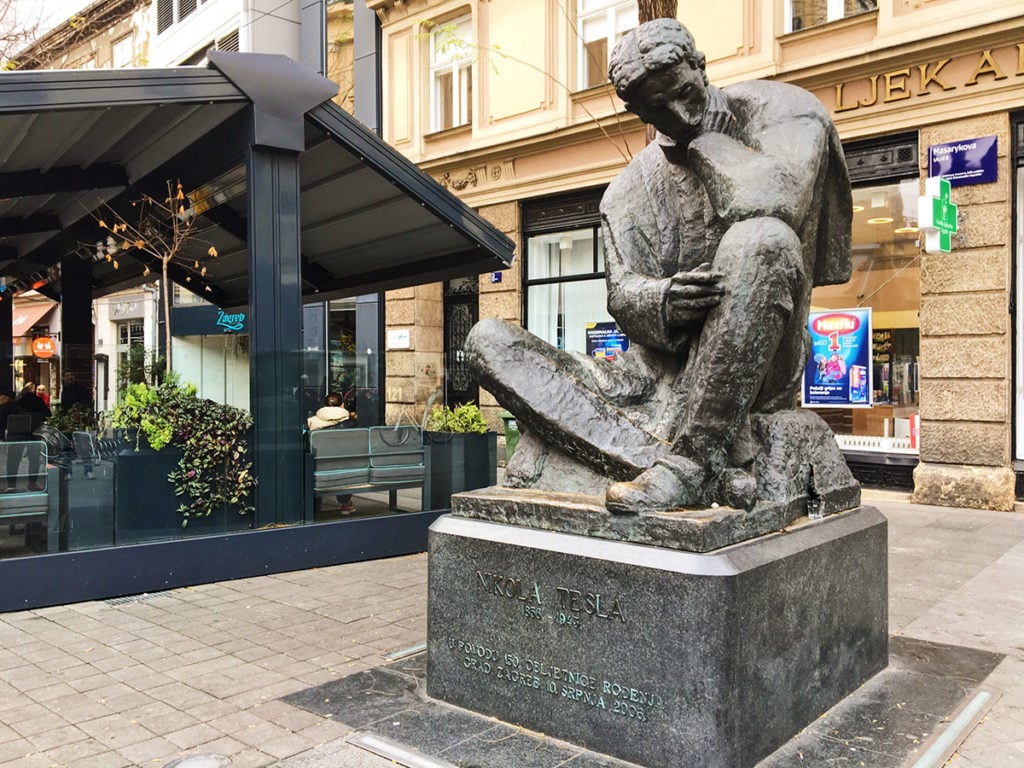 Ivan Mestrovic, Statue of Nikola Tesla. Bronze. 1952. Zagreb, Croatia. Source: lovezagreb.hr[/caption] Mestrovic's treatment of the male figure is just as evocative as the female. This plaster casting of Serbian Knight, Miloš Obilić from 1908, shows the expressive musculature and dramatic contours and pose. This statue was created during Mestrovic's residence in Paris and was meant to be one of the hundreds of figures representing national heroes throughout the Kosovo Temple in Belgrade, which was never finished. He poured himself into the execution of these sculptures, another example of his devotion to his country's past and history. [caption id="attachment_20666" align="aligncenter" width="613"] 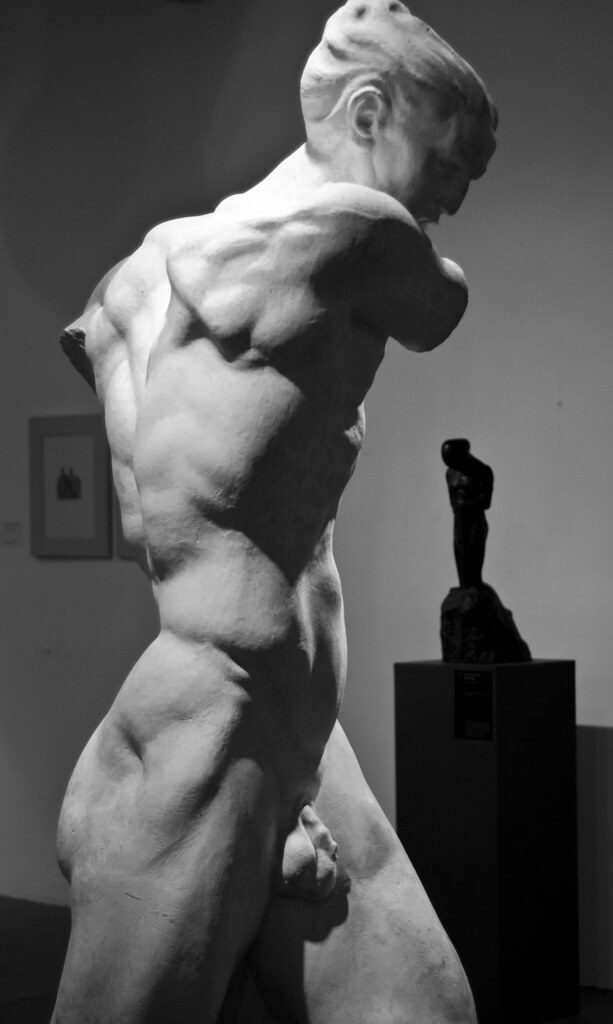 Miloš Obilić, Plaster, 1908, Atelier Meštrović, Zagreb, Croatia. Source: Flickriver.[/caption] During World War II, Mestrovic lost many family members. After moving to America, he lost two of his children as well. This sense of loss and grief entered and shaped his work more throughout his life. American became his new home, but he never stopped his passion and longing for Croatia. He passed away in 1962 in South Bend, Indiana, but his remains were returned to his childhood hometown in Croatia.