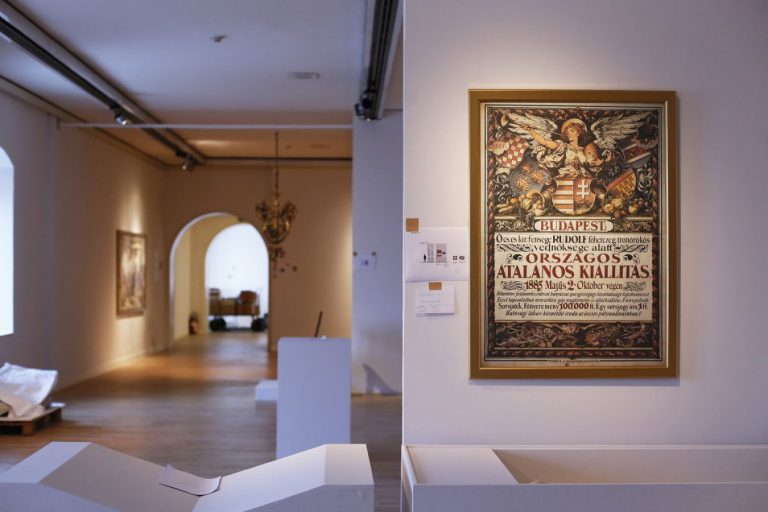 Earthquakes and Art. The Story of the Zagreb Art Pavilion

On 24th September 2020 the Klovićevi Dvori Gallery in Zagreb, Croatia, opened an exhibition named Ars et Virtus. Croatia-Hungary, 800 Years of Common Heritage. The exhibition is a general display of the common heritage of Croatia and Hungary. In fact, it shows all the important cultural and historical events through art pieces, photos, and documents.

Croatian-Hungarian common history begins with the coronation of Coloman in 1102. Thus was the Hungarian-Croatian personal union established. Later, this historical event became a popular source of inspiration for painters.

Besides famous historical events, famous noblemen and scenes from their lives were also a popular source of inspiration. Consequently, there are some very notable masterpieces to see from painters like Oton Iveković and Vlaho Bukovac.

Additionally, religious paintings have an important place at the exhibition. They describe the middle ages and renaissance of Croatian-Hungarian common heritage.

Items from church treasuries chronicle the main part of the Croatian-Hungarian middle ages and Renaissance. Apart from religious paintings, the exhibition holds a lot of reliquaries. A reliquary is a container for relics. In fact, reliquaries were very popular votive gifts to the church at that time.

Probably the most outstanding reliquary in the exhibition is the reliquary bust of King Saint Stephen. It was made in Rome, commissioned by Cardinal Francesco Barberini. It contains a piece of the frontal bone of St. Stephen.

St. Stephen and St. Ladislas were important rulers. They contributed to the spread of Christianity in medieval Europe. Therefore, they are the motives of a lot of religious Croatian-Hungarian art.

The Croatian-Hungarian exhibition contains many church props, like bishops’ staffs, liturgical books, and vessels. Finally, one of the more remarkable pieces is the Antependium from the Benedictine church in Zadar. It was made around 1380. It was originally located on the altar of the Virgin Mary in the southern side-aisle of St. Chrysogonus church in Zadar.

Furthermore, another art piece that takes up a lot of space is the Chest of Saint Simeon. It contains the relics of Saint Simeon the God Receiver. It was commissioned by Queen Elizabeth of Bosnia, wife of Hungarian-Croatian King Louis of Hungary. The reliefs on the chest show the Saint’s miracles as well as the events related to his relics.

The exhibition gathers a lot of art made in stone and as reliefs.

The lengthy common history created a long list of noble families that ruled these areas. Hence, they left behind many wealthy decorated estates and enriched the national culture.

The exhibition represents them with a brief description of their origin, portraits, and photos of estates. Also, all the special stories and fun facts are mentioned there.

The Zrínyis were probably the most famous noble family that existed in these areas during Hungarian-Croatian common history. They participated in military operations, literary creations, and in the political life of their land.

Consequently, the family produced four Bans of Croatia. One of them was Nicholas IV Zrínyi. He was a Croatian-Hungarian nobleman and general. He heroically died in the Battle of Sziget (1566) stopping the Ottoman Empire’s Sultan Suleiman the Magnificent’s advance towards Vienna. Therefore, he became revered throughout Europe.

For more art of Croatian-Hungary common heritage, you can visit the exhibition in Zagreb (open until November 22th) or the one in Budapest (December 16th 2020 – March 15th 2021), in the Hungarian National Museum. If none of these are an option, there is a great virtual exhibition.