Is the Metaverse Already Here? 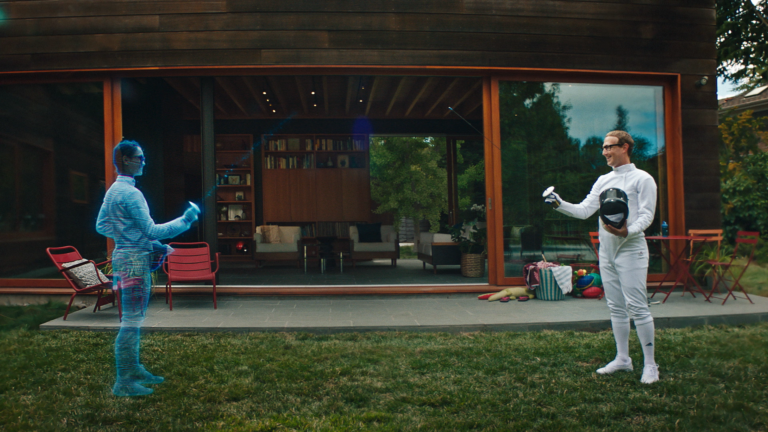 Metaverse, immersive digital world that could be the next big thing on the internet. Will it be? Will artists leave their studios and develop their works in the virtual world?

Mona Lisa in the Crowd

Last time I visited Paris was a couple of years ago together with my father. Although both of us had been to Paris multiple times before, it was the first time for us to visit the Louvre. I made a list of paintings that I wanted to see in the museum and its never ending corridors and rooms full of the most prominent paintings of all time. One of them was the Mona Lisa by Leonardo da Vinci. A painting that all of us know. And all want to see live whether her eyes really seem to follow the viewer as they move in front of the picture…

So off we went, expecting to have a truly profound experience. We wanted to be deeply moved by this painting. Unfortunately, as one can imagine, we were unable to even get close enough to the painting to feel the beauty of it or to feel anything at all, gathering in front of it together with a crowd holding their cameras and trying to catch the best shot of the picture. We left truly disappointed.

I am quite sure this is the experience of many. And it was my first thought when I watched the ad for Meta (Facebook’s new name after the rebranding as a Metaverse company), which takes place in the museum. But in this one, the painting is moving and pulling us inside – quite literally.

What is the Metaverse?

The Metaverse describes a vision of a connected 3D virtual world, where real and digital worlds are integrated using technologies such as virtual reality (VR) and augmented reality (AR). We will be able to access this immersive environment through the likes of VR headsets, AR glasses and smartphone apps.

The video mentioned, starts with 4 people hanging around the museum and stopping in front of Henri Rousseau’s Fight Between a Tiger and a Buffalo, which hangs in the Cleveland Museum of Art. As they gaze at the painting, the tiger’s eyes flicker and the whole artwork suddenly comes to life and opens up into a three-dimensional animated jungle. The tiger and the buffalo, the toucans, flamingos and monkeys all start dancing to an electrifying sound.

Art in the Metaverse

In his Keynote Speech at Facebook’s annual AR/VR conference, Mark Zuckerberg also mentions art. Facebook holds the event “Facebook Connect,” where they share updates on their augmented and virtual reality efforts. In the opening part, some of Zuckerberg’s co-workers connect with him from SoHo in New York and show the pieces of augmented reality street art hidden on a wall in one of the streets. It’s later brought to life in 3D animation and sent over from Lower Manhattan in NYC to virtual reality where Zuckerberg together with his team can experience it seeing it grow and surround their avatars.

Coming back to my Paris memory though. Would I feel the beauty of the painting more if I could pop into Mona Lisa’s world? Is it an interesting vision for us to experience art as a bunch of animated elements and bright colors? Is it the most that we can expect from the Metaverse in terms of art?

As we can see with the Immersive Van Gogh Experience Exhibitions in which his paintings are mapped on the walls and floors with great details, the audiences immerse themselves in the starry nights, waving wheat fields and scudding clouds that Van Gogh captured on his canvases.

Both the Metaverse and various immersive exhibitions assume that the viewers can enjoy being close to the artworks only if they can be “part of it” and only when the copy surpasses the original. Is it so that we value fiction more than reality? Will the company that offers a simulation of something in the place of a real thing also be successful in terms of showing and experiencing art?

In the past year, the world of art has been shaken by various concepts connected to technology — starting with blockchains and NFTs and ending now with the Metaverse. It is somehow true that contemporary art is still dominated by old concepts and old materials. Artists recreate traditional forms but touch upon burning topics that are important to our society. On the other side, we have engineers and a tech world. They take old paintings and bring them into new digital worlds. New ideas don’t come now from the traditional art world but have their roots in the connection of art and technology.

However, what happens is that digital engineers take old paintings and animate them instead of creating totally new ideas, visual concepts, and stylistics that match the 21st century — the century of technology, robotics, artificial intelligence, and augmented reality.

This is where I see innovation and the role of the Metaverse. Instead of a world that is limited and is just a copy of our reality, I would like to see a vision of something amazing that does not exist, where art can truly enter the next level and be an evolution as huge as surrealism or cubism were — or the innovation as big as the launch and use of photography. Do we really want a digital space with digital goods and no more than playing ping pong with avatars?

We also need to remember that this world does not exist yet. But in the gaming industry, there are already a lot of initiatives and companies that are involved in building the Metaverse. In his video, Mark Zuckerberg encourages artists to join this movement, as he claims that it is important for us to create this world together. Will the artists see it as an opportunity and treat it as a new way of connecting with the audience?