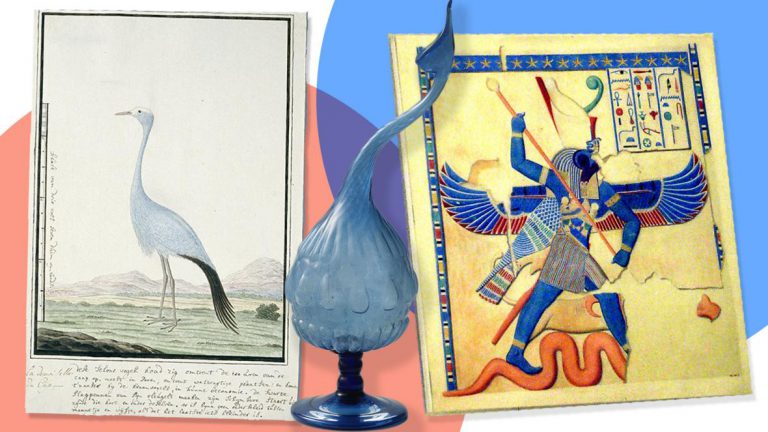 Artificial intelligence is both a challenge and a chance for today’s art world. Digital art collections are growing, NFT is booming, and more and more AI artists are appearing on the art scene. Technology has also entered the curatorial area of the arts. Several research projects have been launched. They explore the potential of robots and their future collaboration with the museums in terms of creating art exhibitions.

Dust and Data, Whitney Biennial, Bucharest Biennial are just a few projects that are raising a question of how Artificial Intelligence can aid curating in 21st century. Who are the modern curators and will AI replace them?

We have already taken for granted digital art as well as using computers for digitizing archives and art collections. However, we are currently starting to understand the ability of technology to analyze and catalog art pieces in just a few seconds. The potential of machine learning and artificial intelligence are well known in other areas such as medicine, education, and e-commerce. Right now the biggest museums and art collections are also exploring these tools. They are looking for new paths to make their institutions use the full power of technology.

Working with AI also involves some moral aspects. You might have heard of machine learning bias (AI bias). This is a phenomenon that occurs when an algorithm produces results that are systematically prejudiced due to incorrect assumptions in the machine learning process.

For instance, if you are looking to hire a new employee and you use AI in the initial process of viewing the resumes, it might choose only white men as your future worker. In this case, it would instantly cross out women or people of color. Another example of AI bias is when image recognition systems associate the images of kitchens, shops, and laundry only with women.

Museums of the 21st Century

Museum collections are now more accessible, audiences are more digital, especially in the times of pandemic. We can say that art is very much a product on demand everywhere we go. Art collections can also have numerous digital references outside the respective collection and create new forms of audience engagement. All this makes curatorial work more digital and more complex. The art world crosses the boundaries of place and time. We do not need to have a physical work in a museum to use it in an exhibition. There are many more ways of showing it and interacting with the audience.

Curatorial work not only requires knowledge of the arts but also technology and other inspiring tools in the digitally pervasive 21st century. Technology is always on and the systems allow for new human–art interactions. It’s just a matter of imagination how we will use them.

Dust and Data – The Art of Curating

One of the research projects on this topic is “Dust and Data – The Art of Curating in the Age of Artificial Intelligence (DAD).” It is a 2-year artistic research project that aims to study the curatorial potential of AI with the support of several museums and institutions. DAD is located at the Academy of Fine Arts, Vienna and the Institute of Computational Perception, Johannes Kepler Universität Linz. During the first nine months, DAD was also located at the Austrian Research Institute for Artificial Intelligence (OFAI). DAD will create a set of entirely new means for curating in the age of Artificial Intelligence. An interdisciplinary group of curators (Niko Wahl, Alexander Martos), AI experts (Arthur Flexer) and exhibition designers (Irina Koerdt and Sanja Utech) will be working on those solutions.

The project will also turn the digital findings into physical objects or tools.

Another interesting art initiative is that of the Whitney Museum of American Art in cooperation with Liverpool Biennial. The project attempts to conceptualize 64 different curatorial statements and artist choices for future exhibitions. They are all “curated by a robot.” It developed as a collaboration between artists UBERMORGEN, digital humanist Leonardo Impett, and curator Joasia Krysa. B3(NSCAM) software that is used in the project works with databases of Liverpool Biennial and the Whitney Museum. The database includes exhibition descriptions, artists’ bios, spreadsheets of demographic data, etc. The software processes the databases linguistically and semantically and generates various combinations of possible instances of the Biennials.

Whitney Museum has no plans to exhibit any of these AI-generated concepts in the real world, however an AI named Jarvis has been appointed to curate next year’s Bucharest Biennial. The robot’s name comes from a fictional AI that appeared in Iron Man films and comics. It is being built in Spinnwerk – a studio located in Vienna. The robot will create a short text as a primary hypothesis. Later, based on  deep learning, the machine will use databases of universities, galleries and art centers. It will learn from them and build up the idea of the Biennial using the initial concept as the key structure.

As the result, at the end of the process Jarvis will make a final selection of artists and works. The Biennial will be a virtual event, additionally the organizers will place VR booths in Bucharest and Vienna so that people who lack virtual reality sets at home will be able to fully experience this new art reality.

Harvard Art Museums host metaLAB – an idea foundry, knowledge–design lab, and production studio experimenting in the arts and humanities. One of its projects is “Curatorial A(i)gents,” a series of initiatives based on machine learning developments in various areas of the arts. An example is a project that uses AI to make the weather a curator. As it states: “using weather data and a camera feed of the sky, a custom software continuously selects works from the museum’s collections by linking color between meteorological observations and image metadata.”

The Future of Curating?

Museums have been experimenting with AI since 2016. Recognition was one of the first projects to use algorithms to search through Tate’s databases looking for visual and thematic similarities between artworks. The program produced more that 7 thousand matches between paintings in the collection of Tate and images provided by Reuters. On the website you can view the most thought-provoking, beautiful, striking, and controversial matches.

So what is the future of curating? Will digital curation look for visually engaging artworks and show the artists that have their own strong voice and exceptional style? Or will AI have their own set of criteria to make a choice of their own?

I do believe that very soon humans will work hand in hand with AI curators. Therefore, AI will be responsible for searching through databases in seconds, but still a human will rely on emotions of the viewers and make the final selection of artworks based on that. Or will AI soon understand how art makes people feel and will be able to act as an individual curator?