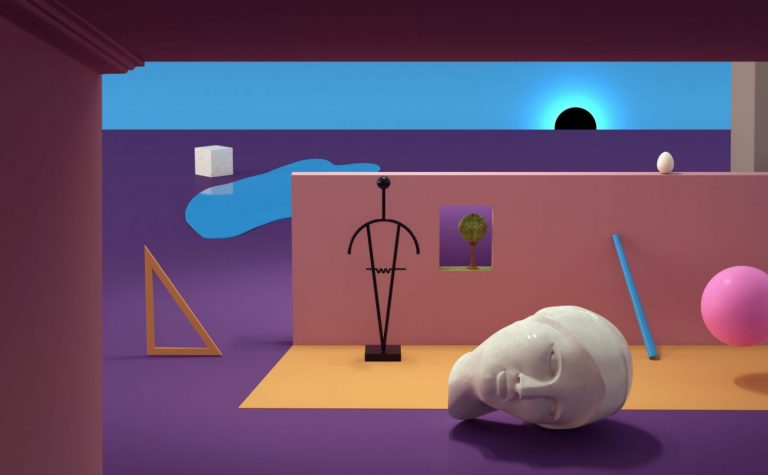 While digital NFT art is booming, recently becoming one of the most broadly discussed topics in the art world, this success has also raised an issue of its environmental cost.

NFT (non-fungible tokens) art is seen by many as an evolution in art collecting in relation to digital assets. The tokens are sometimes sold for millions of dollars, contributing to the creation of the crypto art market, the value of which is constantly growing. On the other side, interest in NFT art has also raised questions of its impact on the Earth’s climate and high carbon dioxide emissions generated by the cryptocurrencies used to buy and sell them.

How Is Crypto Art Influenced by Cryptocurrencies?

All of the crypto art platforms use cryptocurrencies, especially Ethereum, to make transactions selling and buying digital art pieces. NFTs exist on Ethereum blockchain which is energy costly – the tokens are created (mined) based on a process known as Proof-of-Work that necessitates large computing powers that emit CO2. This incredibly power-hungry process acts as a sort of security system which keeps financial records secure and makes it possible for the transactions to be made peer-to-peer without a need for a trusted third party (like a bank).

Proof-of-Work is used widely for validating transactions and mining new tokens. Therefore, the more crypto art scales and the more interest it gains, the more energy we need as new miners join the network.

What remains a question of debate is whether NFTs are significantly increasing the emissions from Ethereum, or if they are still a relatively small amount of all the transactions made there. However, crypto art seems to be a new trend, and it may soon lead to very high levels of pollution.

Artist Memo Akten decided to trace the blockchain activity related to 18,000 works of NTF art. We know that energy consumption goes beyond adding a token to the blockchain – there are a number of other factors to consider as well, such as transactions receiving offers or reselling works on the NFT market.

To highlight the issue of gas emissions related to NFT art, Akten created the cryptoart.wtf website which “was designed to share the best available information about the energy use and environmental impact of the growing Proof-of-Work based crypto art and NFT markets.” The website was a kind of a roulette which selected digital artworks and provided estimates of energy consumption and emissions until Akten took it down on 12th March. This was after he saw that someone had misused it and calculated the footprint of the whole Foundation app’s transfers and spread, attributing it to one NFT.

Until recently the environmental problem related to NFT art did not exist, due to the small scale of this phenomenon, but now the interest and sales of digital assets has skyrocketed so rapidly that the energy consumption of the whole process is getting very high.

Artists on Ecological Cost of Cryptocurrencies

Joanie Lemercier is a modern art creator who wanted to make his works more sustainable and lower his impact on the planet. Discovering the crypto art world, he decided to release some of his digital works on the NiftyGateway platform. It sold out in 10 seconds and he started preparing his second release. But on the day it was due to drop, he decided to publish a blog post instead, calculating that his release of six crypto art works consumed in 10 seconds more electricity than his entire studio in the previous two years.

He mentioned that we lack transparency and best practices, and we are not provided with the information on how to minimize the harmful impact of these transactions on the environment.

Some artists claim that their artworks will be carbon neutral, as they offset emissions from their NFTs by investing in renewable energy projects that remove carbon pollution from the atmosphere. This attitude, though, raises a lot of criticism.

Ethereum is planning to move to a mechanism called Proof-of-Stake (PoS), which is less energy intensive. However, as it is a big technical challenge and is less tested, it might still take a long time until this upgrade is fully launched. Its launch would mean that Ethereum’s electricity consumption would drop by 99%.

In the meantime, artists have been seduced by this opportunity to enter the art market and see it as a way to bypass the challenges and barriers that go with the traditional art market. Those that are not well-known in the art world have been struggling a lot to monetize their art, and NFTs open a whole new world and possibilities to them.

Ultimately, these artists are also the ones that are demanding changes, and if the platforms don’t meet their expectations they might turn to marketplaces that use cleaner cryptocurrencies.

The art industry has been facing the challenge of its carbon footprint for some time already. Despite the art world’s image as socially conscious, artworks crossing the borders for various fair shows and exhibitions have led to increasing pollution. Will we soon see a major change when collectors ask themselves questions about alternative shipping methods, or better choices in building digital art collections? Will the platforms reward people who can find new ways of making crypto art more sustainable?