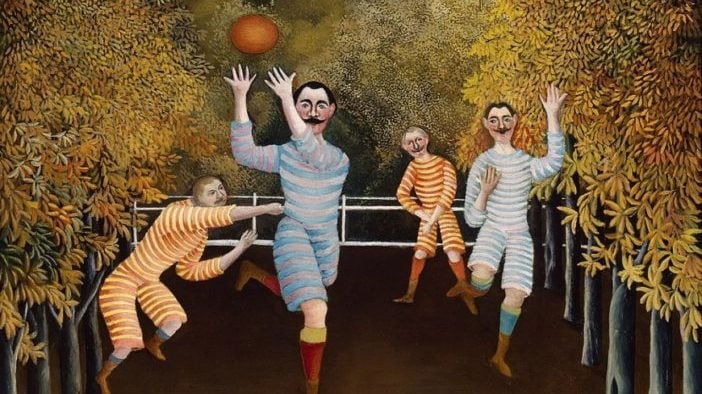 From October 17th to March 1st 2020 Milan will be the meeting point for some of the most important artworks of the Impressionist movement. Palazzo Reale tells the story of the Thannhauser collection and will be witness of the museums desire to give the opportunity to appreciate, study, and learn from real masterpieces of Impressionists, Post‐Impressionists and proponents of the early 20th century avant-garde, like Paul Cézanne, Edgar Degas, Paul Gauguin, Édouard Manet, Claude Monet, Pierre-Auguste Renoir, Vincent van Gogh, and Pablo Picasso.

An important collaboration between Palazzo Reale and the Guggenheim museum in New York is opening the new season of the Milanese museum. This stunning exhibition, with masterpieces from the beginning of the 19th century, arrives in Italy after a Spanish and French tour, taking us to the origins of modernism, revealing the formal experimentations and the techniques of the avant-garde of that period and the years to come.

From the late 1900s, Heinrich Thannhauser and his son, Justin, were among the most prominent art dealers and collectors in Europe, developing a program of groundbreaking exhibitions in their galleries in Munich, Lucerne, Berlin, Paris, and later, New York.

The Thannhausers’ promotion of artistic progress and the early careers of many pioneers, from Vincent van Gogh to Pablo Picasso, paralleled the vision of the museum’s founder, Solomon R. Guggenheim. The foresight of these collectors has enabled museums to offer new spaces with more freedom to not only create new visual languages but to also make possible the study of the masterpieces useful for a better understanding of the society and culture.

This exhibition tells the story of the extraordinary collection built up over the years by Justin K. Thannhauser, who in 1963 announced his intention to donate the bulk of his art collection to the Solomon R. Guggenheim Foundation. These works on have been on extended display in a designated space in its museum ever since.

From van Gogh to Picasso

The exhibition features two paintings by Pierre‐Auguste Renoir: Woman with Parakeet (1871) and Still Life: Flowers (1885); four paintings by Georges Braque, including Landscape near Antwerp (1906), Guitar, Glass, and Fruit Dish on Sideboard (1919) and Teapot on Yellow Background (1955), juxtaposed with Still Life (1926–1927).

Six works by Paul Cézanne are exposed, two landscapes: The Neighborhood of Jas de Bouffan (1885-1887) and the magnificent Bibémus (1894–1895), and two still life's set against another landscape and the well known Man with Crossed Arms (c. 1899).

Thannhauser had collected various pieces by Edgar Degas, including the three superb bronze sculptures on display: Dancer Moving Forward, Arms Raised, Spanish Dancer, and Seated Woman, Wiping Her Left Side. There is also another exceptional bronze, Woman with Crab by Aristide Maillol, dating to the early 20th century. The landscape that seduced Europeans during the Paul Gauguin retrospective organized by the Thannhauser gallery in Berlin in 1928, Haere Mai painted on Tahiti, is also displayed in Milan.

Thannhauser also collected works by the celebrated artist Édouard Manet, Before the Mirror (1876), one of the most important paintings in the collection, is juxtaposed with Woman in Striped Dress (c. 1877–1880) which, left unfinished by Manet, was later radically altered after a careful art historical research and restoration project carried out from 2015 to 2018, which has brought to light the artist’s brushwork and the vibrant colour of the dress.

Three works by Vincent van Gogh are included in the show: Roadway with Underpass (1887) as well as Landscape with Snow (1888) and Mountains at Saint-Rémy (1889).

The works by Pablo Picasso, a great friend of Justin Thannhauser, deserve a special mention: thirteen paintings are on display, 12 of which formerly belonged to Thannhauser, the other one, Landscape at Céret (1911), is also from the Guggenheim collection. They range from 1900 to 1965: Le Moulin de la Galette and The Picador (1900), Woman in an Armchair (1922) indebted to classical statuary; the stunning Woman with Yellow Hair (1931), one of the highlights of the collection, which reveals a new departure in Picasso’s painting; Still Life: Fruit Dish and Pitcher (1937); and Lobster and Cat (1965), which bears an affectionate dedication from the artist to his collector friend, and was actually Picasso’s wedding present to the Thannhausers.

Together with the splendid works from the Thannhauser Collection, the Guggenheim Foundation has chosen to display a number of other prestigious works by the same iconic artists and other great masters, such as Henri Rousseau, Robert Delaunay, Henri Matisse, Vasily Kandinsky and Paul Klee, to enrich the exhibition.

This exhibition offers a unique opportunity to view exceptional works by iconic European painters and sculptors, which have not been displayed together outside of the United States since 1960s and will be open until March 1st 2020 at Palazzo Reale in Milan.