French Elegance – How Did Women Dress in the 18th Century? 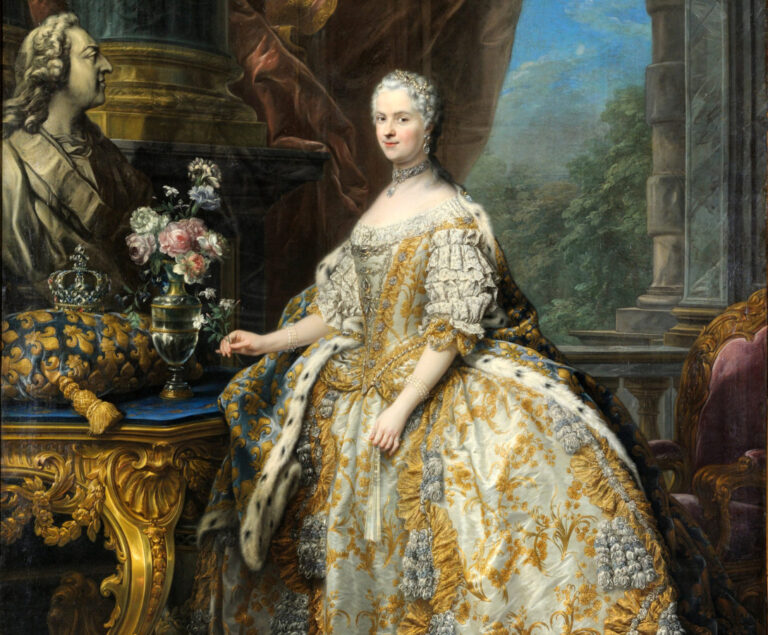 While we can no longer personally experience the splendor of 18th-century fashion, thankfully many painters of the time left us the answer to the question how did women dress in the 18th century?

Their artistic depictions allow us to visually appreciate and enjoy the significant fashions of their era. The way women dressed during the period was truly remarkable and left its mark on the history and development of fashion in a way that few others did.

How Did Women Dress in the 18th Century?

The beginning of the century was all about silhouettes – sleek shapes and narrow-looking dresses. A plain style was preferred, without too many ornaments. This style was strongly influenced by Françoise d’Aubigné, the wife of King Louis XIV. Soon after his death, however, the style changed significantly.

Women began wearing the robe manteau, which evolved into the more refined robe volantes and later into the robe à la française. The Baroque-era dresses also started being decorated with ribbons and lace.

When it came to makeup, a lot of white foundation was used and made from materials such as egg whites. The lips were usually the color of red or cherries. Hair was often worn with a cap and close to the face.

The Later Decades of the 18th Century

As the years passed, women began dressing in a more colorful style, and panniers became more comfortable. The fashion at the beginning of the second half of the 18th century was all about silk materials decorated with bows, strongly influenced by Rococo. Later in the period, fashion became inspired by what Marie Antoinette wore.

After the robe à la française was no longer in style, women began wearing the robe à la polonaise, which was later replaced by robe à la anglaise. The outfits were showing more skin, as the length of the dresses was slightly reduced. Necklines were also becoming more open.

The end of the 18th century – which corresponded to the aftermath of the violence of the French Revolution – was the time of Les Incroyables et Merveilleuses. During this period, women skipped corsets and began wearing Turkish dresses, combined with curved heel shoes and tall wigs. This was a brief period of mindful revolt by the surviving members of the upper classes against the terror and restrictions of the revolution, and once it was over, women’s fashion returned to a more modest and sober feminine style.