Every Dog Has Its Day… 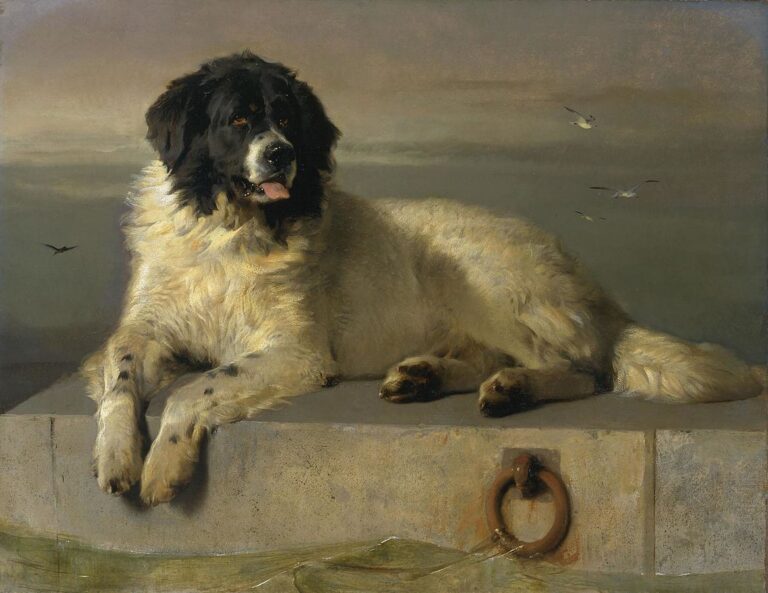 No one will ever be as happy to see you coming back home as your dog. As they are always with us they do deserve their place in art. And they certainly have it, not only as companions in their owner’s portraits but also on their own. As you can see below dogs in art come in all shapes and sizes, but are always our best friends... almost always. 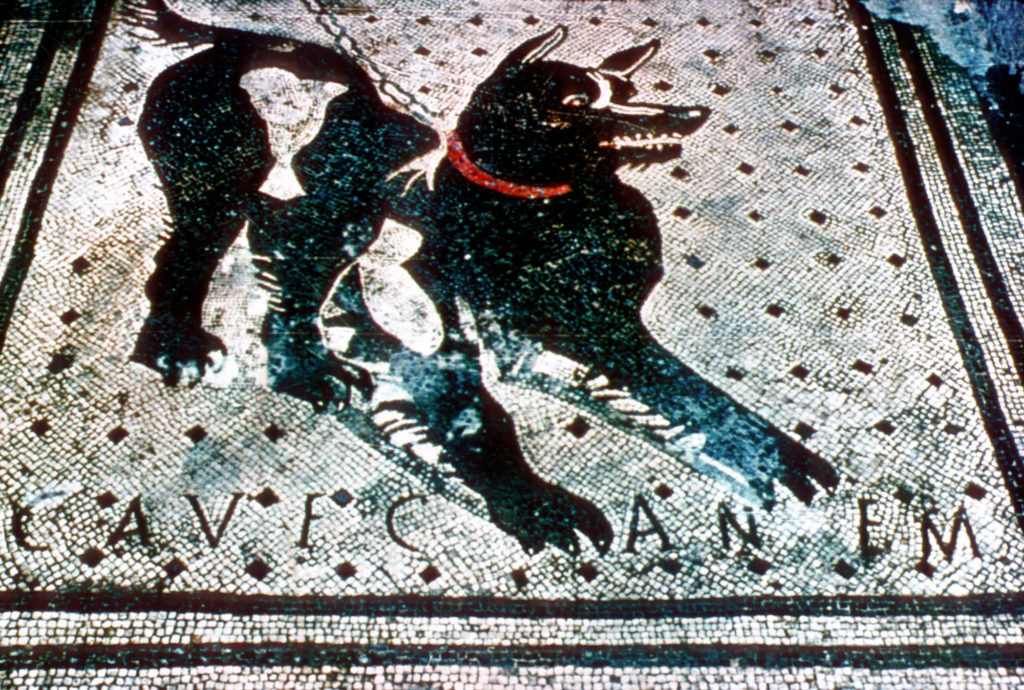 Cave Canem mosaic, House of the Tragic Poet, Pompei, 2nd century[/caption] Not a portrait exactly, but an early example of ‘beware of the dog’ plaque, on a slightly larger scale too. Some things last for a long time (the plaques), some thankfully go away (the chain). 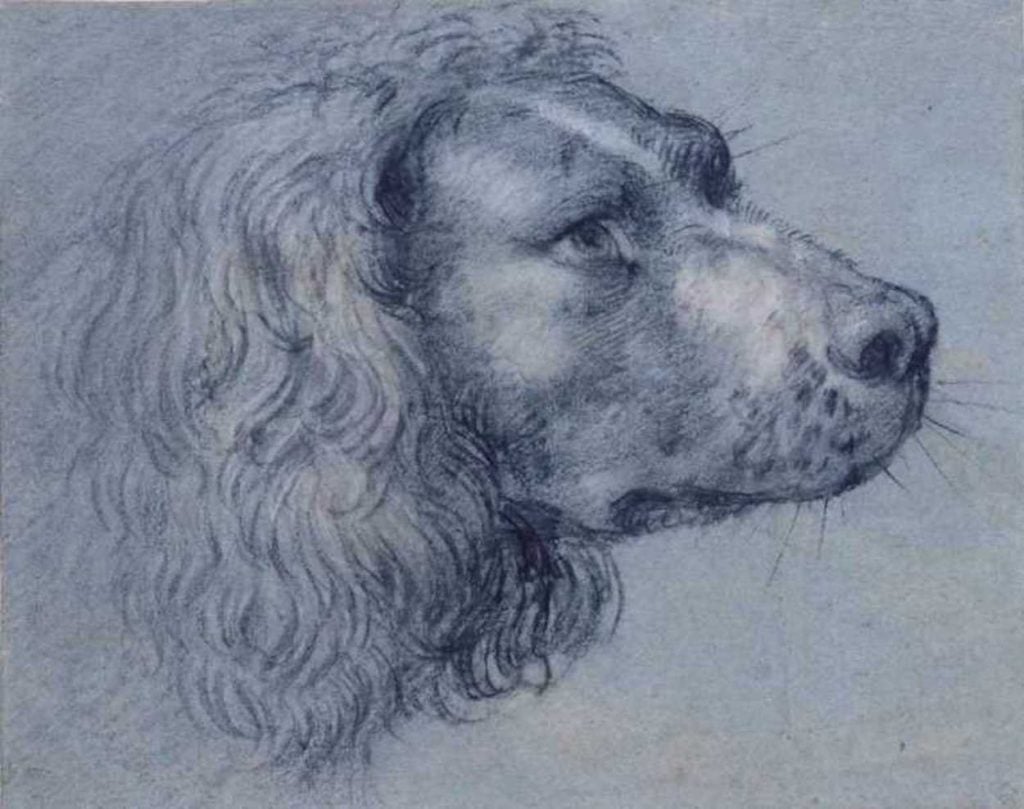 Agostino Carracci, Study of a Spaniel's Head, ca 1598, Kupferstichkabinett, National Museums in Berlin[/caption] Hmmm… this one looks to me a bit more like a lion, not a spaniel, but the look in its eyes cannot be mistaken… someone is eating something and not sharing! 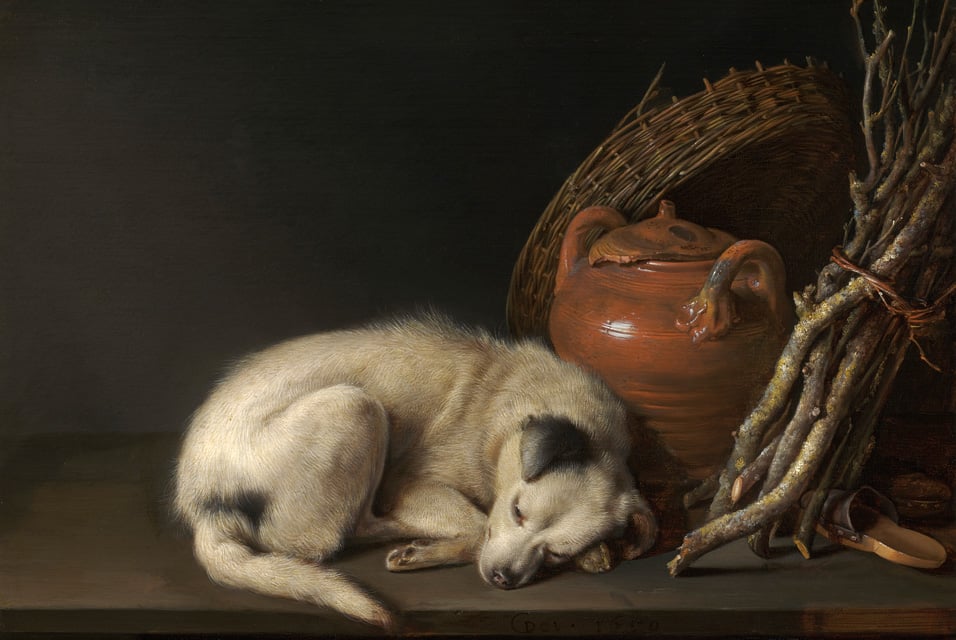 Gerrit Dou, Sleeping Dog, 1650, Rose-Marie van Eijk van Otterloo Colection[/caption] Is it really sleeping or just pretending so it doesn’t have to do much? 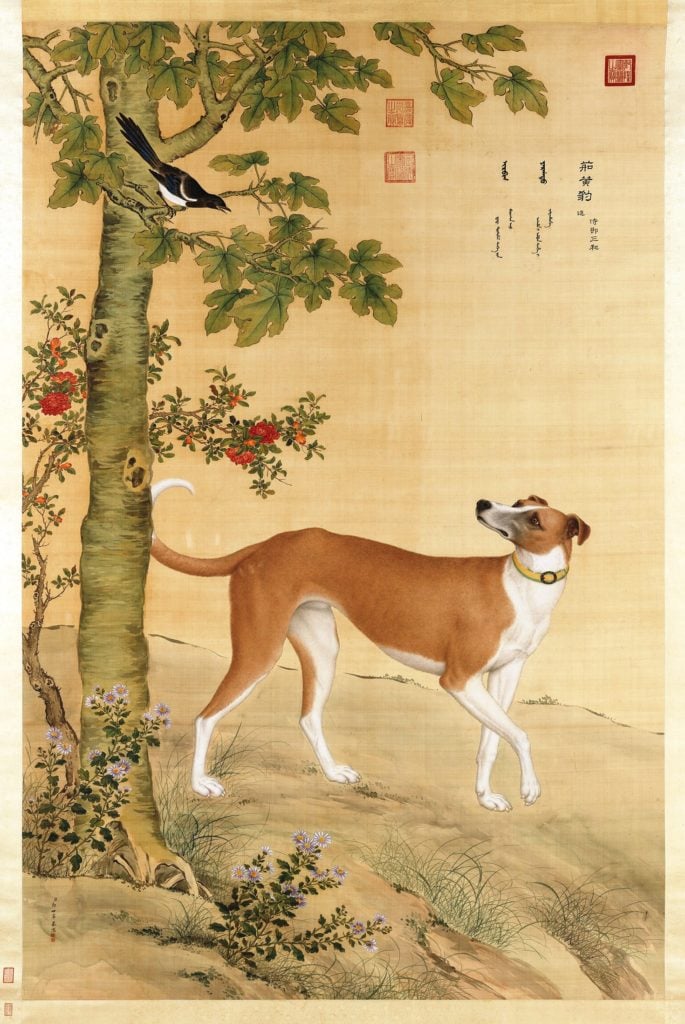 Giuseppe Castiglione, Tawny Yellow Leopard, 1747, National Palace Museum Taipei[/caption] By no means is this a leopard, actually, Castiglione has been commissioned by the emperor Qianlong to paint a series of Ten Fine Hounds so it definitely is a dog. 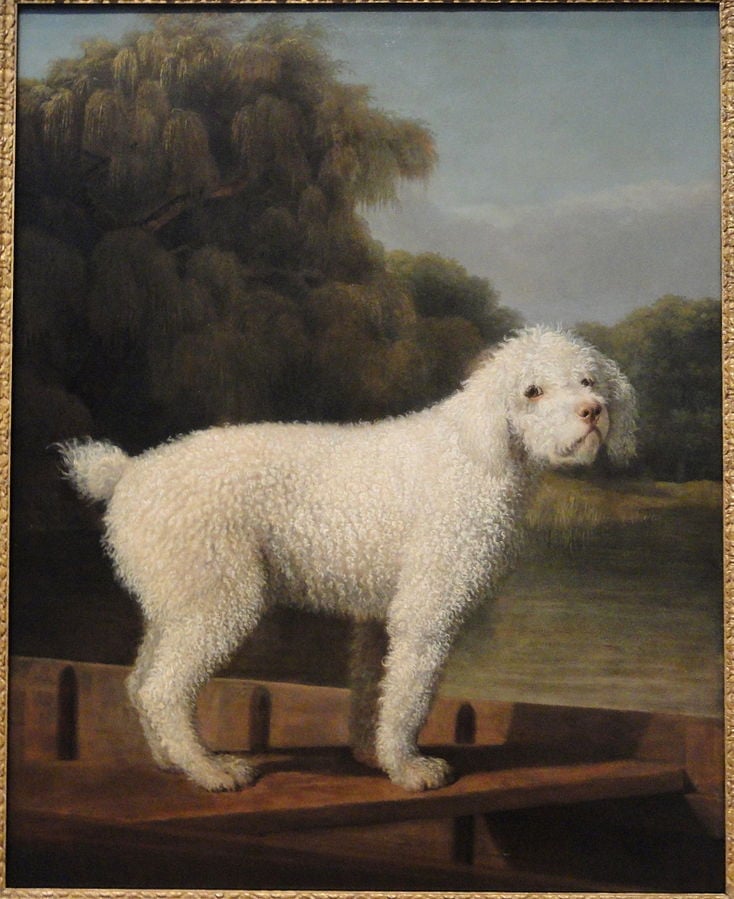 George Stubbs, White Poodle in a Punt, ca 1780, National Gallery of Art Washington[/caption] It does not seem very happy, does it? Poodles were water retrievers, so it should feel comfortable in proximity of water, maybe it’s the missing duck… 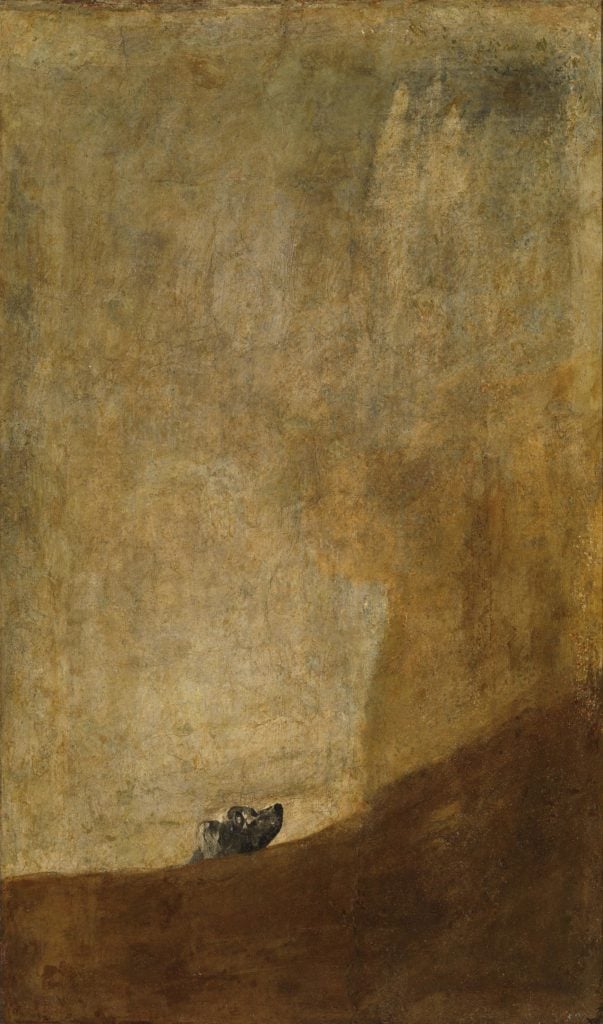 Francisco Goya, The Dog, ca 1819 1823, Museo del Prado[/caption] So dramatic and sad, probably one of the most moving depictions of a dog in art.

Édouard Manet, A King Charles Spaniel, ca. 1866, National Gallery of Art[/caption] I know you have my snacks! I’ll get you as soon as we’re done here! A truly noble one, art before snacks. 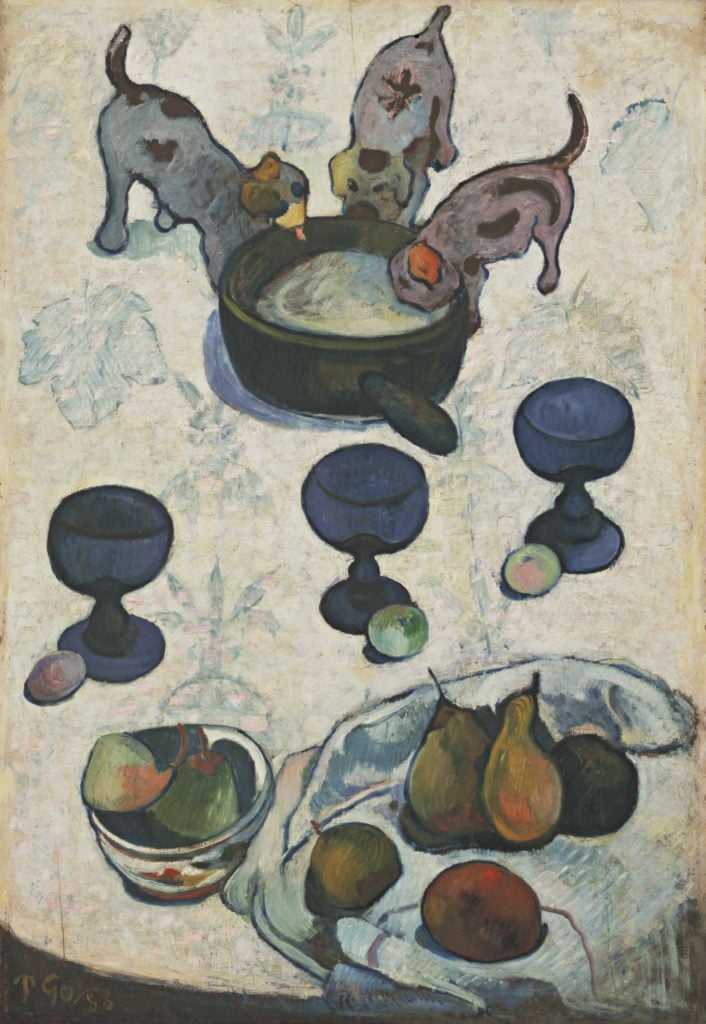 Paul Gauguin, Still Life with Three Puppies, 1888, Museum of Modern Art[/caption] It is difficult to resist the charm of a puppy, with three no one stands a chance.

9. Last but not least - A Distinguished Member of the Humane Society 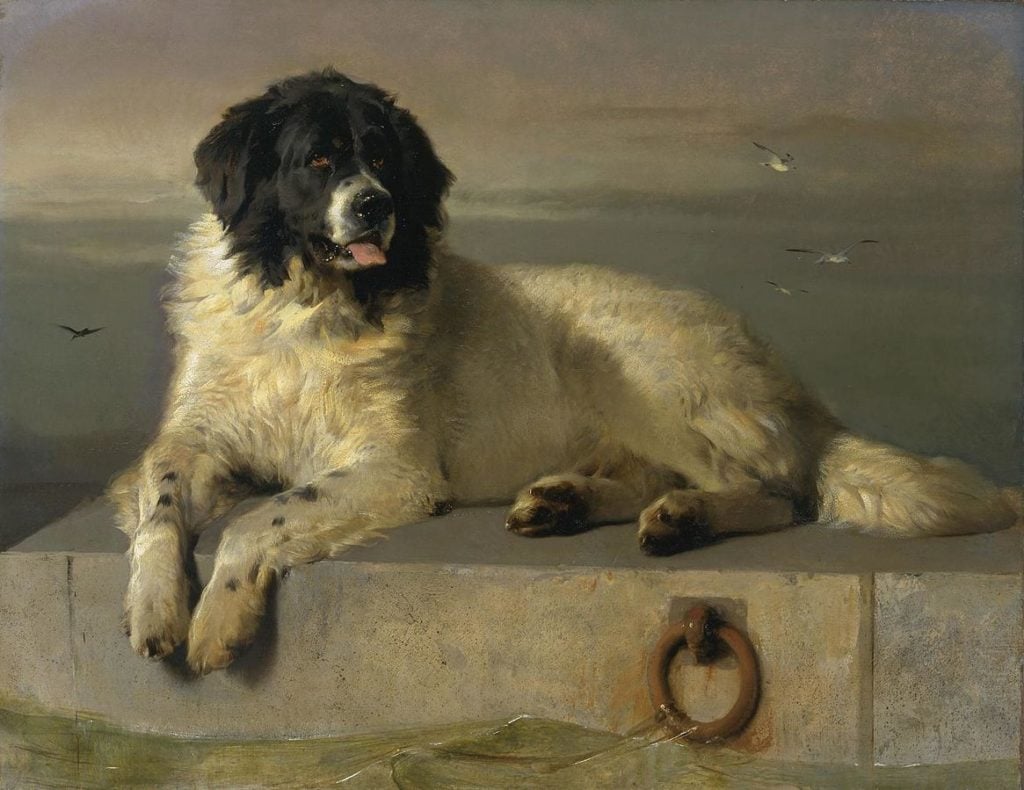 Sir Edwin Landseer, A Distinguished Member of the Humane Society, 1838, Tate Collection[/caption] More distinguished and dignified than many people. Bob was made a distinguished member of the Royal Humane Society for saving 23 people from drowning over the course of 14 years. If you haven’t had a dog overdose yet check those out: Jeff Koons And His Balloon Dogs Behind The Yellow Eyes Of The Blue Dog By George Rodrigue It’s A Dog’s Life According To Cassius Marcellus Coolidge Puppies, Doggies And Pugs (For Dog Lovers Only!)

Tingatinga is an art form specific to Tanzania. It originated in the works of a painter whose name was lent to the entire artistic movement. Edward [...]

Painting of the Week: Rosa Bonheur, Sheep by the Sea

Rosa Bonheur was one of the most famous European artists of the 19th century, and she was definitely the most celebrated female artist of her time. [...]