Erwin Wurm: How to See Things in a Different Way 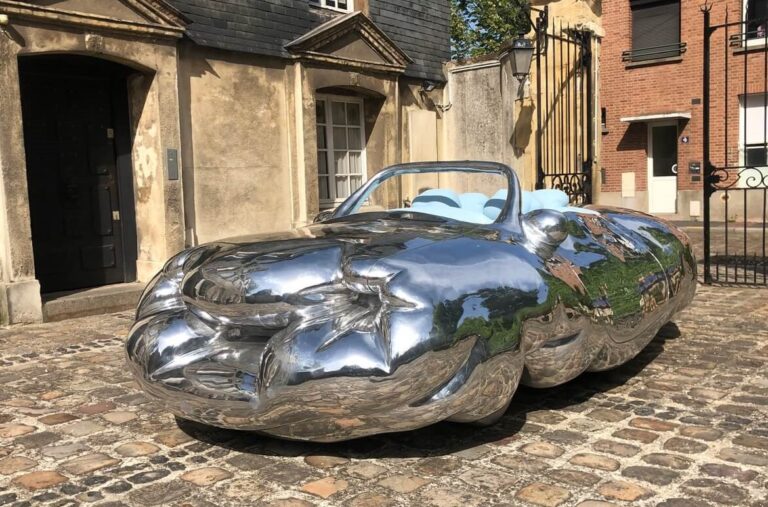 Erwin Wurm is an artist who creates humorous art which is actually either a parody of everyday situations and known objects, or a criticism of our society, and sometimes both at once. He deforms familiar scenes from daily life to disturbing levels and breaks the expectation and the habit of the spectator. So, mixing absurdity with humor definitely brings a new and very interesting point of view.

Erwin Wurm was born in 1954 in Bruck an der Mur, a small village in Styria, a state in the southeast of Austria. How he felt in his childhood is represented in one of his most famous works, Narrow House. It is a model of a house in which his parents lived and where he grew up. In his childhood, the impacts of war were still visible in the form of poverty, feelings of hatred towards others, especially those from different societies and cultural backgrounds. Growing up in those xenophobic times, full of strict limitations and constraints, in a narrow-minded society, created in the artist a feeling of claustrophobia. The same feeling the visitor experiences when entering his cartoon-looking Narrow House shrunk to one-meter width. The narrowness of the house symbolizes not only the longing of the post-war generation for a home but also provinciality and petty-bourgeois ideal of housing.

Sausages and pickles were the food that he used to get when he behaved well as a child. They are now common motives in his works but in most unusual roles. They are funny and at the same time serious. We are surprised how well they stand for some ordinary objects. Another aspect of his work is that he wants it to be both approachable and interactive, which is the opposite of how he felt when he was studying famous classics: Standing in front of these big, heavy works, I felt small as if I was shrinking. So, he invites the audience to consume alcoholic beverages from his Drinking Sculpture, a big standing pickle, which reminds us of a waiter standing straight with an open stance, making guests feel welcome.

The pretty abstract organic marble figure Relief is actually an oversized white sausage, a symbol of traditional values and everyday food but also of excessive consumption and a social environment characterized by narrowness, prejudice, and intolerance. This trivial form of a marble sausage monument has a touch of pathos characteristic of traditional figurative sculpture.

Wurm is very much interested in everyday life and deals in his art with the Western mentality and symbols of success. Excessive consumerism, obesity, fashion, advertising, and food, a familiar reality that surrounds us, are recurring themes in his work.  He uses humor to grab our attention, open our eyes and make us realize the truth. With his Fat Cars from the early 2000s, he shows the imperative of the society to get always new, better, and more expensive cars and at the same time denounces these rules imposed by society by inflating the cars out of proportion and deforming the status symbols. The car, a symbol of mobility, due to its enormous volume, becomes immobile and loses its natural proportions, shape, and its functionality. His humor is sometimes bitter but always witty.

How to See Things Differently

Erwin Wurm wanted to study painting and by chance became a sculptor. But he also took photos, draws, and works with ceramics. He graduated from the University of Graz, Austria, in 1977, and Gestaltungslehre University of Applied Art and Academy of Fine Art, Vienna in 1982. In the 1990s he started working with everyday material. So, he discovered the sweater and wedged his own body into the mesh. In the search for the new forms of sculptural expression, the sweaters are worn incorrectly, the legs are tucked into the sleeves. As a result, the round neckline sits frontally on the stooped body, and the head of the person is covered. A comic sight at first glance. But with the concealed face and the lumpy compressed body, the structure seems rather frightening. Even small changes stimulate people to see things differently. And to achieve this, an overstretched sweater is sometimes enough.

Interaction with the Artwork

There are often works in his exhibition that require the audience to be an active participant in the realization of the artwork. Bringing people into unusual situations and positions is a persisting element in Wurm’s work. He became famous through his One Minute Sculptures, which invite the viewer to become a work of art even for a short time through certain predetermined movements and positions.

Wurm’s main interest has always been to address sculptural concerns and the relationship to the human body. His work is apparently easy to pick up and funny to look at, but there are also different aspects of his work. With his words:

artists have the ability to reflect in the best way the particular moment in which they are working and to address the concerns and issues of our time.