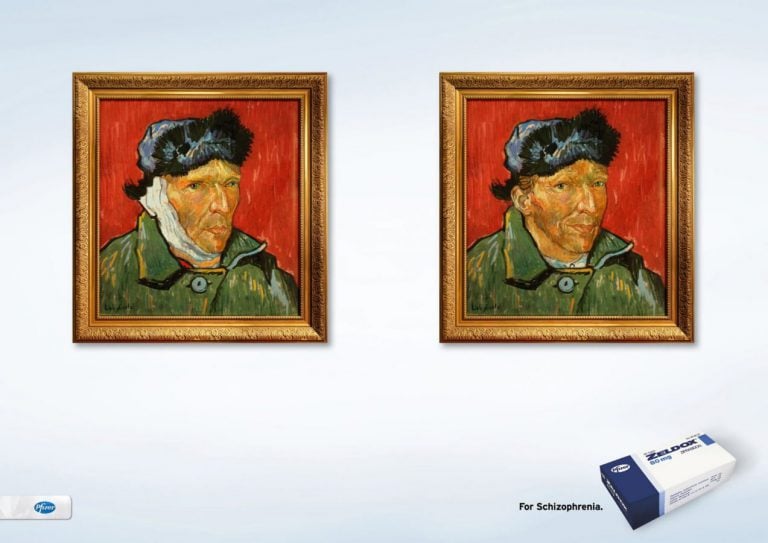 Type the words “art in advertising” into your internet search bar and, more than likely, multiple sources on the topic will arise. Sources ranging from the appropriating of fine art, to the connections of art and advertising and their purpose in the world. Furthermore, the sources provided in that search might provide you with more questions. Or they might provide answers as to whether the connection between the two is merely appropriation or theft. But there is much more to the story than just that.

What Do Art and Advertising Have in Common?

The argument that the purposes of art and advertising are highly similar is nothing new. Ultimately, they share the same intention of making an emotional impact on the viewer or to elicit an emotional response of some sort.

Think back to all the forms of advertising that you have seen throughout your life. Is there something, some emotion or memory, that you recall from that interaction? What aspect of those advertisements, be it on paper or in a commercial, stuck with you? Now, look at your favorite pieces of fine art. Have they stayed with you in the same way? Companies use this question and as a result impact the world around us.

The World of Pop Art and Advertising

Artists like Andy Warhol became famous for appropriating already existing images and pieces of art in order to further their own work. And Warhol’s work simultaneously advertises certain products, thereby pushing the boundaries of what creating art really means.

In fact, this is one of the best examples of where art and advertising meet. The pop artist appropriated many images in his career, using them to create his own form of art which ultimately was to challenge the perceptions of what art truly was. Warhol did this with the Campbell’s soup can, boxes of Brillo pads, Coca Cola bottles, publicity stills of famous actors, and more.

The Other Side of the Art/Advertising Coin

There is a plethora of examples where advertising agencies have incorporated fine art in order to reach their audience. Companies such as Apple, Kitchen Aid, Orbit Gum, and many fashion houses, have been known to take something we are are familiar with, are comfortable with and recognize, and use it to further sell their products and ideas.

Among the long list of advertisements that incorporate fine art, perhaps some of the smarter ones present the question, “what if our product existed in the same window of time as these great works of art?’” The advertisement for a schizophrenia drug which has been combined with Van Gogh‘s Self Portrait, asks what could have happened had the master artist taken their drug? Would his mental illness have been cured? Or, would he have kept his ear?

Advertising agencies, like the one who partnered with the Ukrainian Ministry of Culture and Information Policy to re-edit famous artworks during the 2020 quarantine, utilize the motto “work smarter not harder.” They do this in order to get the biggest reaction. And indeed, why not use something already in existence to get the company’s desired point across? It was engaging and on point for 2020.

Fashion houses, such as YSL and Moschino have re-imagined famous works of art to influence their fashion designs as well as to market them commercially. Below, YSL’s 1998 Autumn/Winter campaign featured the photography of Mario Sorrenti within the backdrop of an image created after the famous Olympia by Edouard Manet.

Whether they utilize the general idea of an art movement, place their products or ads within the frame of famous works of art, or generally recreate a famous work of art via any artistic medium, one thing is at least true when it comes to finding art in advertising. Fine art is a powerful selling and communication tool of which the effects cannot be ignored.