The Story of Collingwood Mural by Keith Haring 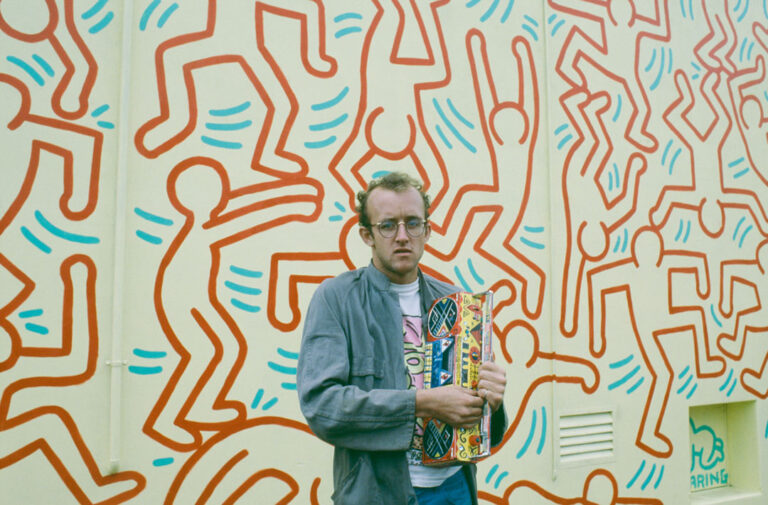 In 1984, American artist Keith Haring visited Australia and created a mural in Collingwood, Melbourne. This is the story of the mural, at what was then the Collingwood Technical School, which is now one of only 31 known murals by Haring that are still in existence worldwide.

Keith Haring was an artist whose Pop art and graffiti-like work grew out of the New York City street culture of the 1980s. His work grew to iconic popularity from his exuberant spontaneous drawings in New York City subways – chalk outlines on blank black advertising-space backgrounds – depicting radiant babies, flying saucers, and deified dogs. After public recognition, he created larger-scale works such as colorful murals, many of them commissioned. His later work often addressed political and societal themes – especially homosexuality and AIDS – through his own unique iconography.

Now, Collingwood’s iconic Keith Haring mural is starting to show its true colors as part of Arts Victoria’s project to restore the artwork and bring back its vibrancy and vitality. The conservation project, led by renowned Italian conservator Antonio Rava, marked the start of a new chapter for the Heritage-listed, internationally recognized, and much loved public artwork.

In the 1980s, Haring drew public works murals around New York City, including his Crack is Wack mural at East 128th Street and Harlem River Drive. Although he’s best known as a New York artist, he didn’t stay solely in the city. He traveled all around the world to paint public murals in cities such as Paris, Berlin, Pisa, Sydney, Melbourne, and Rio de Janeiro. In these cities, he painted at children’s hospitals, charities, churches, and orphanages.